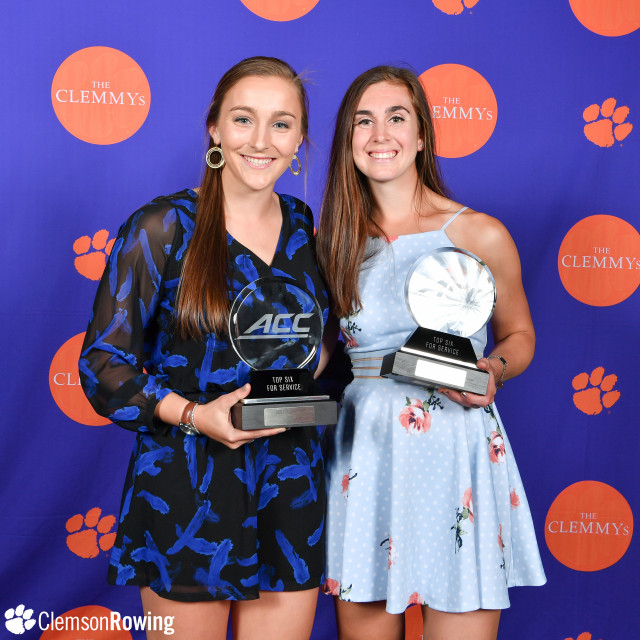 CLEMSON, S.C. – On Monday, April 16, Clemson Athletics hosted the sixth annual CLEMMYs, an awards banquet honoring the athletic and academic achievements for all student-athletes and sports for the spring 2017, fall 2017 and winter 2017-18 sports seasons. Members of the rowing program were recognized for multiple academic achievements, with a complete listing below.

All-Academic Team
Award is presented to the student-athlete from each team that has earned the highest cumulative GPA following 60 or more hours earned at Clemson.
Sophia Porach

Cecil Huey Award
Award is presented to a graduating student-athlete that has demonstrated academic and athletic achievement while adhering to high ethical standards and has plans to attend graduate school.
Hannah Maeser