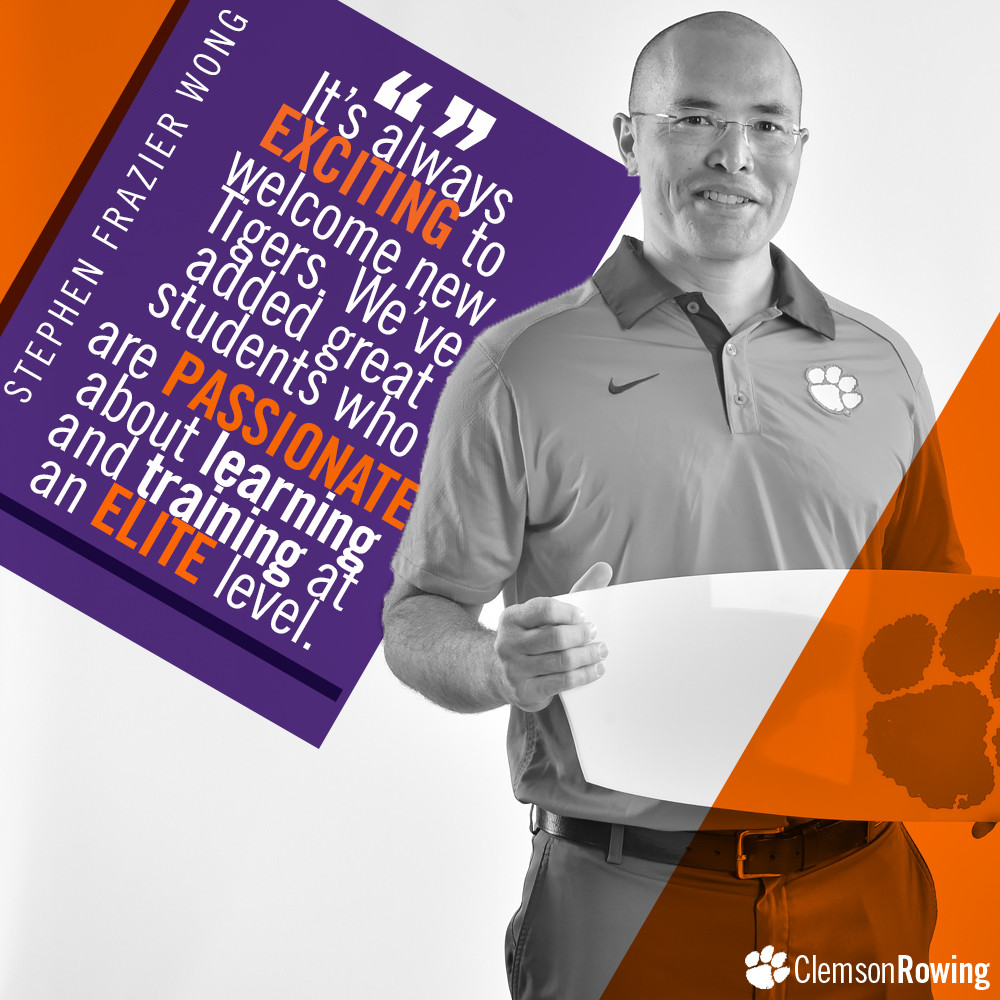 “It’s always exciting to welcome new Tigers into our family,” Frazier Wong said. “Here at Clemson, we are looking for great students who are passionate about getting an education as well as training at an elite level.

Katie Flynn (Cincinnati, Ohio • Walnut Hills High School • Cincinnati Junior Rowing Club • coach: Andy Piepmeier) has extensive USRowing experience, placing second with the Varsity 8+ at Youth Nationals in 2016 and fourth a year prior. Flynn also earned medals at the 2015 and 2016 Club Nationals. She has raced with CJRC to five titles at the Midwest Junior Rowing Championships in the Varsity 8+ and 4+. Flynn also rowed to gold at the 2015 Head of the Hooch in the Varsity 8+. She will join former CJRC teammate and current Tiger freshman Kira Ritter next fall.

Madeline Quinby (Murfreesboro, Tenn. • St. Cecilia Academy • Nashville Rowing • coach: Eric Gehrke) rowed throughout her high school career. She helped the Varsity 8+ to a gold medal at the 2016 Head of the Hooch and is a three-time medalist at the Southeast Regional Championships. She has extensive experience in premier events such as the Youth Nationals and Head of the Charles.

Cate Schrieber (Berwyn, Pa. • Merion Mercy Academy • coach: Mike Brown) helped her school to a silver medal at the 2016 Stotesbury Cup and also has medaled in the Philadelphia City Championships on multiple occasions. Schrieber helped qualify Merion Mercy for the Youth Nationals after racing to eighth place at the SRAA Scholastic Nationals regatta. Her older sister, Elizabeth, is a sophomore rower at the University of Notre Dame.

Kaley Wojciechowski (Tampa, Fla. • Steinbrenner High School • Stewards Foundation • coach: Michael Smith) earned experience in the pairs at the 2015 Youth Nationals and 2016 Club Nationals, finishing as silver medalist in the latter. A two-time team captain, Wojciechowski won gold in the 2- at the 2016 Southeast Regionals and in the 4x in 2015. She also helped the Varsity 4x to bronze medals at the 2015 and 2016 Head of the Hooch regatta in Tennessee.