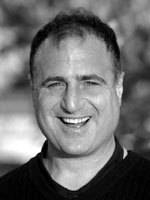 CLEMSON, SC — Richard Ruggieri, who has spent the past seven seasons at the University of Louisville, was named head coach for the Clemson rowing program on June 29. He becomes just the second head coach in the history of the program, which began during the 1998-99 academic year at Clemson.

“I am excited about the opportunity to coach at Clemson University,” said Ruggieri. “The academics, resources, and facilities are in place to be a consistent top 20 team. To do this, we will focus upon creating an environment dedicated to making good decisions on and off the water. These decisions will always put the team ahead of the individual and be reinforced by a high level of passion and pride for Clemson University.”

Ruggieri took over the reigns of the Louisville program in 2000. During his time at the school, the Cardinals steadily climbed the ranks in the South Region and on the national scene as well.

In 2007, Louisville’s varsity 8+ ranked 17th in the nation, fourth in the South Region and runner-up at the Big East Championships. His second varsity 8+ and second varsity 4+ crews won conference titles in 2007. He coached Beth Daunhauer to second-team All-America honors and two rowers to All-Region honors. His program also produced 10 CRCA National Scholar Athletes, a school record.

Ruggieri’s 2006 team finished with a third-place showing and a second place varsity 8+ South region ranking. He coached five rowers who earned All-Region honors that season, including three first-team selections. The Cardinals were second at the Big East Championships as well. The Cardinals’ varsity 8+ concluded the season ranked 20th in the final national poll.

In 2005, he coached Amelia Buhts to second-team All-America honors and two others to All-Region recognition. The Cardinals’ varsity 8+ was 22nd nationally in the final poll of the season, while Ruggieri’s squad was fifth in the South Region. In 2004, he led the Cardinals to a sixth-place region finish and also coached five CRCA National Scholar Athletes. Ruggieri led the Cardinals to its first-ever national ranking in 2003.

Off the water, the Cardinals enjoyed much success. During Ruggieri’s tenure two rowers were named student-athletes of the year for Louisville Athletics. Two rowers also received the National City Post Graduate Scholarship for the outstanding senior student-athlete. In 2007, Louisville Rowing received the Cardinal Cup as well as the CARDS Care award for the most volunteer hours of any Louisville sports program. This was the second time they received this award as well as the second for the individual recipient. The Cardinal rowers have also recorded a 3.0+GPA for all seven years under Ruggieri’s leadership.

Prior to his time at Louisville, he was in charge of the men’s and women’s varsity programs at Bates College in Lewiston, ME. In just one season, he led the women’s varsity 8+ to a top ten national ranking. Before taking on these collegiate duties, Ruggieri coached the elite women at PENN AC and lightweight men at Vesper. This resulted in multiple National Champions and World Championship trials finalist.

The 41-year old Ruggieri is also no stranger to international competition. He has extensive experience working with US Rowing. In 1995, he served as an assistant coach with the U.S. national team and worked at their training center in Chattanooga, TN. The highlights of that year was a third place finish in the women’s 2- at the U23 “Nation’s Cup” World Championships. Also on the international scene was a seventh place finish at the 1998 World University Games. Ruggieri also coached multiple scullers at the 1996 Olympic Trials. All crews finished in the top three with Lisa Carey-Moore being named a spare at the Olympics Games.

Ruggieri earned a bachelor’s degree in physical education at Rhode Island in 1992. He was a four-year rower with the Rams. He also spent two years with the Thames River Sculls, a top club team in the New England area and served two years as a coach.

“We are excited to have Richard join our athletic department,” said Associate Athletic Director Barbara Kennedy Dixon. “He brings with him a great deal of knowledge, experience, enthusiasm and passion for the sport of rowing. Richard has the credentials to continue building Clemson’s rowing program into a consistent Top 20 program. We look forward to his leadership in our continuous pursuit of academic and athletic excellence.”