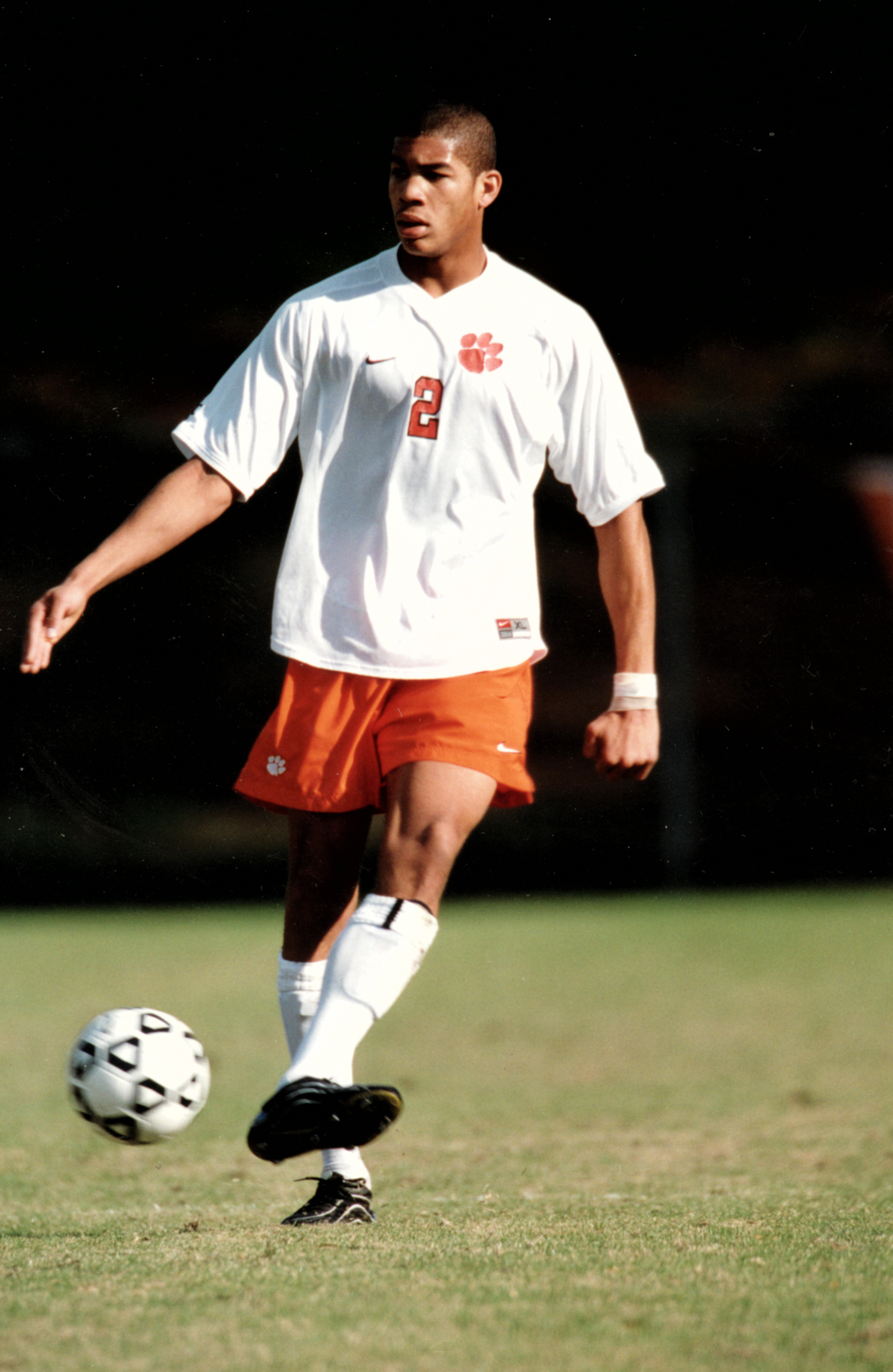 CLEMSON, S.C. – Former Clemson great Oguchi Onyewu has elected to retire from soccer, as he announced via social media on Tuesday.

Onyewu made quite the impact during his two-year career as a Tiger defender in 2000-01, years in which Clemson reached the Final 16 and Final 8 of the NCAA Tournament, respectively.  He earned First Team All-ACC honors in both years and was named to the Soccer America MVP team as well as an NSCAA (now United Soccer Coaches) All-American in the latter year. He was also a finalist for the MAC Hermann Trophy, the most prestigious individual award in college soccer that is presented annually to the most outstanding male and female players of the year, in 2001. His Clemson career concluded when he signed a professional contract with F.C. Metz of France in 2002.

He played with the US Men’s National Team in both the 2006 and 2010 World Cups and earned U.S. Soccer’s Player of the Year Award after the first stint in 2006, making him the most recent defender to receive the honor. After spending most of the 16 years between Clemson and retirement playing across Europe, Onyewu last saw professional action with the Philadelphia Union of the MLS in 2017.