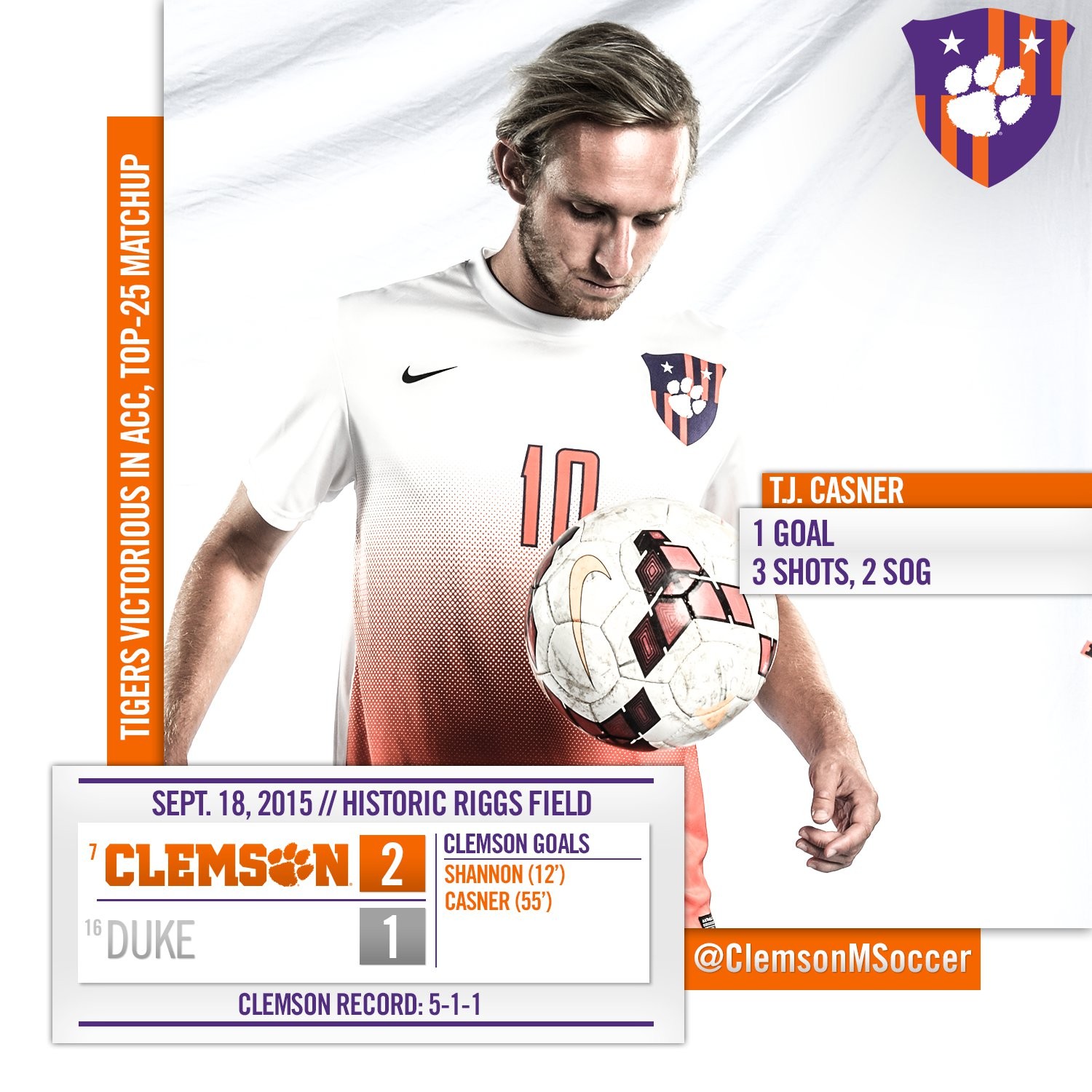 The seventh-ranked Clemson men’s soccer team earned a 2-1 result over the visiting Duke Blue Devils, ranked 16th nationally, Friday night at Historic Riggs Field. Clemson improved to 5-1-1 on the season and 1-1 in the ACC.

Sophomore Oliver Shannon scored his fourth goal of the season in the 12th minute to give Clemson an initial lead. Fellow sophomore Saul Chinchilla picked up his third assist of the season on the score.

Duke scored an equalizer in the 53rd minute off the foot of Brian White, his second goal of the season.

Clemson and senior T.J. Casner would come right back in the flow of play and score the eventual game-winner thirty seconds later. Casner’s third goal of the season came off an assist from junior Aaron Jones, who crossed the ball from the right side.

As a team, Clemson out-shot Duke 14-9. The Tigers held the Blue Devils to one shot in the first half. Clemson also held a 4-3 edge in corner kick opportunities. Redshirt junior Andrew Tarbell picked up his fifth win of the season in goal, saving four shots along the way.

Clemson’s weekend homestand continues Sunday at 2 p.m. when Brown visits Historic Riggs Field. Clemson head coach Mike Noonan coached at Brown from 1995 to 2009, where he went 160-77-31 with the Bears.