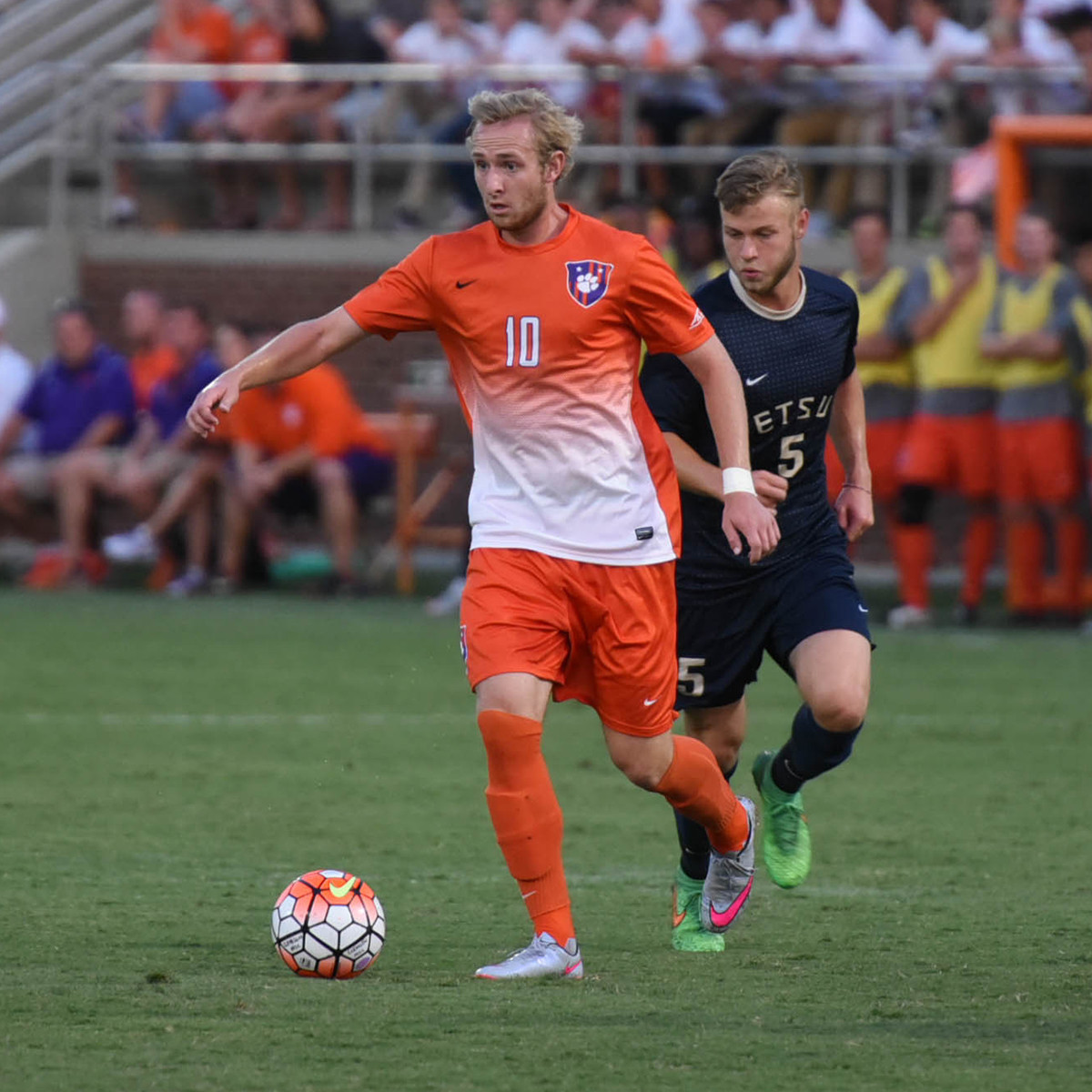 No. 5 Tigers Tie No. 16 Wake Forest on the Road Saturday

Senior forward T.J. Casner gave the Tigers a 1-0 lead in the 32nd minute, scoring on a free kick from just outside the 18-yard box. Casner has now scored in four straight games for the Tigers, and has five goals on the season to lead the team in both goals and points. Wake Forest evened the score in the 62nd minute of play on a close-range goal by Jon Bakaro. Neither team scored again in the remaining 28 minutes of regulation or two 10-minute overtime periods, resulting in the 1-1 tie.

“It was a gritty effort by the team against a very talented Wake Forest team,” said Head Coach Mike Noonan. “We played particularly well in the second half, and our men our disappointed they did not take all three points.”

For the game, the Tigers and Demon Deacons took 14 shots apiece, with eight on goal for Clemson and five for Wake Forest. It was a physical game, with 25 fouls whistled on the Tigers and 18 on the Demon Deacons, as well as a total of seven yellow cards, four on Clemson and three on Wake Forest. Redshirt junior Andrew Tarbell tallied four saves in goal in the draw, improving his season total to an ACC-leading 27.

It was the second-straight tie between Clemson and Wake Forest, as the two teams also played to a 1-1 draw on Nov. 9, 2014 in an ACC Quarterfinal match at Historic Riggs Field. Because the game was a postseason contest, the teams moved on to a penalty kick round, in which Clemson advanced 3-2.

The Tigers hit the road again on Tuesday, Sept. 29 to face Gardner-Webb in Boiling Springs, N.C. before returning to Historic Riggs Field on Friday, Oct. 2 to host Virginia Tech. The match is scheduled for 5 p.m., and will be followed by a women’s match at 7:30 p.m. Both matches are part of the celebration of the 100th Anniversary of Riggs.