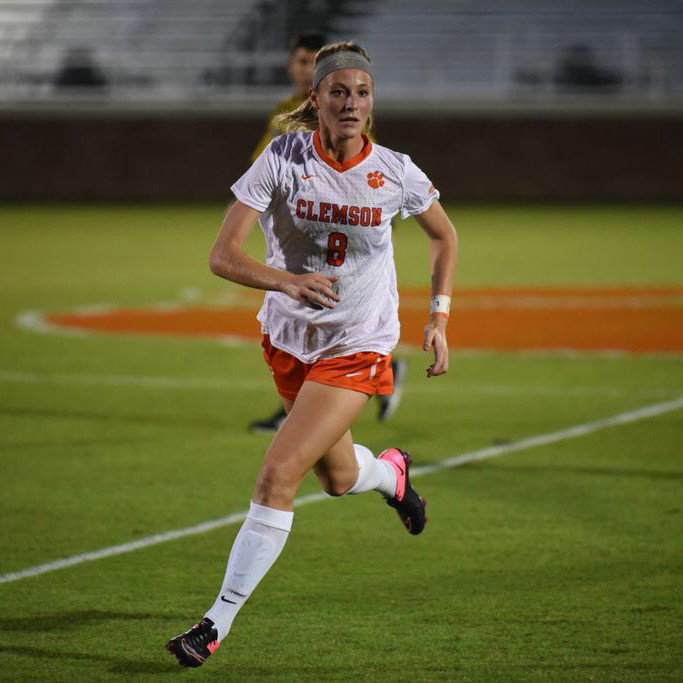 “Tonight was two very good ACC teams going up against one another, it was really an entertaining game. Unfortunately we gifted the first goal to Virginia but everyone in the crowd just knew that at any minute we were going to square it up. Our team created some really good opportunities against one of the nation’s best teams in Virginia and we really kept them on their back foot for most of the game. Some nights you just don’t get the bounce or the spin you are looking for and tonight was one of those nights for us. We played very well and competed the entire game. Now we have to get ourselves sorted out and ready for another top ten match on Sunday.”

The first half of play was scoreless, but the Cavaliers quickly took the lead just two minutes into the second half on a goal by Brittany Ratcliffe. Junior Abby Jones had what was perhaps the Tigers’ best chance of the night in the 69th minute of play. Jones rifled a shot from 16 yards towards the top of the net, but Virginia goalkeeper Morgan Stearns threw up her arms at the last second and saved the ball just over the top of the goal. Morgan Reuther put a cap on the Virginia victory with a header goal in the 84th minute, giving the Cavaliers a 2-0 lead.

The difficult slate continues for the Tigers, as they face another top-10 ACC opponent on Sunday, Oct. 11 when they host No. 9 Virginia Tech. That match is scheduled for a 1 p.m. start at Historic Riggs Field. As always, admission is free for Clemson regular season home women’s soccer matches.