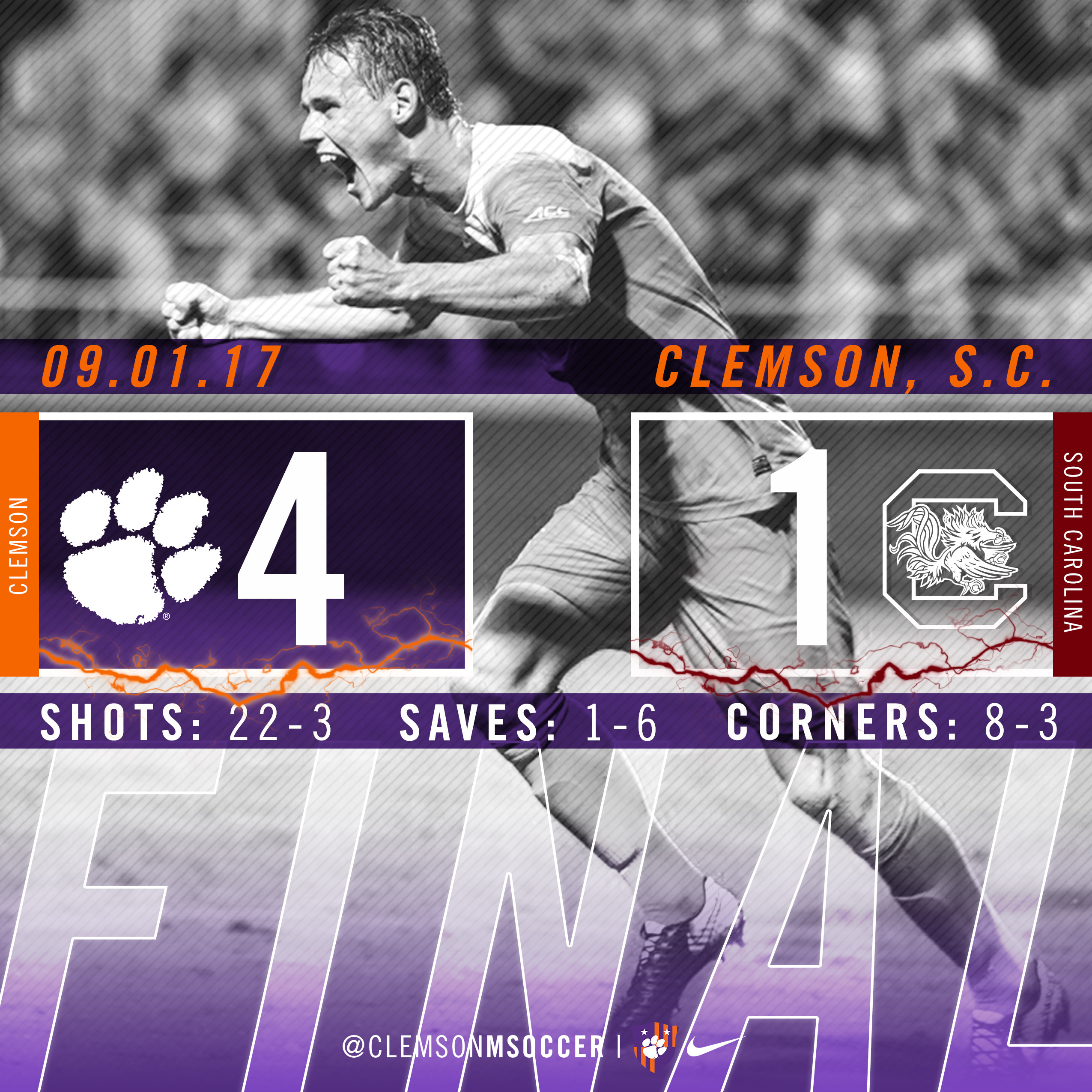 CLEMSON, S.C. – Clemson Head Coach Mike Noonan earned his 300th career victory on Friday night, as his No. 5 Tigers took down the South Carolina Gamecocks 4-1 at Historic Riggs Field. With the win, the Tigers defeated the Gamecocks for the fourth consecutive time and improved to 3-0-0 on the season, while the Gamecocks fell to 2-1-0.

In the 11th minute, a South Carolina defender headed in a Diego Campos corner kick for an own goal that gave the Tigers a 1-0 lead. 14 minutes later, Luca Mayr evened the score on a shot from five yards out that hit inside the left pole. The Tigers then retook the lead on a Jason Wright score, his second of the season, from 20 yards out on a throw-in from Michael Melvin in the 29th minute.

The Tigers increased their lead to 3-1 in the 68th minute on Patrick Bunk-Andersen’s first goal of the season, a header off of a Harrison Kurtz corner kick. Clemson’s final score came on Kimarni Smith’s first career goal, a shot to the bottom right corner that was assisted by Wright.

“I thought that we played well,” Noonan said. “We stuck with it. What I was most happy with was the fact that after they conceded a goal, there were no heads put down and their attitude stayed very, very positive. We went in at halftime and were up a goal, and we were focused on finishing the game. They did a very good job with that.”

The Tigers’ next match will be their first road test of the season, as they face Georgia Southern in Statesboro, Ga. on Monday at 7 p.m. Live video and stat links for the match can be found on ClemsonTigers.com.