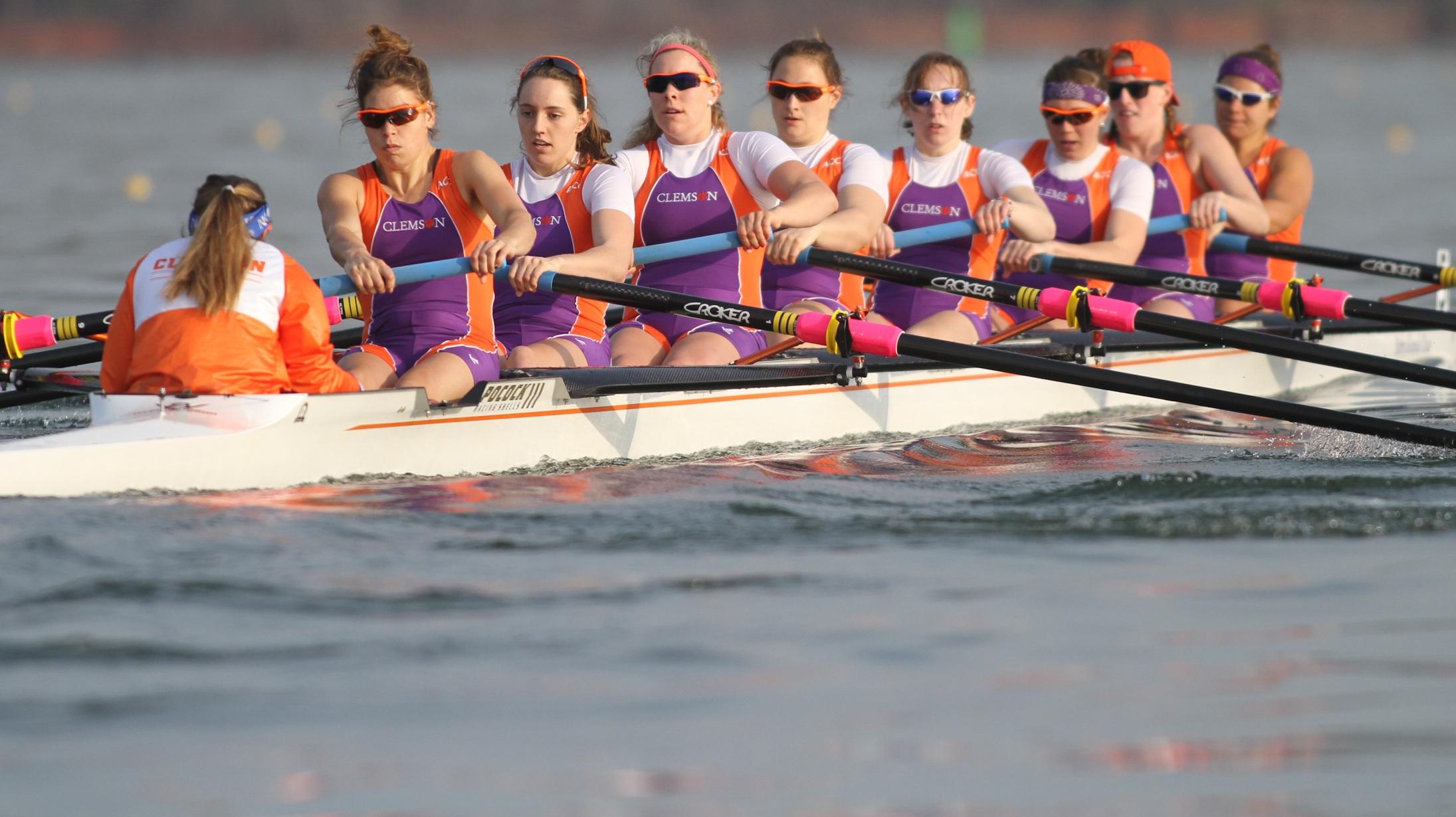 No. 18 Clemson Takes Two of Five Races on Weather-Shortened Day

CLEMSON, S.C. – The 18th-ranked women’s rowing team won two of its fives races on Saturday morning in the Clemson Invite on Lake Hartwell. The team was scheduled to compete in five more races in the evening but poor conditions on the lake forced the evening session to be postponed.

The Tigers’ Second Varsity 8+ and First Varsity 4+ each won their respective races in the less than desirable weather in morning session. The 2V8 won their third race of the season while the 1V4 won their second straight race and third overall.

The Second Varsity 8+ was able to hold off Oregon State, Gonzaga and Oklahoma, who each finished within six seconds of the Tigers. The First Varsity 4+ won decisively with a 12-second margin over second-place Gonzaga.

Clemson’s First Varsity 8+ finished third behind Oregon State and Gonzaga in the opening race of the day. It was just the second time this season that Clemson failed to finish first in a race. The crew was forced to hold off Columbia in the end for third place and managed to come across just 0.8 seconds ahead of the Lions.

Clemson’s Third and Fourth Varsity 8+ crews were forced to endure challenging weather conditions during their respective races, which led to a rolling start. The 3V8 came in third in its race while the 4V8 managed a fifth-place finish in races that were approximately 100 meters shorter than normal.

The Tigers will return to action beginning at 7:45 a.m. on Sunday morning after the race schedule was altered after Saturday evening’s postponement.

Live results for all three sessions will be available here and on Twitter via @ClemsonRowing. The final 1,000 meters of each race will also be broadcast live on TigerCast.

All fans attending this weekend’s regatta are asked to park in Jervey Meadows, behind Doug Kingsmore Stadium. A limited amount of handicap parking will be available at the Clemson Boathouse.