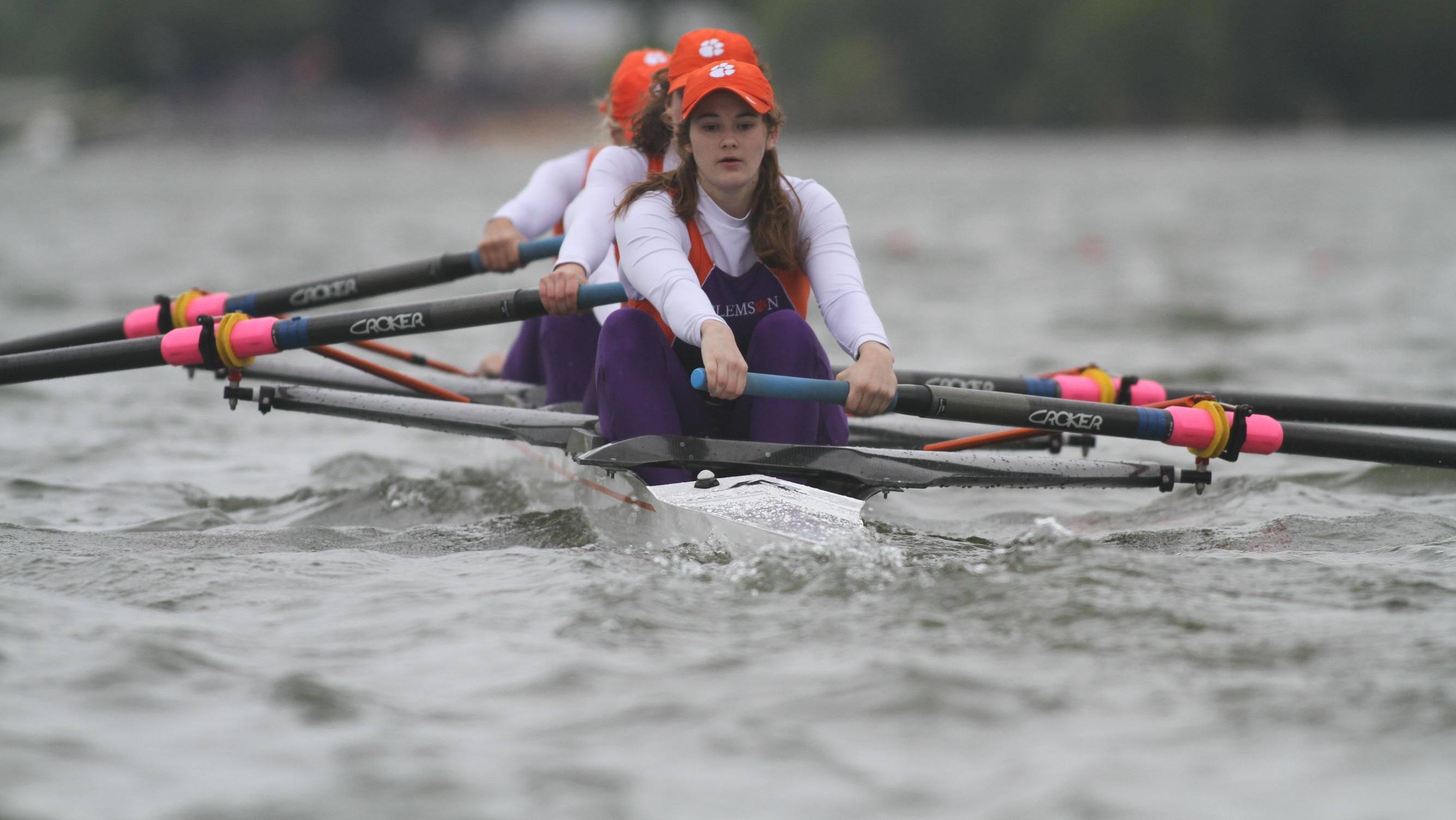 No. 18 Clemson Grabs a Pair of Second-Place Finishes on Sunday

CLEMSON, S.C. – After tough weather conditions on Saturday, Sunday brought with it both better early weather for the Clemson Invite on Lake Hartwell and tougher competition for the 18th-ranked Clemson rowing team. The Tigers finished as high as second in two of their eight races on the day.

The highlight of the Tigers’ racing came in their final race of the day. The First Varsity 4+ held off 13th-ranked UCLA to record a second-place finish. It was a good bounce back for the 1V4 after finishing fifth in their earlier race. The 1V4 has finished lower than second just once in nine races this season.

Clemson’s Third Varsity 8+ also recorded a second-place finish in their lone race of the day. The crew finished just two seconds back of Harvard in first and held off Wisconsin, who finished third just 0.7 seconds back of the Tigers.

The final five races of the day were called due to safety concerns as the wind returned creating poor racing conditions yet again. The final two First Varsity 4+ races were later called because the crews were unable to connect to the stake boats for the start.

The Tigers finished the weekend with two wins and a pair of second-place finishes. Clemson returns to action on May 3 when they travel to north take on seventh-ranked Princeton.