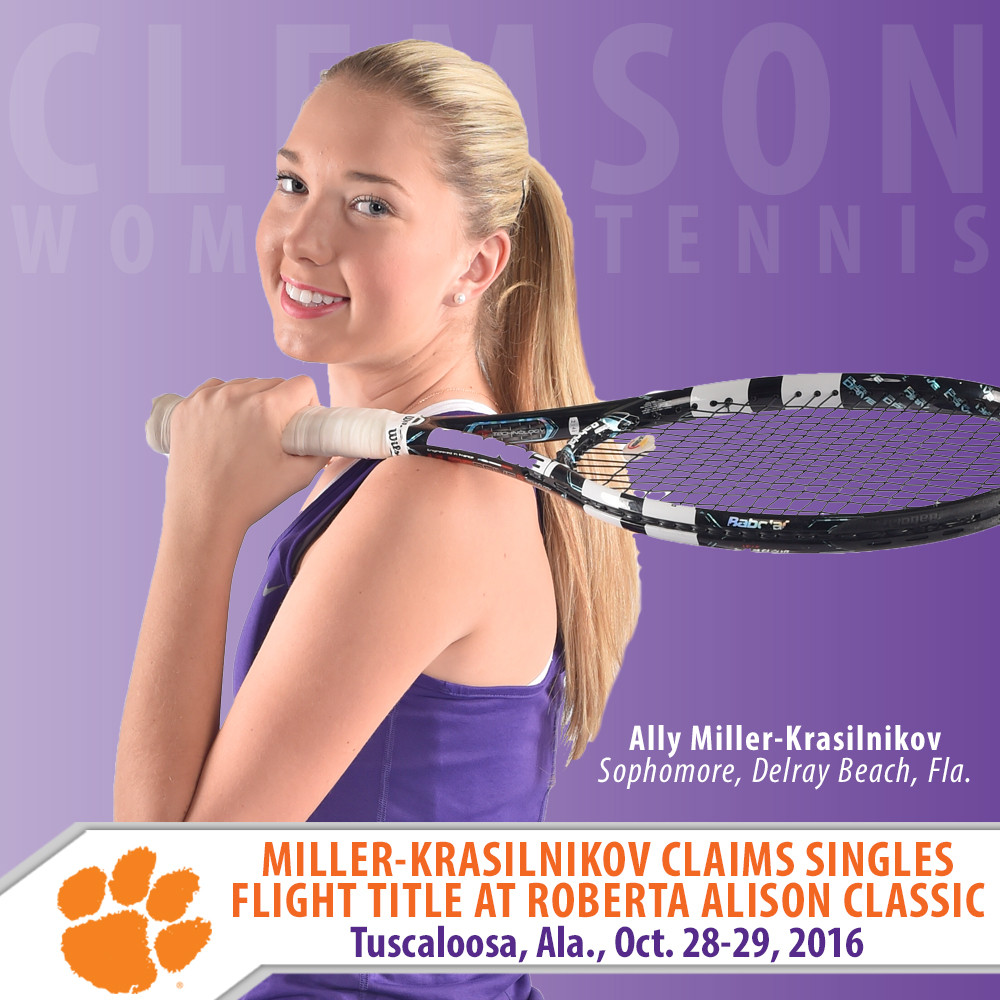 CLEMSON, S.C. – Sophomore Ally Miller-Krasilnikov was 3-0 in singles play and won the flight championship for the Jenny Ketchum Draw at the Roberta Alison Fall Classic in Tuscaloosa, Ala. on Oct. 28 and 29.

Miller-Krasilnikov defeated Mercer’s Katie Sidor, 6-3, 6-2, in the quarterfinals and Caroline Hall of Tennessee-Chattanooga, 6-4, 6-1, in the semifinals, of the draw. Her opponent in the finals, Allie Sanford of Ole Miss, withdrew from the match. Miller-Krasilnikov also played one singles match outside of the draw, and was victorious over Sade Atkinson of Tulane, also in straight sets, 6-3, 6-1.

Sophomore Jenny Moinard and freshman Constanza Gorches were both 1-2 in their respective singles draws. Moinard defeated Luca Fabian of Georgia Tech in three sets, 2-6, 6-2, 6-2, while Gorches won over Smith Hinton of Alabama, 6-7, 6-3, 6-2.