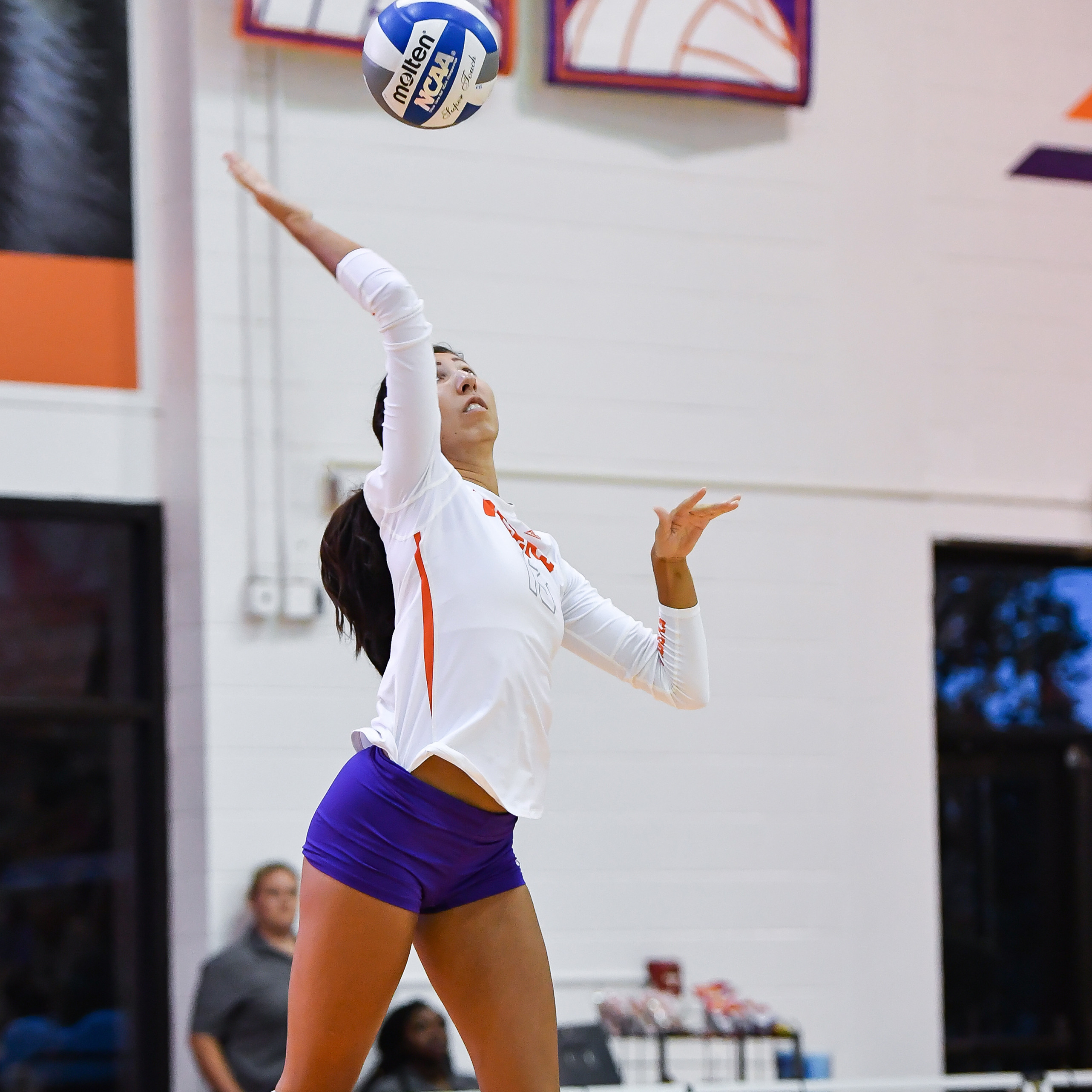 Miami Comes Back To Defeat Clemson In Four

“I’m extremely proud of how we competed today,” said head coach Hugh Hernesman. “It’s tough being in this position at the end of the year, but we showed a lot of heart and pride the whole week and, really, the back quarter of the season. Syd and Leah can certainly hold their heads up high with the way they finished this week. They finished their careers playing their best volleyball and played great today.”

“Now our job as a team is to take a little time to rest, but to get after it this spring. Every season gives you an indication of the things we need to do better as individuals, as a team and for our staff in terms of our preparation and training. I can tell you right now that we have a very clear vision of what those things are and we look forward to getting back on the court in January.”

Perri finished the match with a team-best 13 kills, giving her 1,483 kills in her collegiate career placing her 10th on Clemson’s all-time list of career kill leaders. The total is just 10 shy of the ninth most kills in program history as Sandra Adeleye earned 1,493 in her career. She finishes the season with a career-best 418 kills in 2016, giving her two-straight seasons with 400 kills or more and 300 kills or more in each of her four seasons as a student-athlete. She earned eight digs and a block as well in the contest, leaving her just two digs shy of her 10th double-double this season.

Moseley had Miami off-balance in serve receive, acing the Hurricanes once to give her a team-leading 24 on the season. The total ties her career-best total that she set last year, giving her 48 aces over the course of the last two seasons.

Kailey Harvell and Tori Woogk combined for 15 total kills while Keely Hayes and Ally Gamble set the offense to 30 assists. Gamble also added two kills to her line and aced the Hurricanes twice. Emily Curtis tallied 15 digs and earned an ace, giving her 17 matches with 10 digs or more in her freshman season at libero.