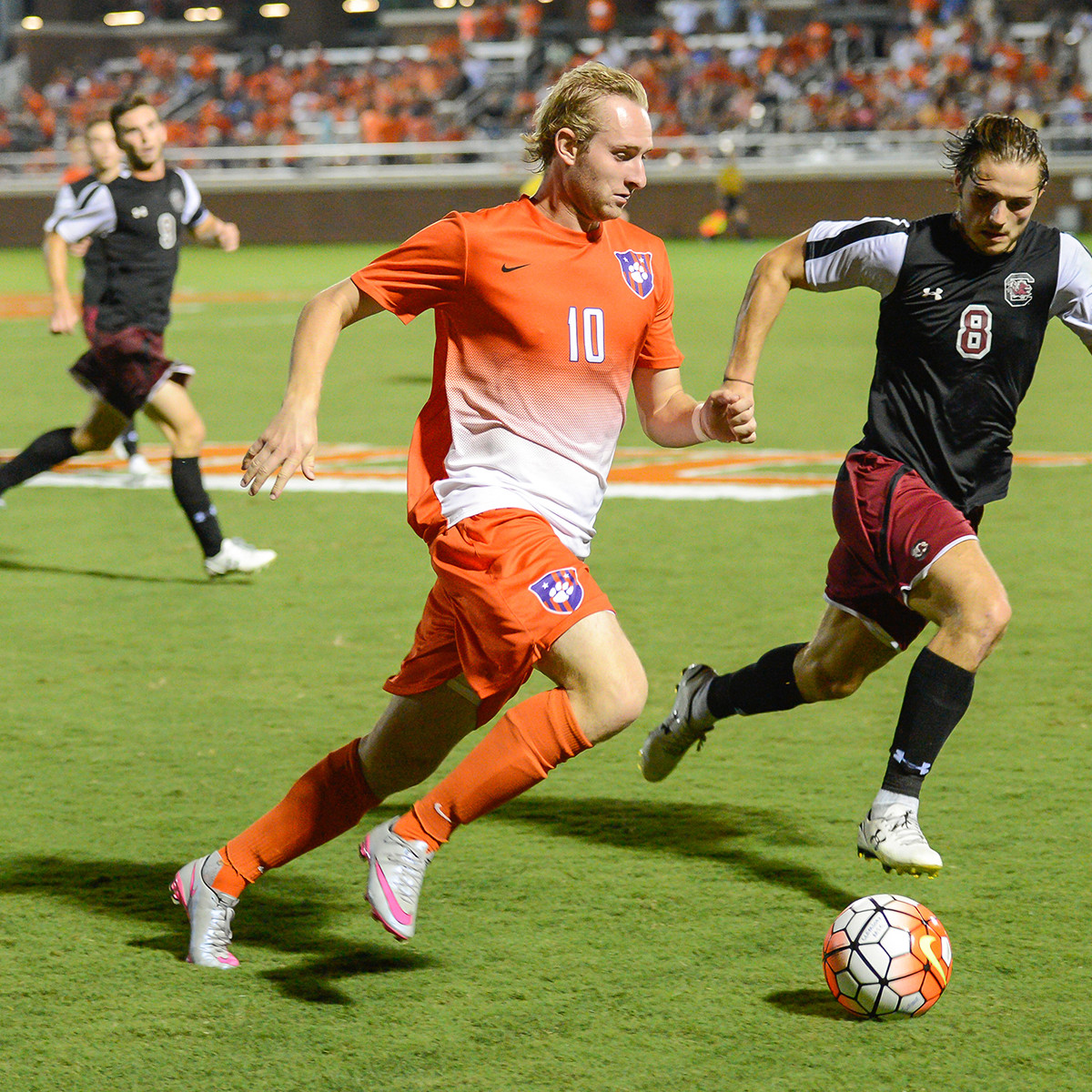 For No. 5 Clemson, it’s not about defending or sitting on their previous laurels. It’s about focusing on winning new ones.

Sitting at 6-1-1 (1-1 ACC), the Tigers have been impressive, with five of their six wins coming by two goals or more. T.J. Casner, a senior forward, has been a big part of the Tigers’ early-season success, scoring three goals in the team’s last three consecutive wins, against Furman, No. 14 Duke, and No. 21 Brown, en route to earning ACC Co-Offensive Player of the Week honors. Casner is the second Tiger to receive offensive award recognition this season, with senior midfielder Paul Clowes earning the award on Sept. 1.

As the Tigers reach the halfway point of the regular season and the heart of ACC play, Casner feels that the team has certainly made progress, and from this point on must continue to improve, a challenge that he says the team has embraced.

“Through the first half of the season I think we’ve made great progress, but we’re not all the way there yet, and we’ve got some work to do,” Casner said. “We know we have most of our schedule, including very tough competition in ACC play, coming up, and that’s going to be a good test for us.”

As the Tigers gear up for the rest of the regular-season schedule, which features six ACC opponents and three mid-week nonconference matches, Casner feels that the team has carved out a strong identity for itself when it comes to keeping possession of the ball. To match and make another run at the ACC Championship and postseason play, the Tigers will need to match their physicality on both sides of the ball.

“I think a big part of our team is the passing quality and the ability to keep possession of the ball. That’s a huge part of our identity, but moving forward, our ACC opponents are tough. It’s not just quality soccer; they’re fit, strong, tough and gritty. That’s something we have to match and not only bring up to our standards, but be better than theirs,” Casner said about upcoming competitors.

If there’s one thing out of many to note about this Clemson team, it’s the culture that has been instilled under head coach Mike Noonan. Casner attributes much of the team’s success in the younger players’ initiative and ability to establish themselves both in practice and on the field. For him, the change is evident.

“I think a big part of the program’s progress over the last few years is that the younger guys have been able to take ownership and advice from the older guys,” he said. “Thinking back to when I was a freshman and our season didn’t go too well, it was harder to find your own identity. I think we’re now creating a really good culture and an environment for the younger guys to show themselves and want to work hard and be the best they can be.“

When it comes to staying motivated, Casner and the team have embraced the concept of “winning after winning.” Rather than focus on defending their ACC title, the idea is simple: talk about going to win another one.

“A big part of our motivation is “winning after winning,” and it’s something Coach Noonan talks about a lot. It’s something we’ve embraced and understand; it’s the hardest thing to win championships after winning championships. We don’t talk about defending our title, we talk about going to win another one. And what keeps us motivated is that we know we’re not at our peak, and we don’t want to think we’re at our peak. We want to keep going, winning and improving until we’re the best that we can be,” Casner said.

The Tigers continue their ACC slate in Winston-Salem – against a hot Wake Forest team coming off a 2-1 upset on the road over No. 6 Akron – on Saturday, Sept. 26 with kickoff set at 7 p.m. That game is followed by a 7 p.m. kickoff on the road against Gardner-Webb on Tuesday, Sept. 29. The team’s next home game is on October 2 against Virginia Tech, where the Tigers will celebrate the 100th anniversary of Historic Riggs Field. 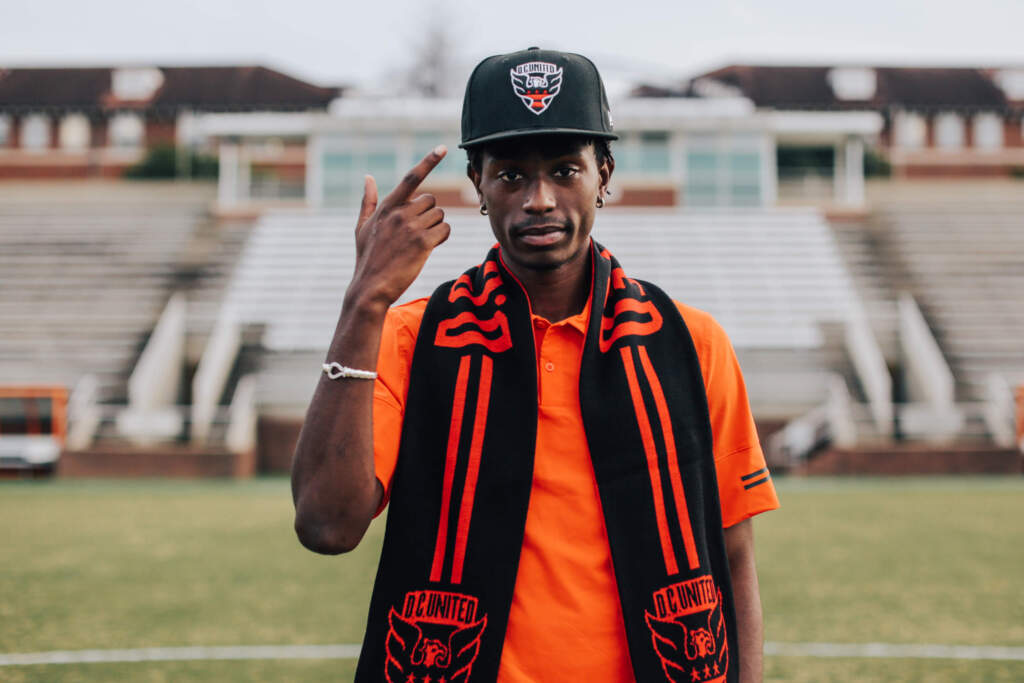 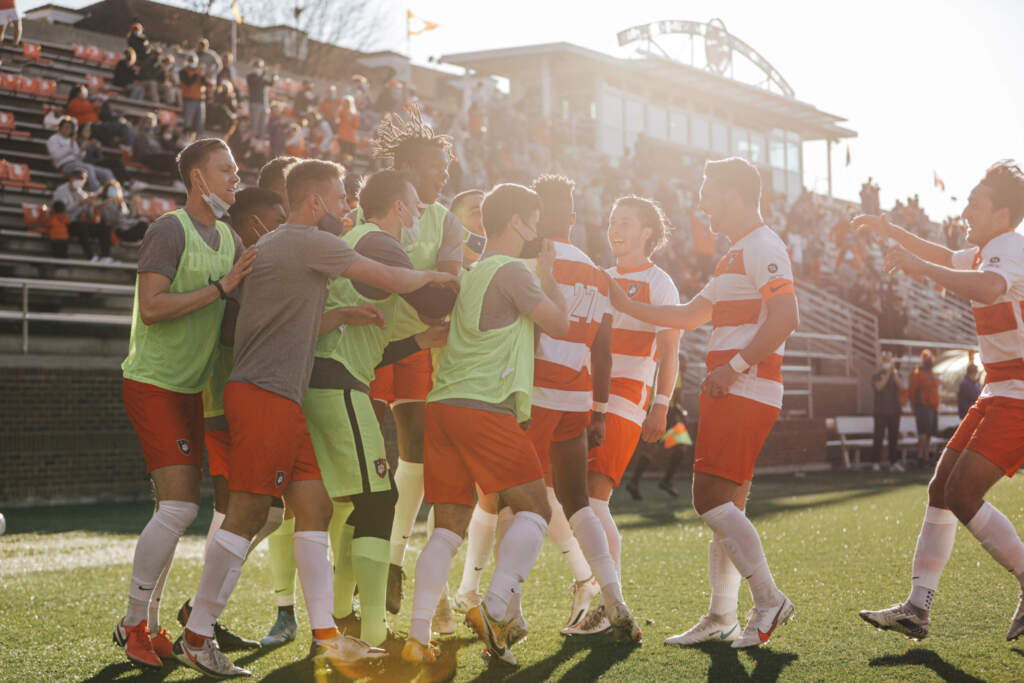 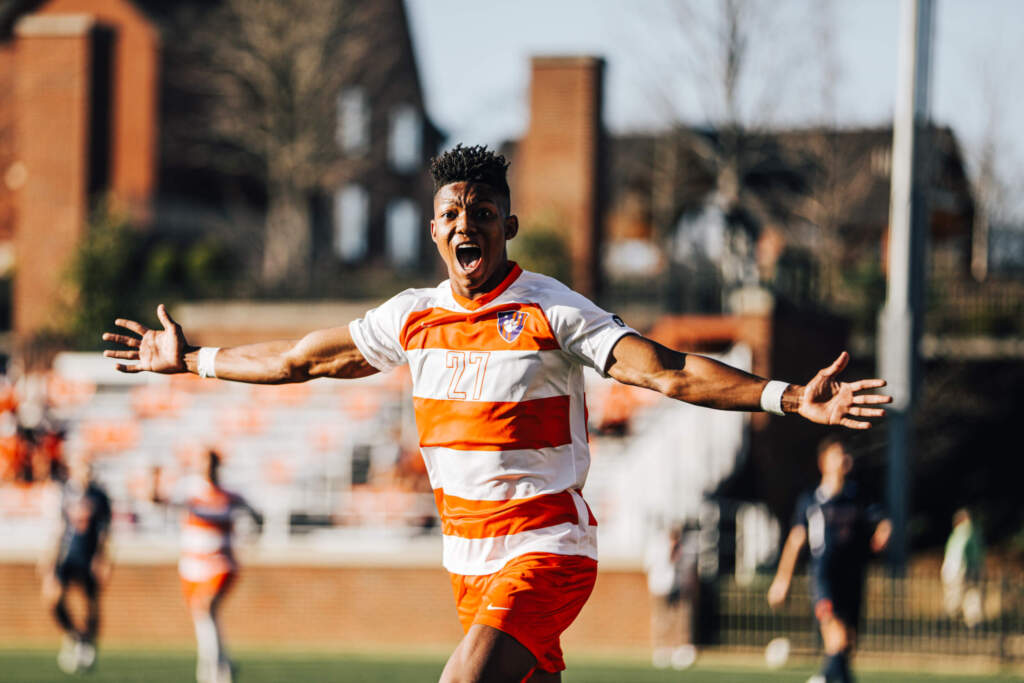 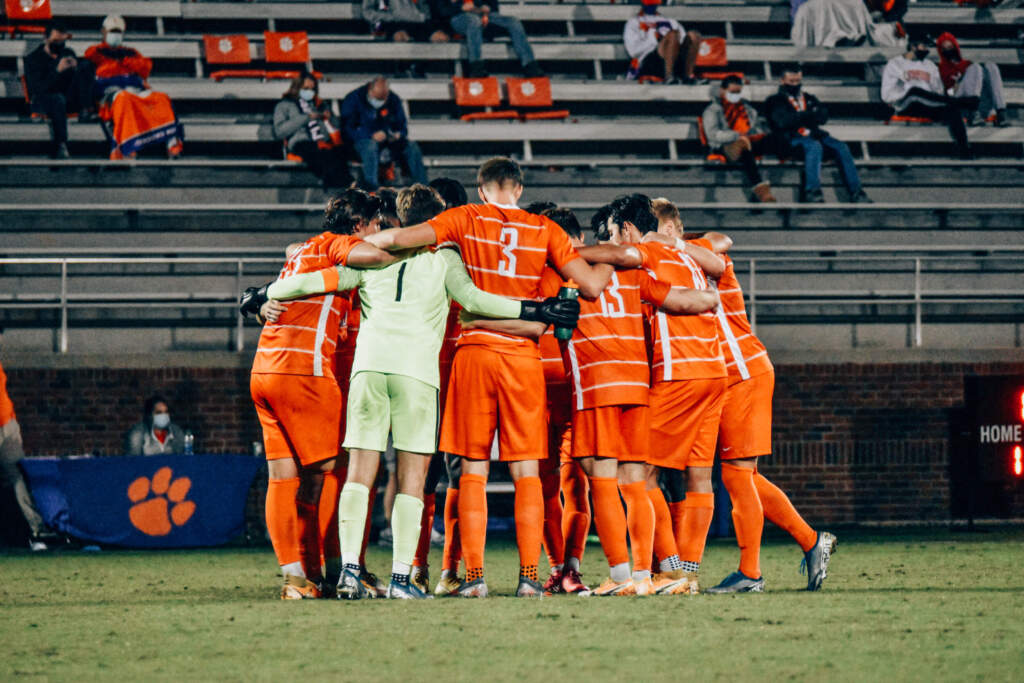