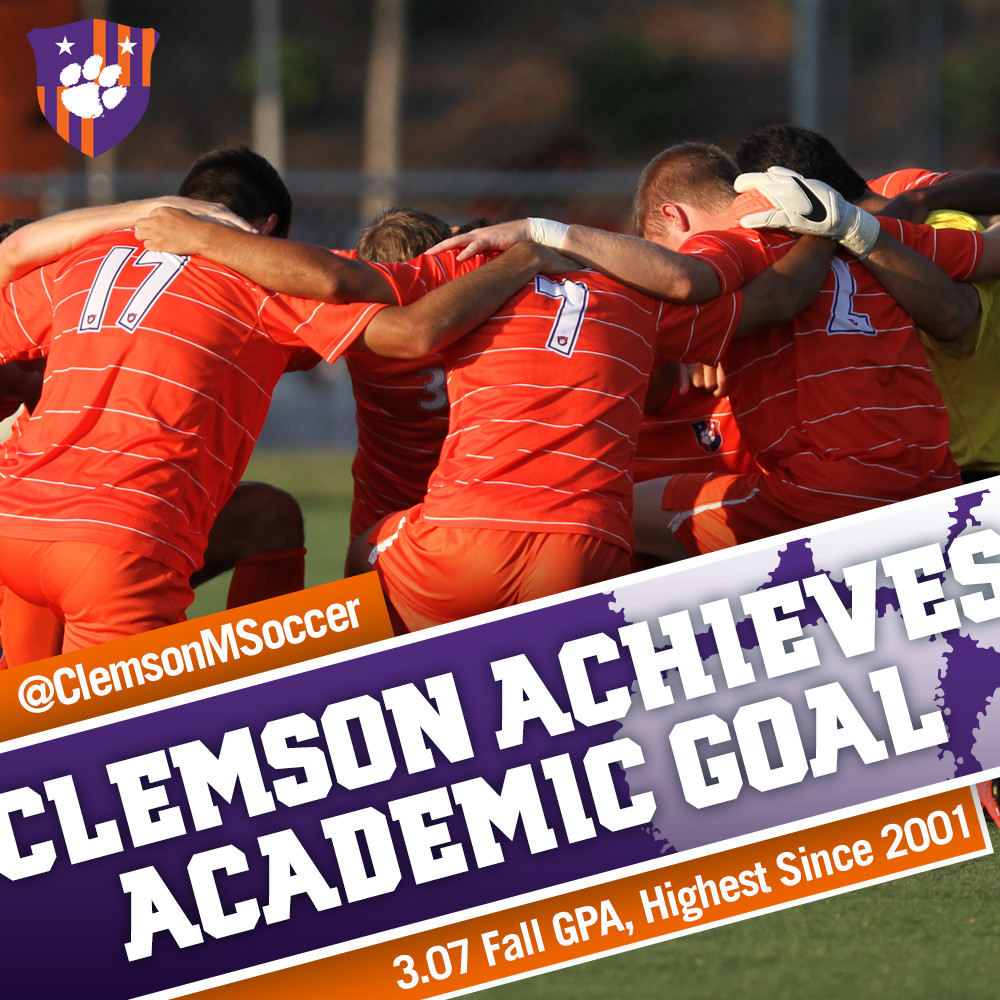 CLEMSON, S.C. – The Clemson men’s soccer team achieved a team grade point average of 3.07 this fall semester, eclipsing their goal of at least a 3.0 GPA and joining eight other Clemson programs with above a 3.0 average for the semester.

This is highest fall GPA achieved by the team since 2001, a span of 14 years. Two players achieved a perfect 4.0 GPA, while 13 others achieved at least a 3.0. In total, 15 players were named to the honor roll, the highest since the spring semester of 2012.

The past few months have been full of successes for the men’s soccer program. Only two weeks ago, captain Phanuel Kavita, Amadou Dia and Manolo Sanchez learned they will have an opportunity to continue to play soccer professionally as part of Major League Soccer clubs. Kavita signed a homegrown contract with Real Salt Lake while Dia and Sanchez were both drafted, Dia in the first round by Sporting Kansas City and Sanchez to the New York Red Bulls.

In December, Ara Amirkhanian, Chris Glodack, Dia and Kavita all received their degrees from Clemson, capping off successful careers as student athletes for all four.

In the midst of its most successful academic semester in 14 years, the team won its first ACC Tournament Championship since 2001, a span of 14 years. Junior Paul Clowes, the MVP of the tournament, scored the equalizer against Louisville on Nov. 16 with less than three seconds remaining in regulation and Amirkhanian found the back of the net in the 104th minute to secure the title. Glodack was instrumental in the championship run as well, defending the net when both the quarterfinal and semifinal matches were decided in penalty kicks.

Clemson finished the season with a 12-7-3 overall record and a final national ranking of 11th. Prior to the season ending loss to North Carolina in the NCAA Tournament, the Tigers were on a 10 match unbeaten streak. The season is marked by significant accomplishments both on and off the field of play.