The following appears in the May Issue of Orange: The Experience.

In just its second season, Clemson’s softball program has quickly become a talking point on campus and soared into the top-25 rankings in the process. Students and community members alike have been flooding into the beautiful, state-of-the-art McWhorter Stadium to feast their eyes upon the school’s newest sensation.

In its inaugural season, which was shortened by COVID-19, the stadium now named after the generosity of Stuart McWhorter and Leigh Anne Hendrix McWhorter led the ACC and state of South Carolina and finished fourth in the nation in attendance. The McWhorters saw an opportunity for the program to be yet another one of Clemson’s elite athletic teams and thus provide young women with the chance to prosper at Clemson both on and off the field.

Stuart, who developed great pride in the university as The Tiger mascot from 1988-90, and Leigh Anne pledged a $2.5-million-dollar Cornerstone Partner Gift to IPTAY, Clemson Athletics and, more specifically, the softball program. As a result of their incredible generosity, Clemson announced on Feb. 5, 2021, that the home of Clemson softball would be named in their honor.

On Feb. 17, “McWhorter Stadium” signage was officially installed above the stadium’s scoreboard, press box and along the backstop. As of April 21, the Clemson faithful have witnessed three ranked wins inside McWhorter Stadium, including the program’s highest-ranked victory against then-No. 11 Duke, a historic win which the McWhorters themselves were among the many fans who bore witness to. 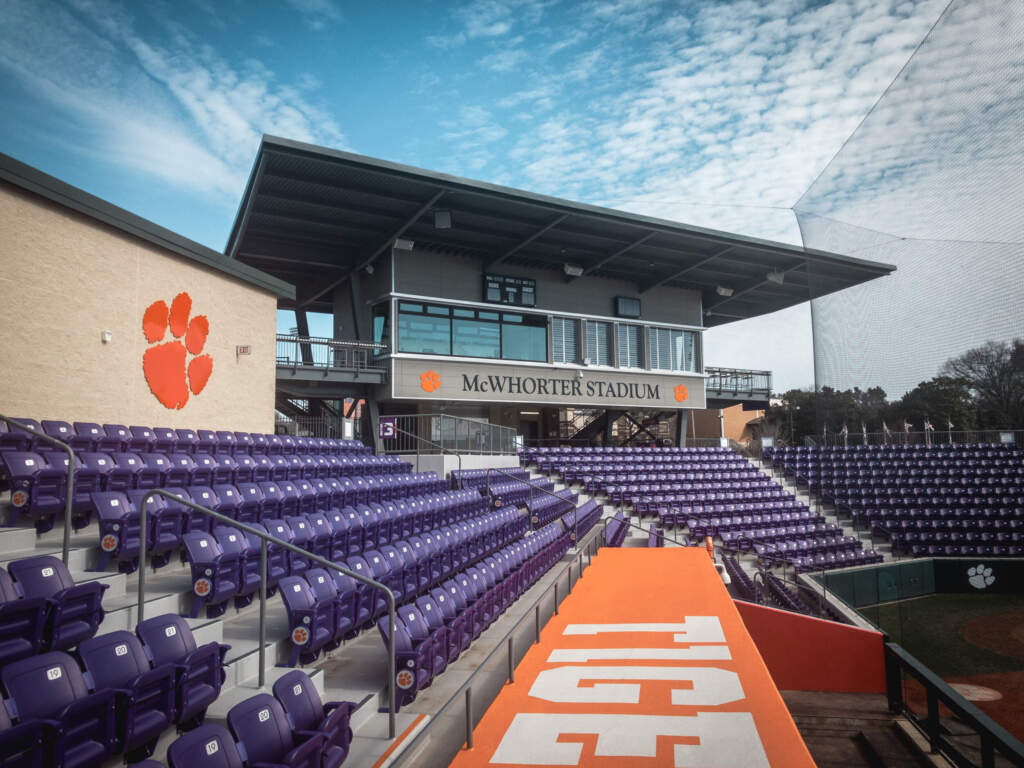 The stadium is home to an incredibly talented team led by head coach John Rittman and an incredibly lavish one at that. Featuring a fully equipped practice facility, athletic training room and players’ lounge, just to name a few of the amenities, McWhorter Stadium has everything the Clemson softball program needs to transcend into one of the nation’s best.

In just its second season, it has quite possibly already accomplished that feat. The team jumped out to a 26-4 start to its sophomore year, highlighted by a 17-game winning streak.

During his time as the Tiger, Stuart grew an enormous sense of pride for all things Clemson. He saw firsthand what an effect the university and its athletic programs can have on the people of the community and is determined to see that effect because of the softball team’s success.

“I think there are championships in the future because it is Clemson, and Clemson has a way of doing things in a unique way. I believe softball is going to be positioned to win championships, and I just want to be a part of it. If I can play some small role in that, that is all I want to do.”

The speed at which the softball squad has created a buzz in Tigertown is astounding. Even in a year that has been shadowed by unordinary concepts, such as wearing a mask out in public and social distancing, fans have flocked to McWhorter Stadium to passionately cheer on their Tigers and bring an energy to the stadium that, even at the current limited capacity, is incredibly palpable.

The in-game experience at McWhorter Stadium provides delicious concessions, a family atmosphere and, of course, excellent softball. The Tigers have been led by right-handed pitcher and three-hole hitter Valerie Cagle, who touted a 16-3 record and 1.07 ERA 30 games into the season, good for second in the ACC. She is followed in the lineup by outfielder Marissa Guimbarda, who hit eight home runs in her first 26 games played, placing her third in the ACC home run race, despite missing four contests. The Tigers offense is stacked from top to bottom and is poised to eight-run rule the opponent on any given day.

The McWhorters have been contributing to Clemson both athletically and academically since Stuart’s graduation in 1991, but the donation targeted towards the softball program specifically sets the tone for what the McWhorters believe can reap decades of growth and success.

The McWhorters’ generous gift makes them the 18th Cornerstone Partner in IPTAY history and even further demonstrates their immense commitment to the success of Clemson University in all its endeavors. 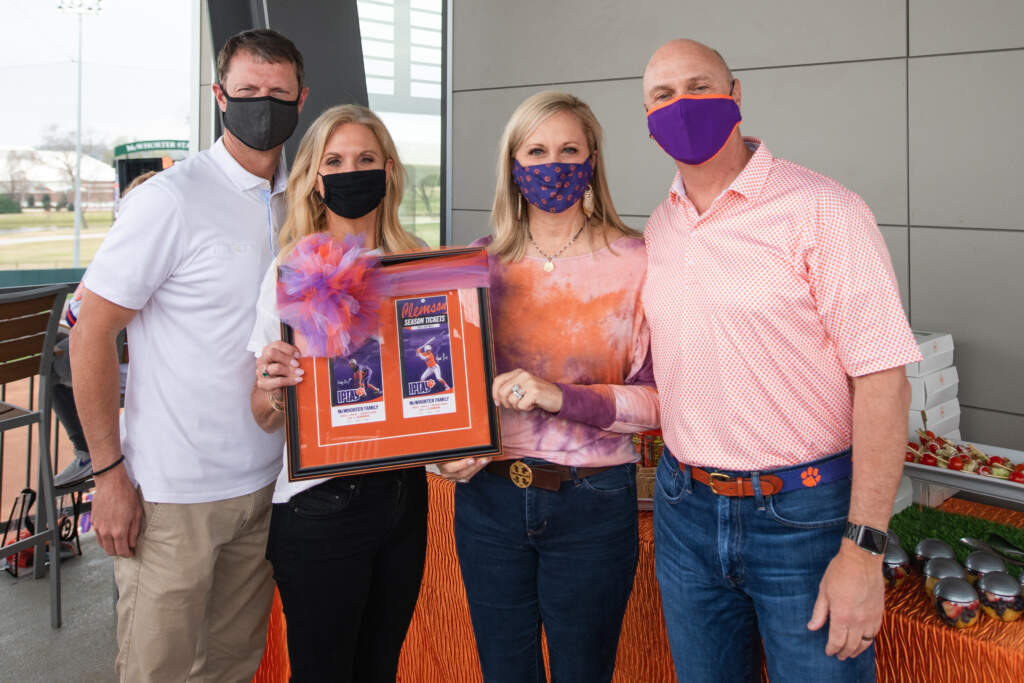 “The McWhorter family has made an incredible impact on Clemson University and Clemson Athletics, and we are delighted to honor them,” said Director of Athletics Dan Radakovich. “Our mission to provide an outstanding student-athlete experience is only possible because of the generosity of people like Stuart and Leigh Anne. Clemson softball is in tremendous position to compete nationally already, and we are excited that McWhorter Stadium will be the centerpiece of our program’s future.”

Giving back is a crucial part of the McWhorter family’s values. “My father taught me the meaning of giving back and paying it forward at an early age,” Stuart said. “As a result of my experience as a student and today as an alumnus, I want to meaningfully continue my support. Leigh Anne and I are thrilled to support Clemson and, in particular, Clemson softball.” 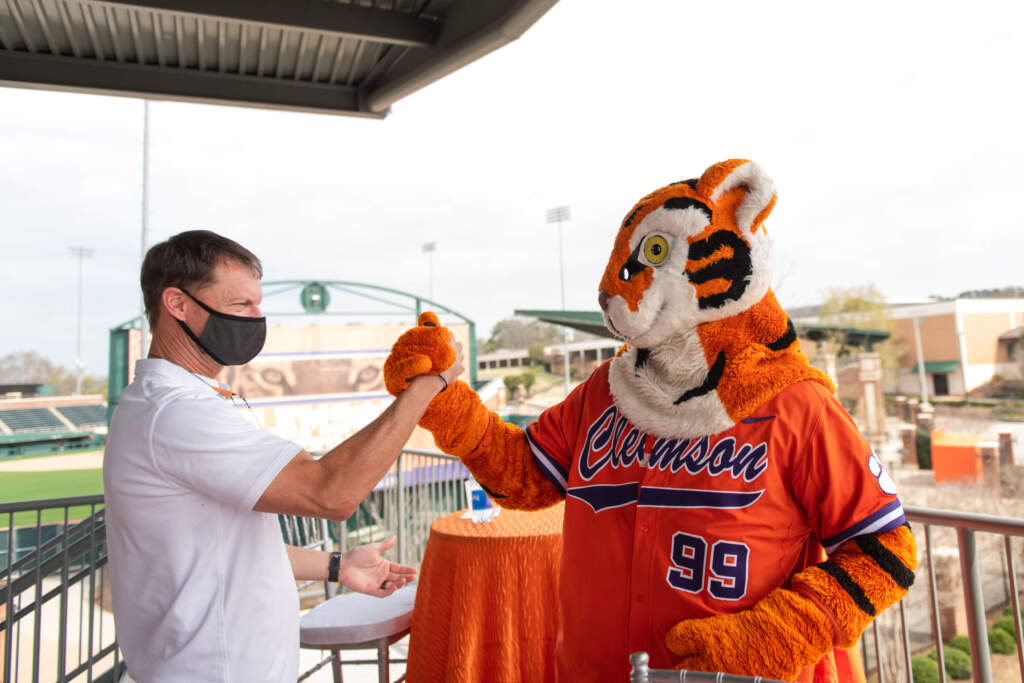 Clemson’s budding softball program provided the perfect opportunity to combine Stuart’s passion for Clemson and small businesses. McWhorter accumulated his wealth by investing in small businesses and contributing to their development, and he has been extremely successful. That is exactly what he is looking to do with Clemson softball, and he wants to be a part of its growth.

“I am sort of wired in a way to get behind ideas and projects that tend to be in their infancy with what I hope has lots of potential. Softball kind of fits that profile. It is a new sport. It has a lot of startup components. Even though it is in its second year, it is still in its infancy, and I am just attracted to opportunities and challenges like that.”

While the McWhorters’ philanthropic donation is not quite a traditional business investment, Stuart envisions the softball program to further grow the Clemson brand and increase its standing across the nation.

The naming of the stadium to honor their contribution to the program ensures that the McWhorter name will always be synonymous with Clemson softball, and any success the program has will forever be linked to Stuart and Leigh Anne’s commitment.

McWhorter Stadium figures to be a centerpiece of Clemson Athletics for the foreseeable future, and the softball team’s early success and popularity will keep the gorgeous facility overflowing with rowdy Tiger fans as Rittman’s team continues its 2021 campaign and looks toward the postseason and, hopefully, many postseasons to come. 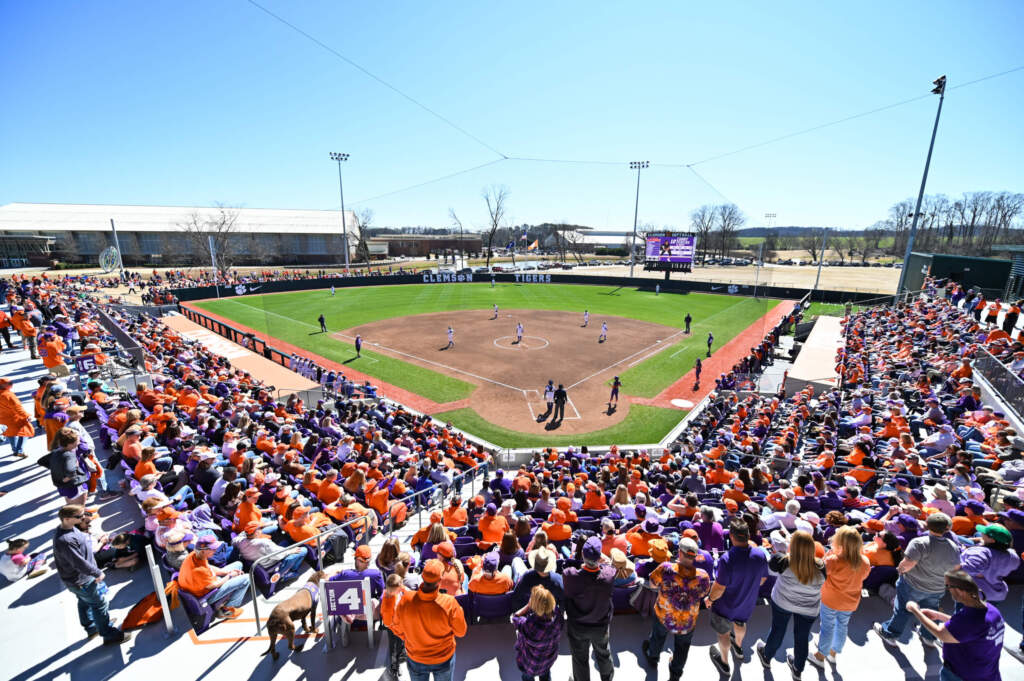