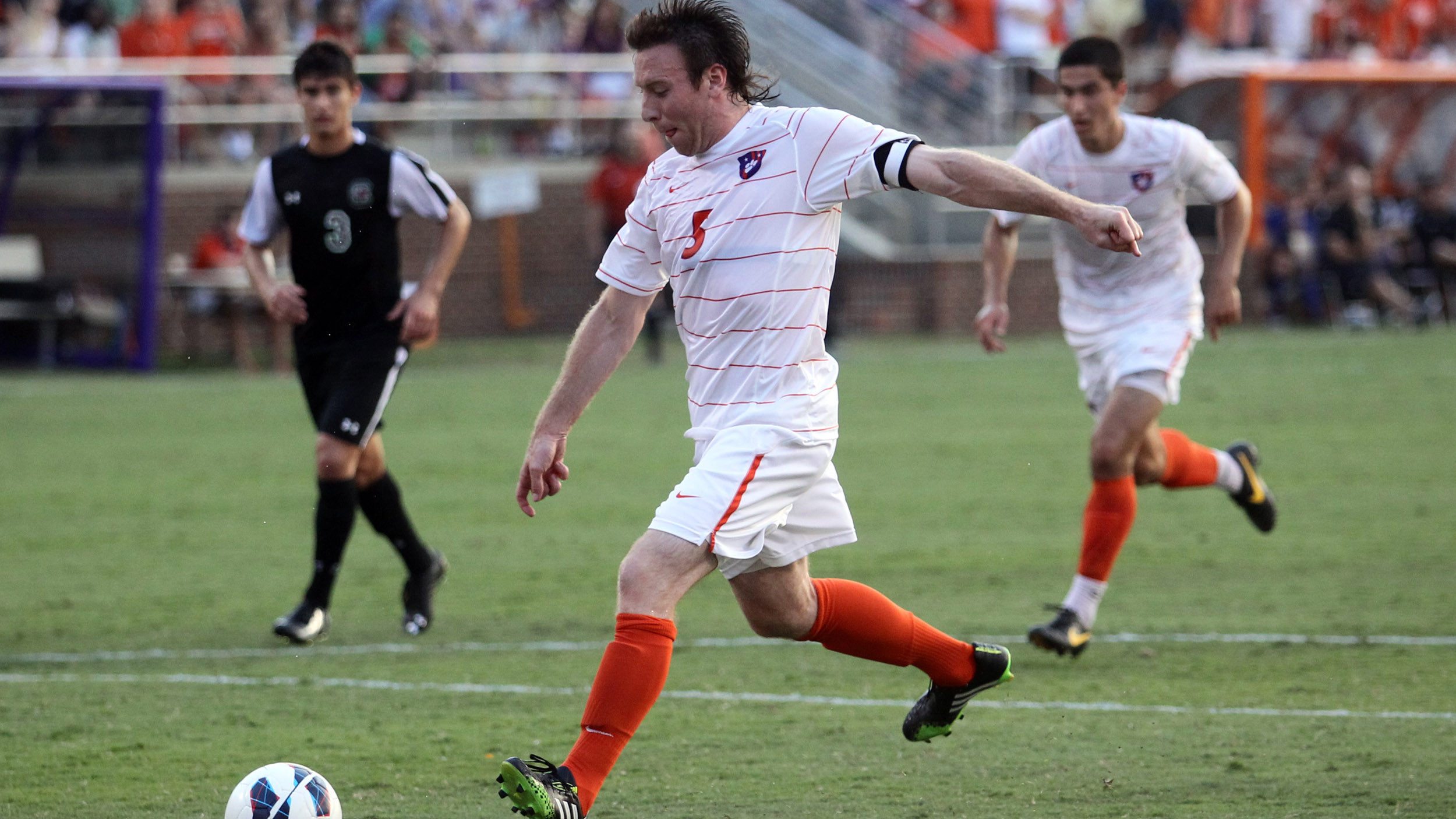 CLEMSON, SC – Thomas McNamara has been named National Men’s Soccer Player-of-the-Week by TopDrawerSoccer.com as announced by the website Tuesday. McNamara, a graduate student from West Nyack, N.Y., tallied seven points on three goals and an assist as Clemson defeated rival South Carolina on September 2, Virginia on September 6, and Gardner-Webb on September 8. After scoring a goal in the Tigers’ 2-1 win over the Gamecocks Labor Day night, McNamara accounted for the game-winners in Friday’s 2-0 shutout of 15th-ranked Virginia and Sunday’s 3-0 victory over Gardner-Webb. McNamara, a midfielder, is the first Clemson player to be named a National Player-of-the-Week since Michael Brooks was honored as he scored four goals in the Tigers’ 5-3 upset win over fourth-ranked Maryland on October 3, 2008. Clemson will play at N.C. State on Saturday, September 14 in the Tigers’ next action.