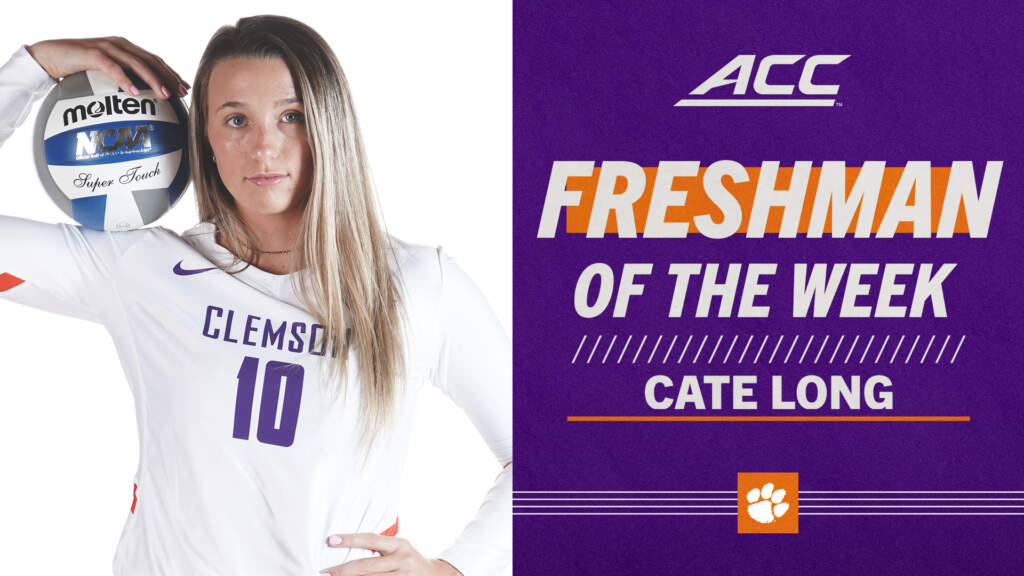 CLEMSON, S.C. – Clemson Volleyball outside hitter Cate Long (Clearwater, Fla./Calvary Christian) has been named the ACC Volleyball Freshman of the Week, the conference office announced Tuesday. The announcement marks the seventh instance in which a Clemson player has received ACC weekly recognition under the direction of Michaela Franklin, who is currently in her fourth season as Tigers’ head coach.

In her collegiate debut, Long led the Tigers to victory over No. 12 Miami in five sets last week in what was Clemson’s highest ranked win in program history. In the five-set victory over the Hurricanes, Long posted a double-double with 10 kills and 13 digs. The next day, the Clearwater, Florida native reached double-digit kills again, finishing the match with 13, including eight in the opening frame.