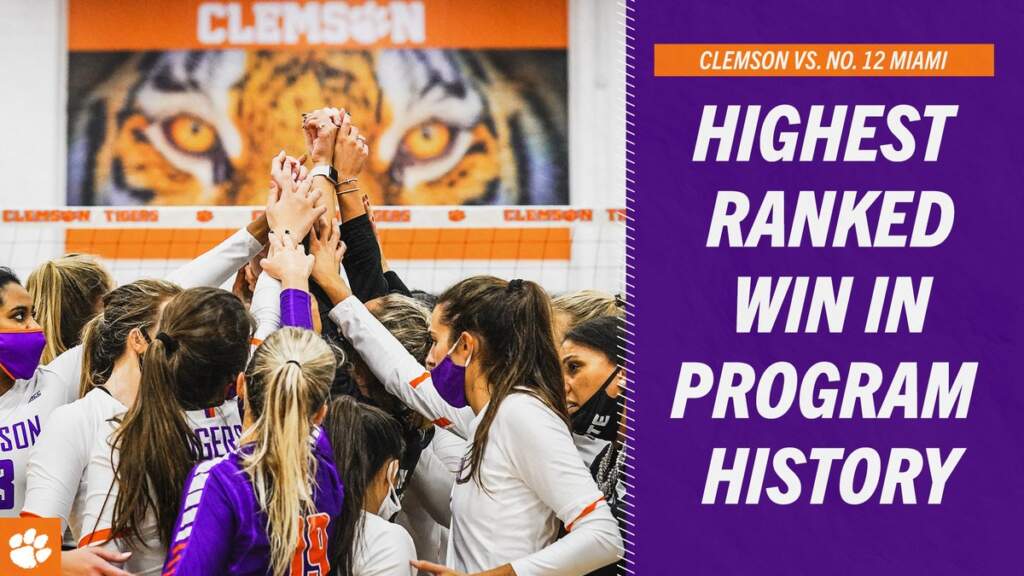 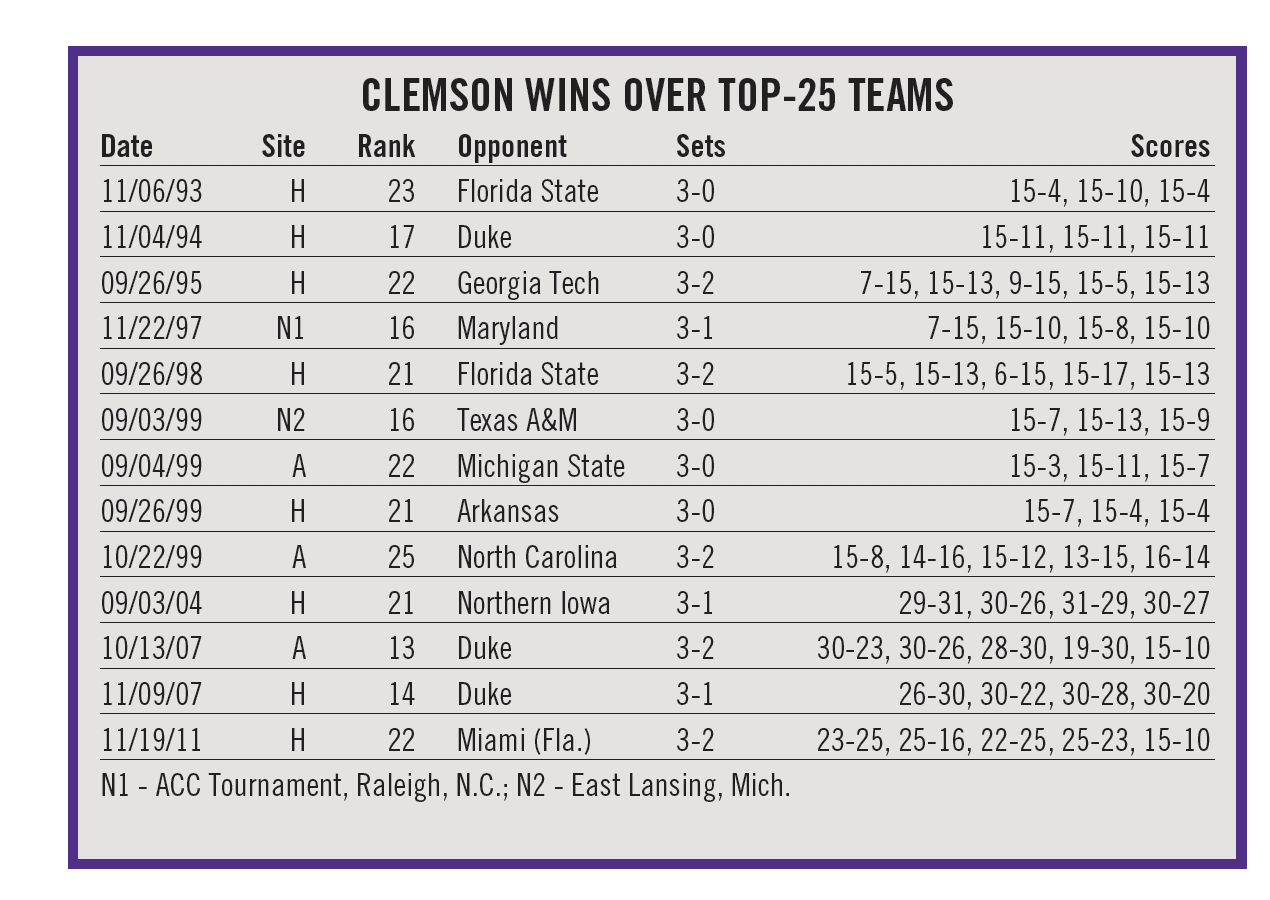 Clemson freshman Camryn Hannah led the Tigers’ effort with 15 kills on 35 swings along with nine digs and one block. Freshman Cate Long registered a double-double in her first career match with 10 kills and 13 digs. Junior Solei Thomas (10 kills) and freshman Colleen Finney (9 kills) also added a nice spark offensively for the Tigers. Mckenna Slavik tallied 46 assists on the match, which ties her fourth-best mark of her career. Defensively, Clemson was led by senior libero Madi Howell, who totaled 18 digs on the night. Howell’s 18 digs put her in Clemson’s 1,000-dig club with exactly 1,000 career digs.

Outside hitter Elizaveta Lukianova dominated for the Hurricanes, earning a career-high 30 kills on the match, including 14 in set No. 4. Lukianova posted her then career-best 28 kills against Georgia Tech on Sept. 25 earlier this season.

Despite Miami having four matches under its belt in 2020, the Tigers held their own in the first as neither team ever led by more than two points. However, the Hurricanes’ experience was on display late in the set as they registered the last four points of the set to win, 25-23.

Clemson responded in the second, evening the match 1-1. The Tigers offense came alive in game No. 2 with a combined 18 kills from six different players, including Long, who came off the bench late in the first, and Hannah. Both Long and Hannah had a team-best four kills each in the second frame, while Howell posted seven of her 18 digs in the second. In set No. 2, Clemson out-hit Miami .359 to .125.

The Tigers took control in the middle of the fifth with Mckenna Slavik behind the service line for four straight plays. Miami cut the CU lead to three (12-9) late in the set, but the Tigers registered points on three of the last four plays to win the fifth, 15-10, and match. 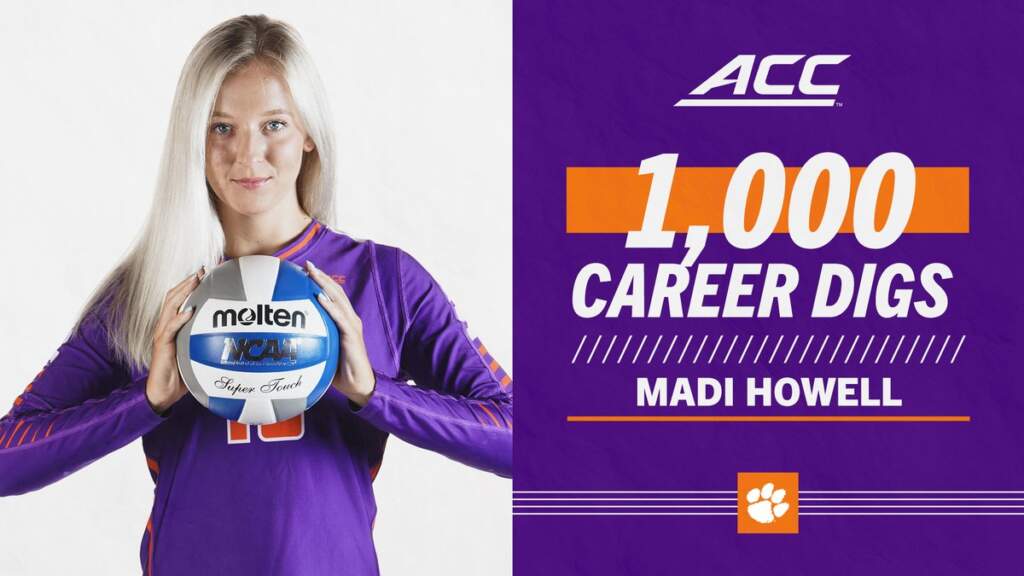