CHAPEL HILL, N.C. – Behind 13 hits at the plate, including two home runs from Alia Logoleo, and 12 strikeouts from Valerie Cagle in the circle, the No. 18/16 Clemson softball team defeated North Carolina in dominant fashion, 12-4, on Friday evening. Following the win, the Tigers improve to 23-10 overall and 4-6 in ACC play, as UNC drops to 19-15 (4-6 ACC).

“Anytime you get a road win is big in our conference,” said head coach John Rittman. “Tonight, we came out and swung the bats well. I told our team we did some things really good tonight, but we also did some things really bad and ugly. Luckily, we put enough runs on the board to win the game. It’s nice to see our offense score often and have the big hits like we did from Alia (Logoleo), Sam (Russ), McKenzie (Clark) and Aby (Vieira). Lots to be proud of at the plate to provide some support for Valerie (Cagle) in the circle.”

Multiple Tigers shined at the plate, including Logoleo going 3-for-4 with eight RBIs. Sam Russ and McKenzie Clark followed each going 2-for-3 with multiple runs scored and one RBI apiece.

Clemson got off to a great start against the Tar Heels in the first inning as Clark and Cagle hit back-to-back singles. Clark was brought home on Russ’ first hit of the day, and with two on and two out, Logoleo drove her first homer of the day out of center field to put the Tigers up 4-0.

UNC got one run back in the bottom of the first off a wild pitch, but Clemson responded in the second with Maddie Moore scoring after getting hit by a pitch and advancing around off a single from Cammy Pereira. Cagle recorded her second hit of the day to bring Moore home and push Clemson ahead, 5-1.

The runs continued for the Tigers in the third inning as Logoleo brought home Russ from second base after Russ had gotten on base off a walk and quickly stole her 16th base of the year to move into scoring position. Freshman Aby Vieira followed that performance with a solo home run in the fourth to lead off the inning, and Clark brought home Moore later that inning. After four, Clemson led 8-1.

The Tar Heels tallied another unearned run in the fifth inning to cut into the Tigers’ lead, but Clemson retaliated with Logoleo hitting a grand slam out of left field in the seventh to bring home Clark (walk), Arielle Oda (single) and Russ (single). UNC scored two runs in the bottom half of the inning before Clemson closed the door with a 12-4 victory.

Cagle pitched her ninth complete game to pick up her 10th win of the season. She struck out 12 batters, one shy of her season high, and allowed only two walks after facing 31 batters.

Clemson returns to the field tomorrow afternoon to continue the series against North Carolina beginning at 2 p.m. 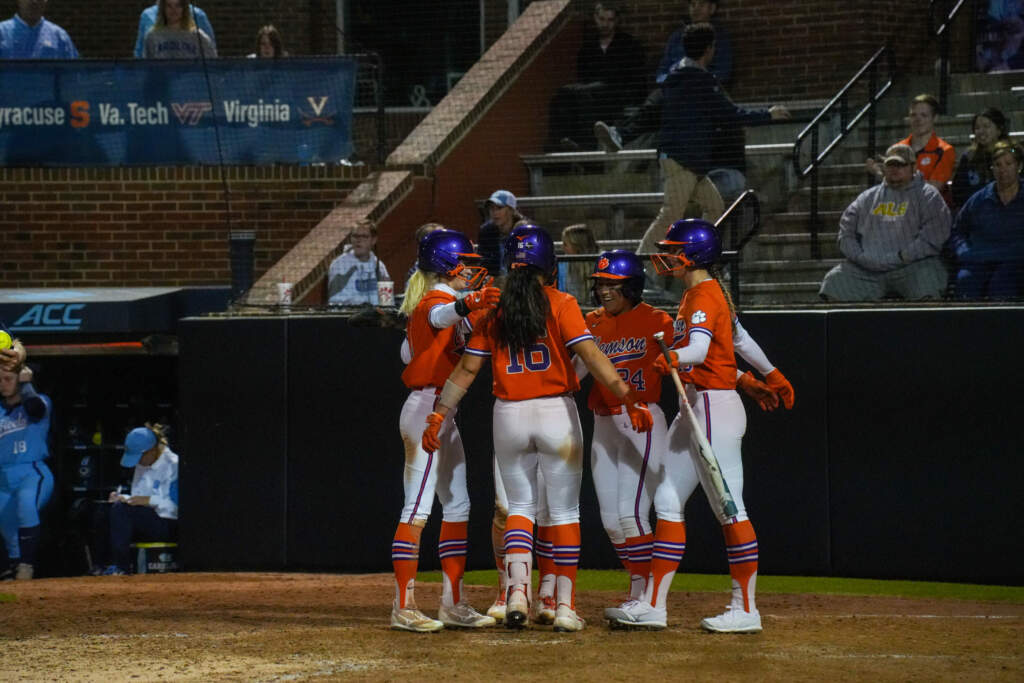 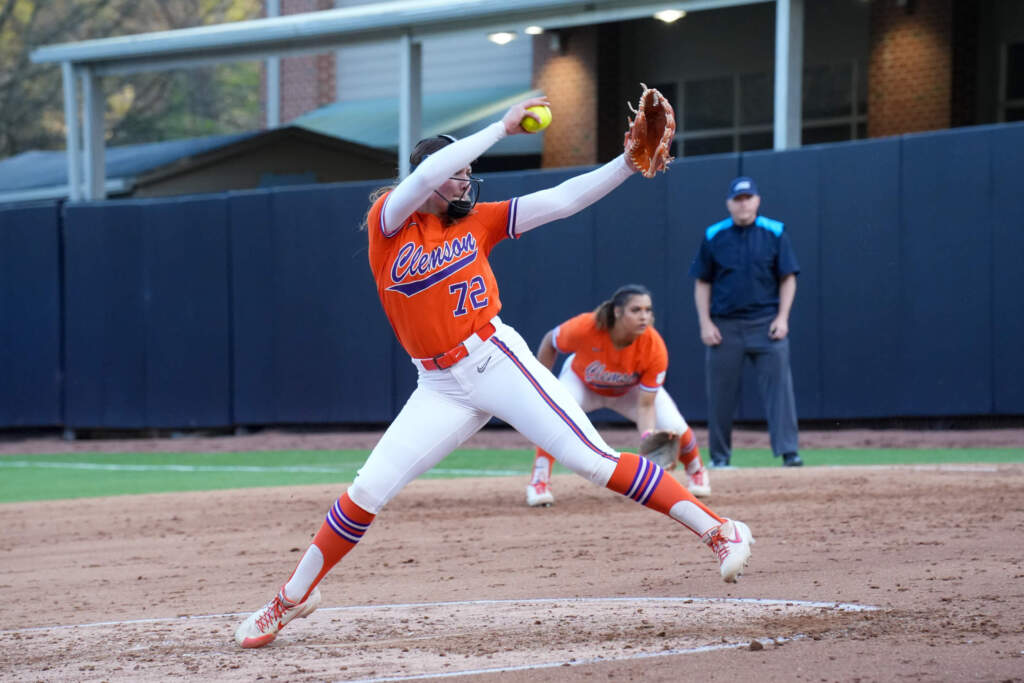 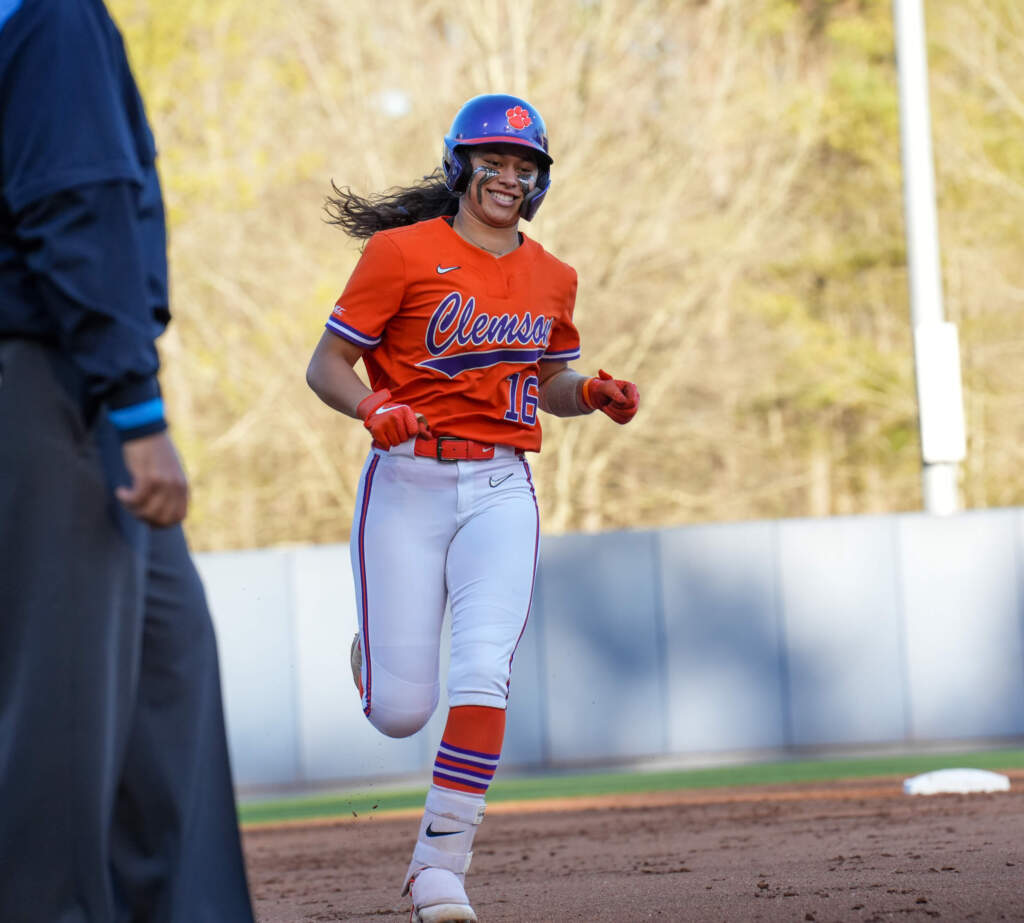 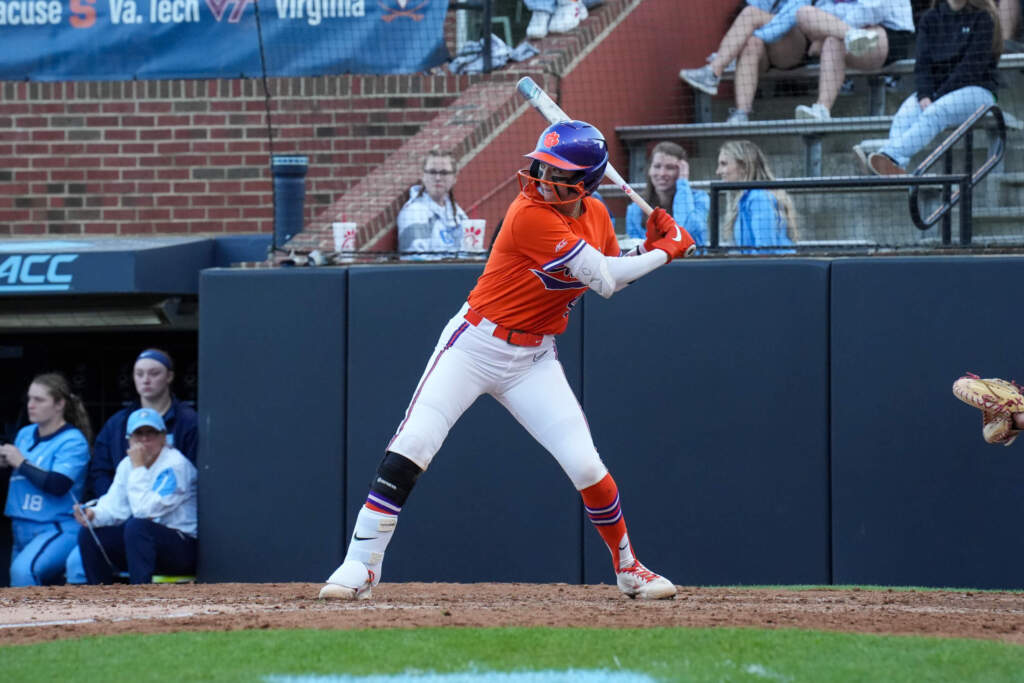 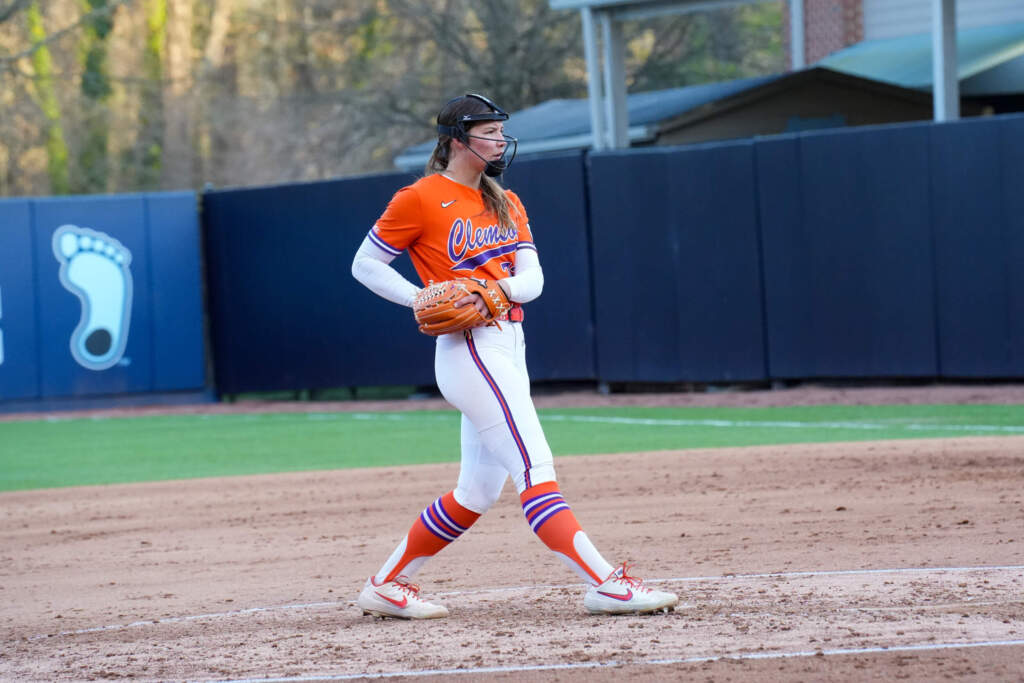 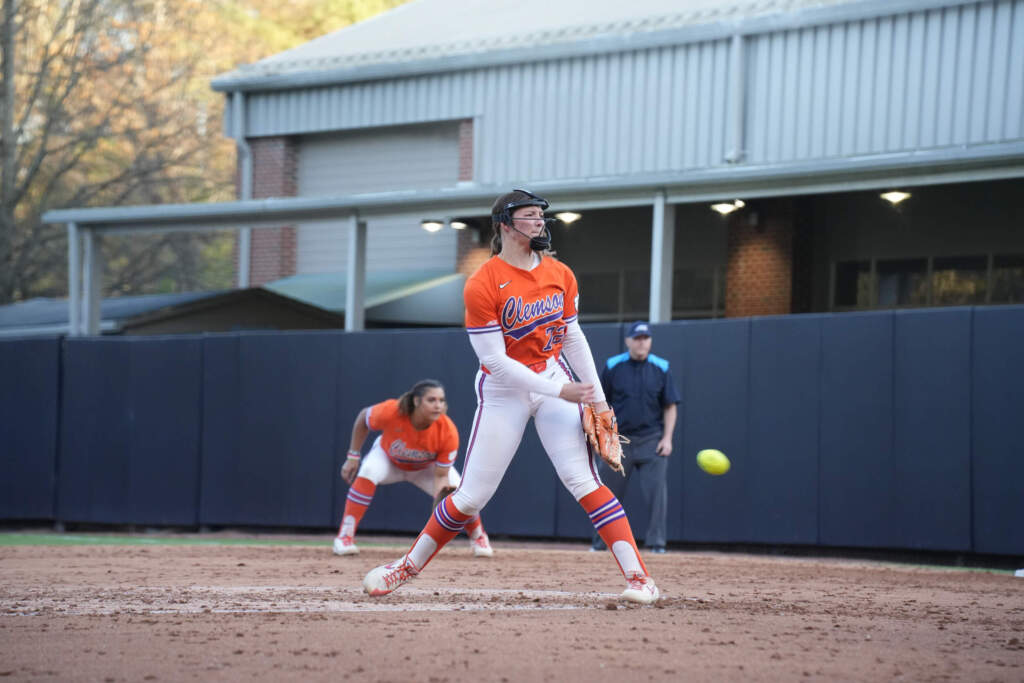 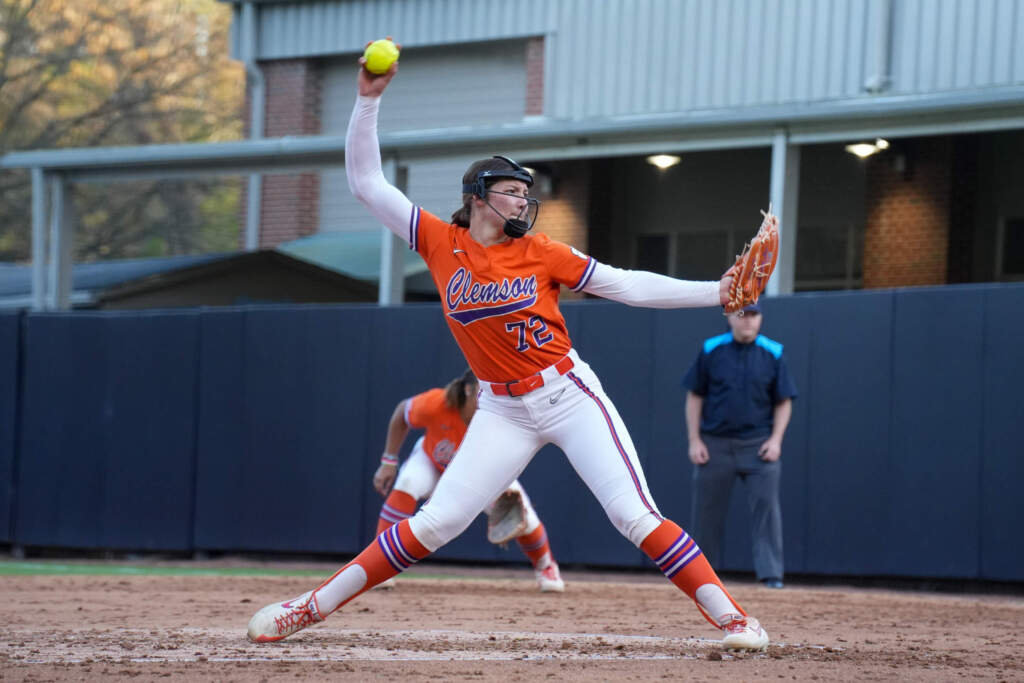 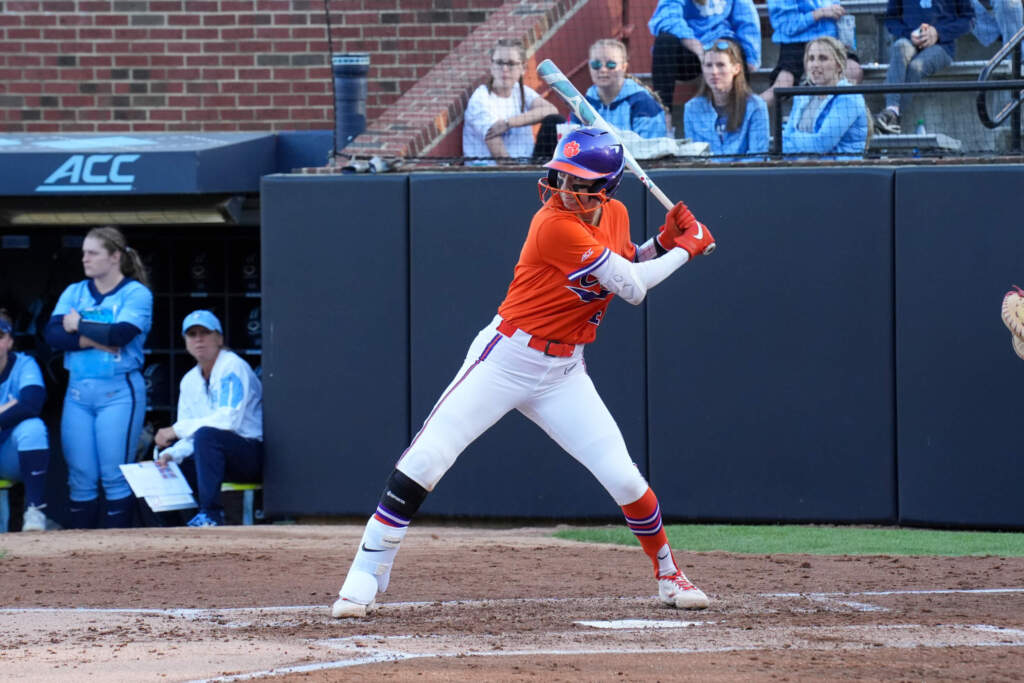 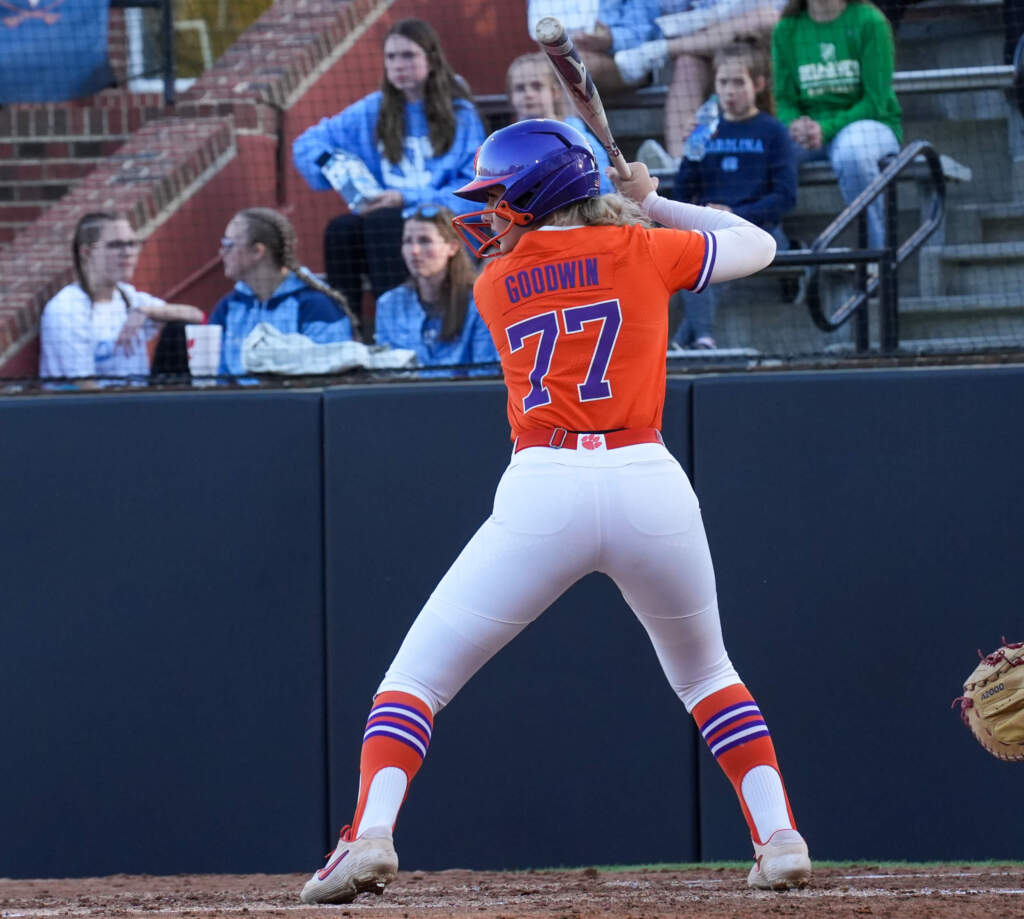 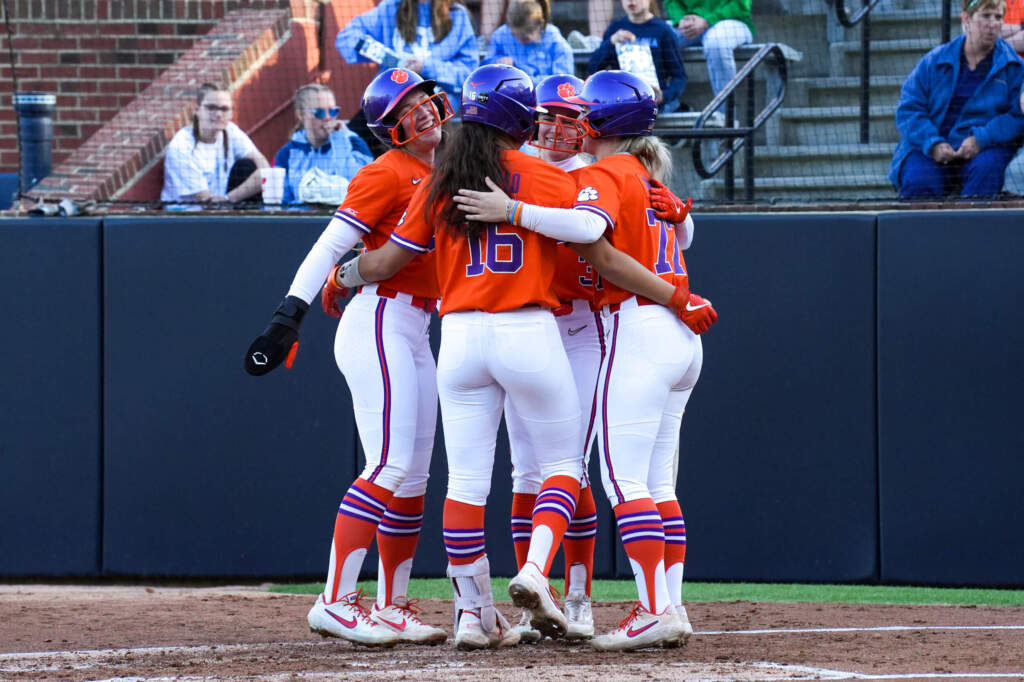