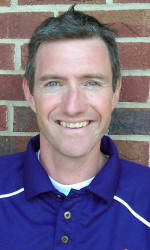 LaRoe joins the Clemson Rowing staff after serving as the varsity men’s rowing coach at Lewis and Clark College in Portland, Ore. During his first year with Lewis and Clark, the men’s team secured the Northwest Collegiate Rowing Conference championship for the first time, a result that was repeated in 2010, earning Lincoln conference men’s coach of the year honors.

Prior to arriving at Lewis and Clark, Lincoln coached junior rowing for nine years; two as a varsity coach at San Diego Rowing club and seven as the novice coach for both boys and girls with Oregon Rowing Unlimited (currently Rose City Rowing club).

Lincoln also served as an assistant coach with the US Junior national rowing team in 2002-2004 and as the head coach of the US Northwest junior regional development camp in 1999-2000.

In addition to coaching, Lincoln co-produces US Rowing coaching education films and live broadcasts of US Rowing events.

A native of Bozeman, Montana, Lincoln earned a B.A. in Political Science and History from Northwestern University in 1994, and an MBA from Portland State University in 2009.

“I am thrilled to have Lincoln join my staff at Clemson,” said Tenenbaum. “Lincoln is a great technical coach, and will be able to help both our varsity level athletes and our novices to improve their skills on the water. Coach LaRoe worked for me when I was the Head Coach of the Women’s Junior National Rowing Team in 2002 and 2003, and his presence helped us to a Silver medal and a bronze medal at the Junior World Rowing Championships.