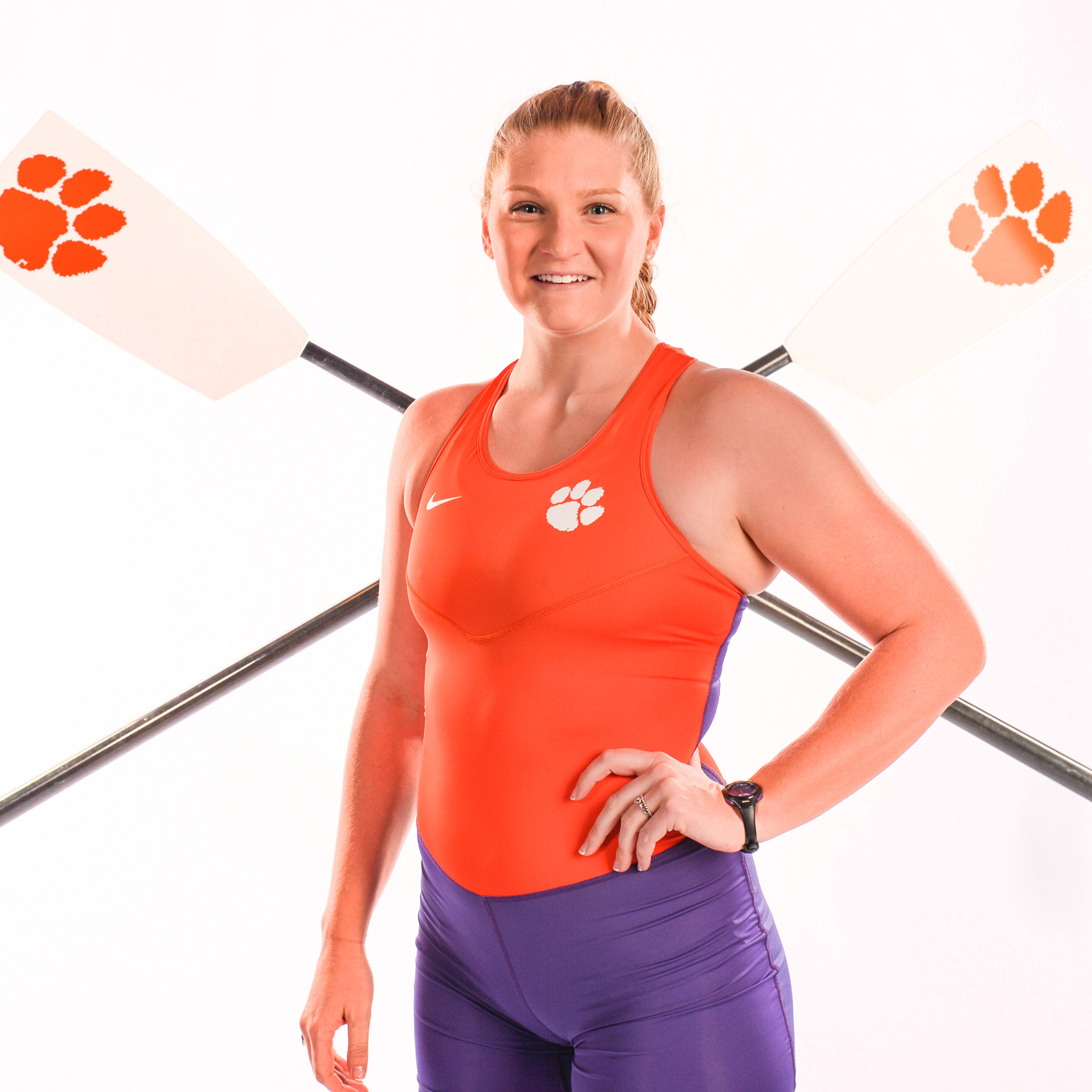 The alarm on the bedside table starts going off. The time reads “5:00 a.m.” Most college students would groan and hit snooze. Senior rowing captain Becca Kretzer sees “5:00 a.m.” as a time to start her day and become better than she was the day before.

With rowing, mechanical engineering, Reserve Officer’s Training Corps (ROTC) and then some on her schedule, not a minute of Kretzer’s day can be wasted.

“Being busy is definitely my forte. Rowing, school and ROTC play nicely together. They each require their own sacrifices.

“Mechanical engineering is one of the hardest things I’ve ever done, but it is definitely the best fit for me, it’s very hands on and I can go anywhere with it. I’m not limited to just one job.”

Over the last four years, Kretzer has learned how to make each of these different sacrifices to live her best life.

“It’s a lot of time management. That is one thing I definitely learned here. I have to make sure my schoolwork is done and I have to go to practice, so I have to factor those things in.”

But before she came to Clemson, Kretzer had a very different lifestyle, one a lot of college students still hang on to.

“I was the person in high school who woke up 20 minutes before I had to leave for school,” she said laughing.

But Kretzer was not afraid to make a change if it meant accomplishing what she set out to do.

“It is definitely easier to wake up at 5 a.m., now. College taught me how to be a morning person and how to go to bed earlier.”

As a high school student, Kretzer was looking for a way to pay for college when she came across the Air Force ROTC program at Clemson. Established in 1916, Clemson’s ROTC program allows students to earn a degree while going through proper military training to commission as an officer when they graduate.

Interested in aeronautics, the science of traveling through the air, Kretzer saw the program as a way to make the best out of her college experience.

“ROTC was a way for me to guarantee a job, leave the state and pay for school. It was the No. 1 reason I chose to come to Clemson.

“But I was the first one in my family to actually do anything with the military, so I had no idea what to expect. It is an interesting atmosphere…the military life is very different.”

Although ROTC cadets have physical training a few times a week, Kretzer has a rich athletic history and was compelled to do more.

“Before college, I was a four-sport athlete. I was a big soccer player, I swam, ran track and was doing something every season. You name it, I have probably tried it.”

Kretzer had tried nearly every sport except for rowing before she stepped on campus.

“Once I got the email to try out for rowing, I decided to try it out and it clicked. I also had a really great novice coach who helped me get started and then grow.”

However, her growth did not stop when she got off the water. During her freshman season, Kretzer hit another milestone with her teammates.

“Freshman year, I took my first plane ride. The rowing team went to San Francisco to race at Redwood Shores. I’d never even been to the West Coast, so it was an amazing experience.”

During that season and the two that followed, Kretzer internalized what it took to be a team leader. When her senior season rolled around, what she had been focusing on paid off.

“This year, I was voted senior captain. I had great leaders to look up to my first three years. I focused on what they were saying and what they were doing that motivated everyone.

“In rowing, everyone is doing something different. You have to make sure you are able to keep them all focused and motivated. I had to transition to a team leadership mindset instead of a flight ROTC leader. In flight, everything is very structured.”

Not only did she learn skills to become a more effective leader in rowing, Kretzer also gained valuable leadership skills in the ROTC program.

“One of the biggest skills I learned in ROTC was communication. Freshman year, I would stand up for presentations in Air Force class and I would stutter, fidget and physically shake.

“Now, it is nothing to get up and give a 15-minute presentation or get up and speak to the team. I also learned how to lead different types of people. There are quiet people and there are loud people, and you have to lead each one of them differently.”

Not one to look for down time, Kretzer’s outstanding leadership skills also helped her branch out to other organizations on campus. She is involved in two prestigious honor societies, Omicron Delta Kappa and Scabbard & Blade, and the Student Athlete Advisory Committee (SAAC).

In SAAC, Kretzer is now on the executive board and runs the leadership committee.

“My committee does a lot of professional development and plans different activities and lessons every week to enhance everyone’s leadership ability. We also talk a lot about NCAA legislation, and some of our ideas are going to be brought up to the leaders in the NCAA this year.”

Scabbard & Blade gives Kretzer another chance to be the best she can be while also remaining connected with Clemson’s military community.

“Scabbard & Blade is the military honor society here at Clemson and is the second-oldest organization on campus. It is a really prestigious honor society and it is cool to be a part of that.

“We do the military ball and plan a lot of community service events. We are the ones who do the march of the rings for the ring ceremony, we do legacy day and this year is the 100th anniversary for ROTC, so we are involved with that, too.”

Being in these organizations allows Kretzer to hone her leadership skills in different areas each day that she is on campus.

“I’ve learned a lot of leadership skills that have taught me how to carry myself in school, in rowing and in life. It’s really challenging and something I had never done before I came to Clemson.”

Kretzer said while she is not ready to leave, her decision to join ROTC has paid off, as she already received her job assignment for when she graduates in December.

“The day before I graduate I will commission as a second lieutenant with the United States Air Force, and I will be an officer. I am going to be a developmental engineer at Tinker Air Force Base in Oklahoma City. It is exciting and scary at the same time.”