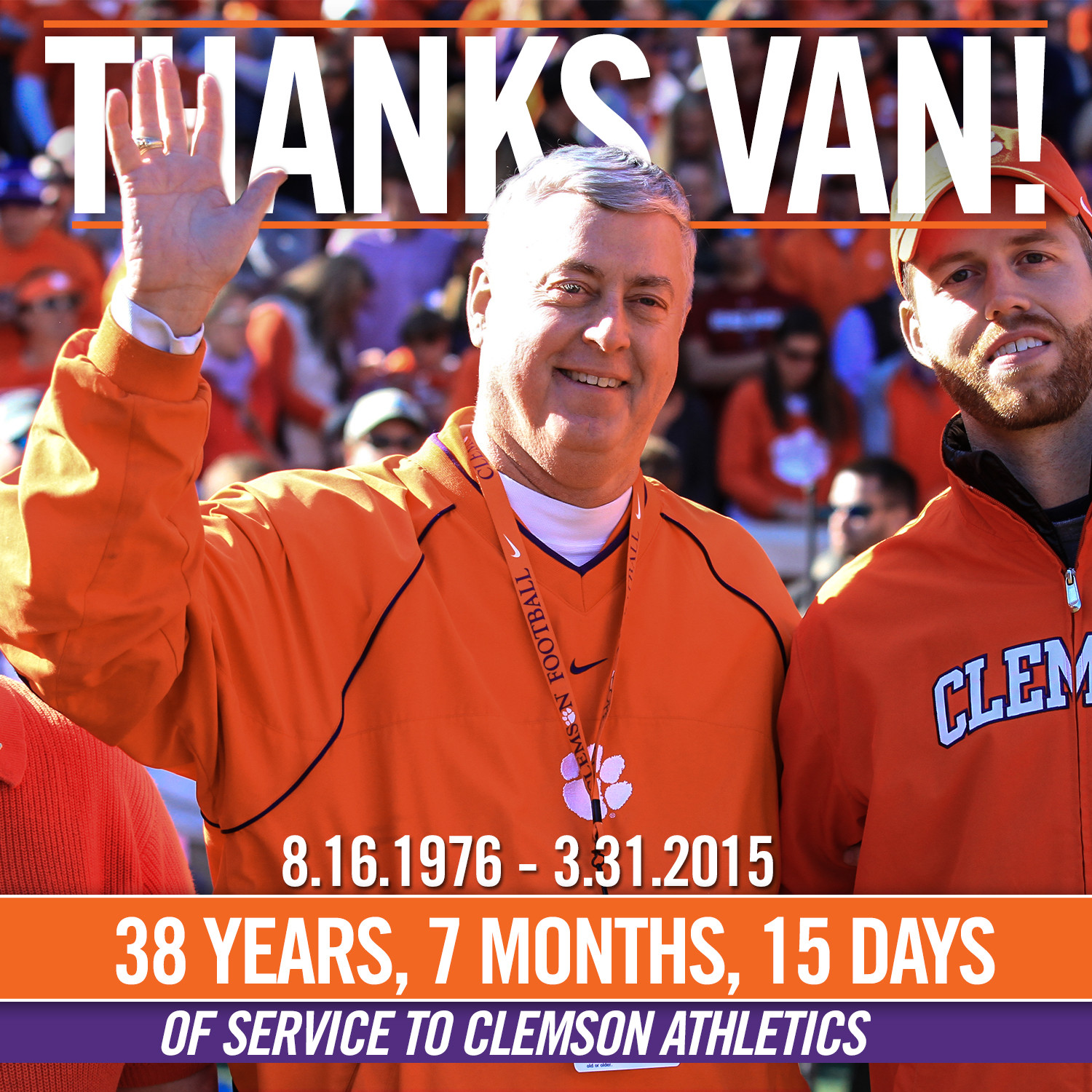 Hilderbrand was recognized for his service at Clemson’s final home football game last fall, but Tuesday was his last day on the job.

The native of Clover, S.C. came to Clemson as a student in the fall of 1970. He had been an outstanding basketball player in high school and held the Clover High School career scoring record until it was broken in 1993 by Lamont Hall, who would go on to become an All-ACC football player at Clemson.

Hilderbrand began work in the athletic ticket office in February 1972. He handled student ticket distribution while he was still a student until he graduated in May 1974.

After a year working in recreation in Greenwood, S.C., he was called back to Clemson by then Ticket Manager Earle Ambose in the late summer of 1976 and started as a full-time employee on Aug. 16, 1976. He worked in the Clemson athletic department the last 14,106 days.

Hilderbrand was the one and only assistant ticket manager from 1976-80, then moved into the director’s position for the fall of 1980 when Ambrose became the full-time pilot for the athletic department. He took over tickets, parking and event management, and that was his hectic job responsibility for 23 years.

Hilderbrand has had many career highlights. As an assistant, he helped manage the incredible demand for tickets when the Tigers were invited to the 1977 Gator Bowl, the program’s first bowl appearance in 18 years.

“We had money in the vault for 52,000 ticket orders and the bowl had given us just 30,000 tickets! stated Hilderbrand. “We couldn’t do orders by credit card back then. We had this pile of checks and cash in the vault. We spent much of the next month sending checks and money orders back to people.”

Hilderbrand was also in charge of student tickets the night (Jan. 9, 1980) Clemson played No. 1 Duke in men’s basketball. He had allotted the normal 2,500 student tickets and 5,500 showed up.

“We let the first 2,500 in early, then started placing students 100 at a time in standing-room areas, then down the aisles,” explained Hilderbrand. “But everyone knew this could be a special night and moved in an orderly fashion.”

It certainly was a special night, as Clemson upset Duke 87-82 in overtime in front of 13,863 fans, a record that will never be broken.

Hilderbrand’s second year as ticket manager, the Tigers won the National Championship in the Orange Bowl with a win over Nebraska. Again, he had to handle an incredible demand for tickets. The Orange Bowl gave Clemson 25,000 tickets and there were orders for over 40,000. He somehow convinced Nebraska to sell him 10,000 of their allotment, and bargained with other outlets for 5,000 more.

He was also Clemson’s ticket manager for the first Bowden Bowl in 1999, when a record 86,092 filled Death Valley.

Since 2003, HIlderbrand has been the event manager for over 1,000 Clemson sporting events.

“It has been a great career,” said Hilderbrand on Tuesday. “I have worked for some terrific people in this department and it has been a rewarding experience to work with the Clemson fans all these years.”

What has Hilderbrand planned for his first day of retirement on April 1?

That is no “April Fools” joke. He will be there.