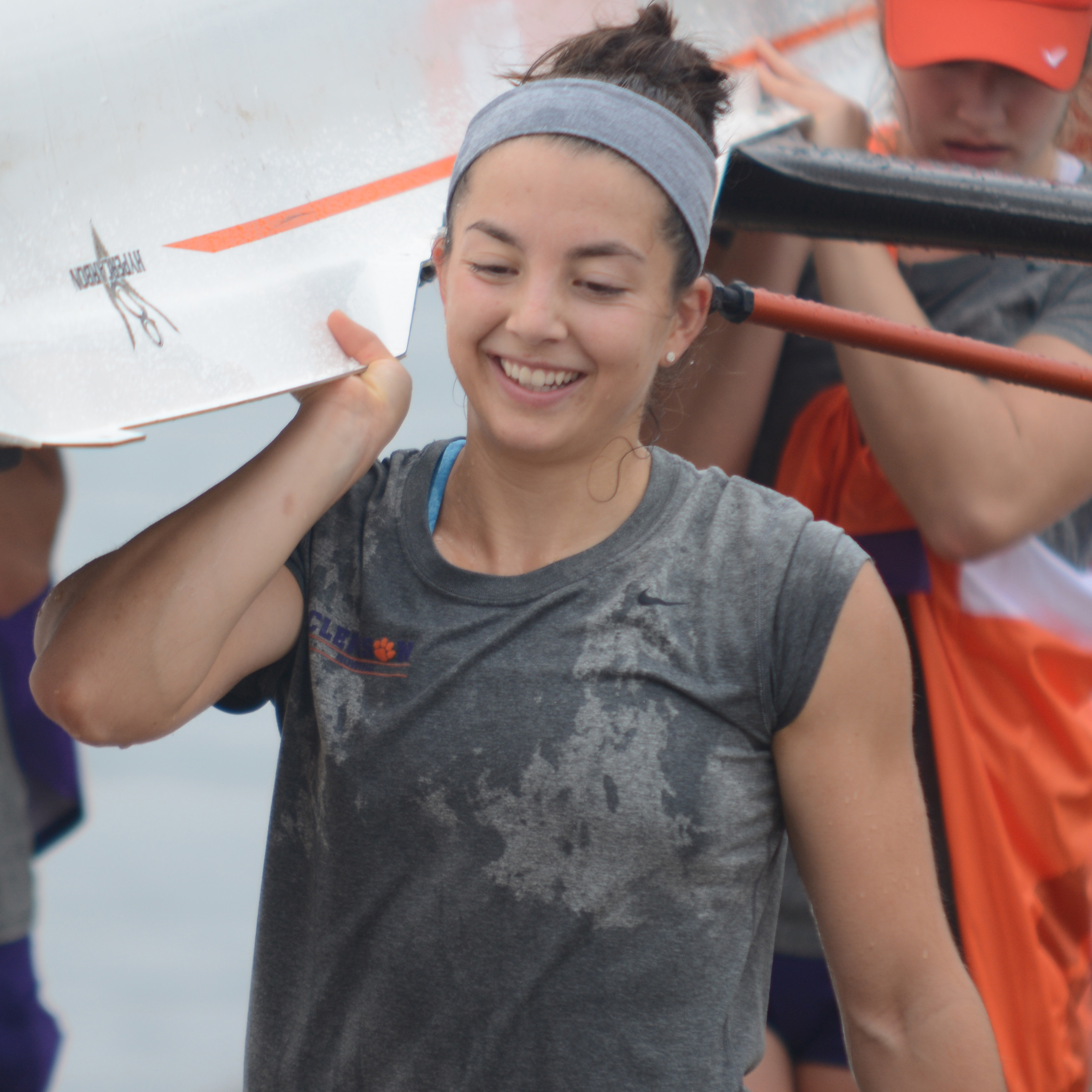 CLEMSON, S.C. — Junior rower Lydia Hanewich has been named an All-American by the National Strength & Conditioning Association (NSCA). The native of Norton, Mass., was a member of Clemson’s Second Varsity 8+ this season, and was also honored as a National Scholar-Athlete this summer by the Collegiate Rowing Coaches Association (CRCA).

Hanewich was honored for dedication to not only strength training and conditioning, but also academic and personal accomplishments. She and volleyball’s Leah Perri were the two female recipients of this honor from Clemson in 2015-16.

Hanewich rowed with the 2V8 the entirety of the 2016 spring season, finishing as the two-seat over the final eight races. She helped the boat to a runner-up finishes in both sessions of the Big Ten/ACC Challenge on April 2, and a third-place finish in the morning session of the Clemson Invitational on April 17.