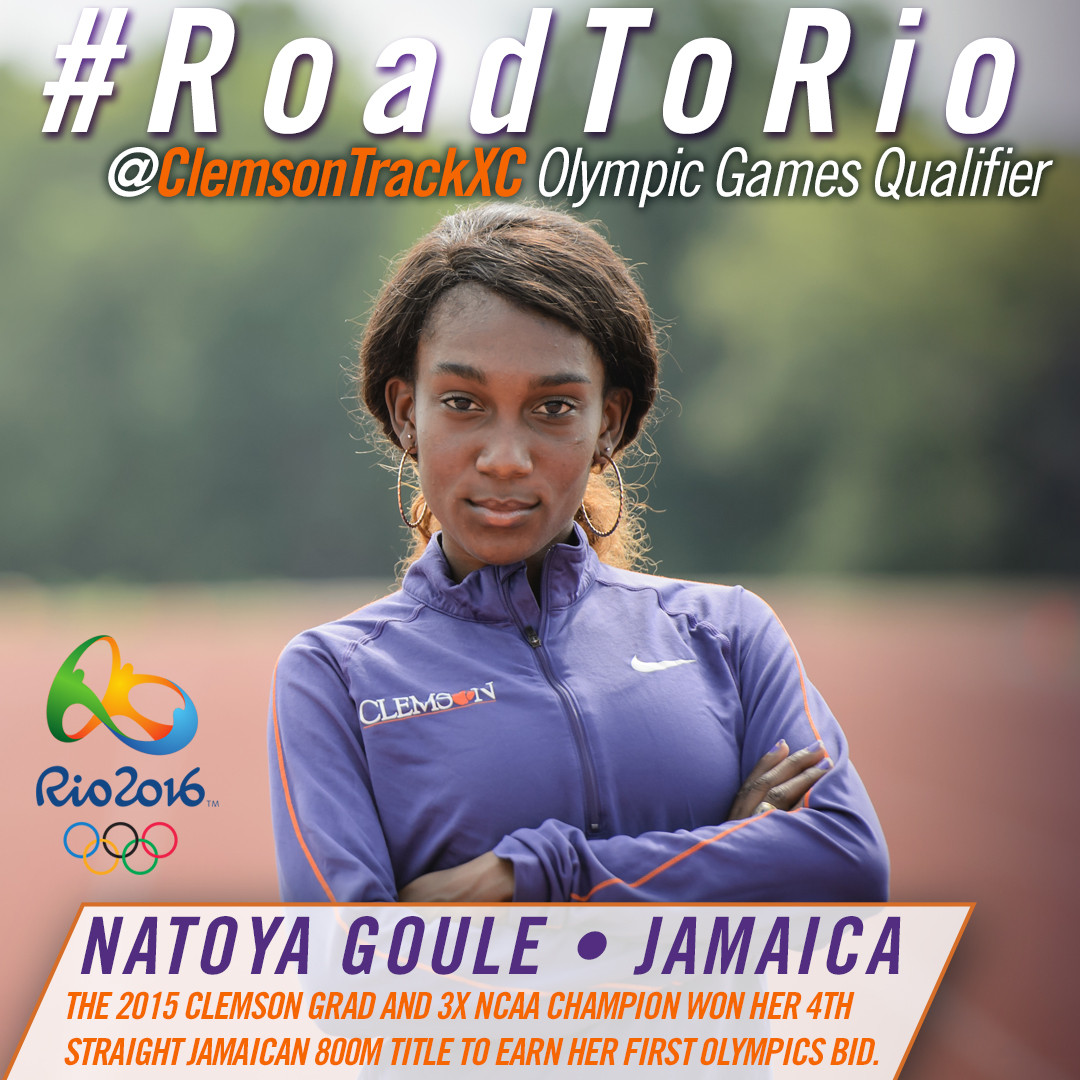 CLEMSON, S.C. — Natoya Goule, 2015 NCAA Indoor champion in the 800 meters at Clemson, earned a spot in the upcoming Olympic Games by winning her fourth straight national title in her signature event Saturday at the Jamaica Trials. Goule will be part of the Jamaican team that is headed to Rio de Janeiro, Brazil.

Goule is the first Clemson female from the country of Jamaica to qualify for the Olympics since Michelle Burgher competed in track in 2000 and 2004. Goule led from the start Saturday and produced a winning time of 2:00.23, beating Kenia Sinclair (2:01.11) and Simoya Campbell (2:02.85) to the finish line.

Goule transferred to Clemson from LSU and competed for the Tigers in 2015, helping the women’s track & field team to a sweep of the ACC Indoor and Outdoor Championships. Goule earned three first-team All-America honors in all as a senior, before signing with adidas last summer.

The Olympic Games women’s 800 opening round is set for Wednesday, August 17.