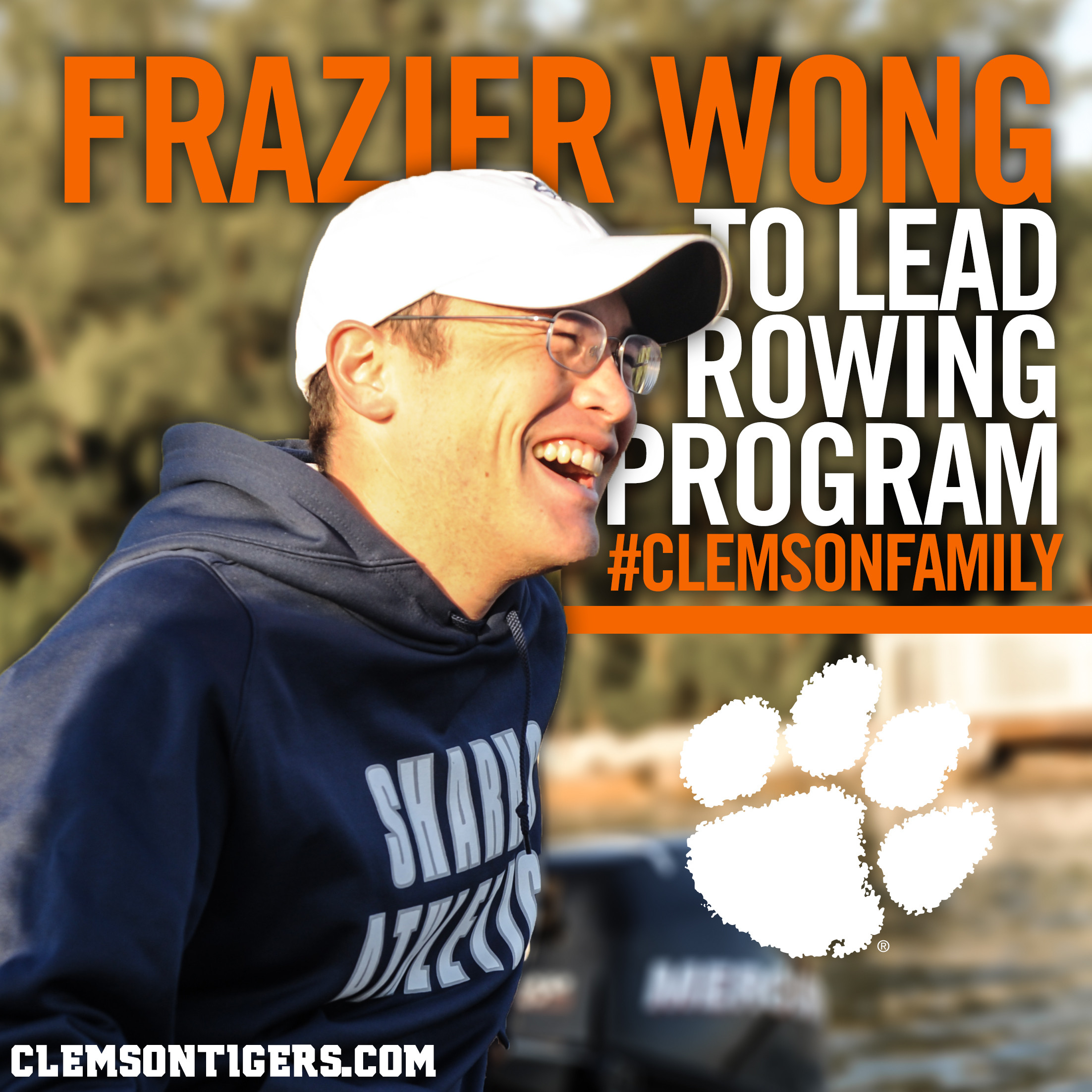 Stephen Frazier Wong has been named head coach of the Clemson rowing program, director of athletics Dan Radakovich announced today. Frazier Wong has served as head coach at Nova Southeastern for the past two seasons, claiming the program’s first NCAA national championship in his first season and finishing second at the NCAA finals in 2014.

“Stephen is one of the top young coaches in the nation, and we’re excited to have him lead our program to the next level,” Radakovich said.

Frazier Wong went to NSU after seven years at the University of North Carolina, Chapel Hill. He started out as an assistant coach in 2005 working primarily with the Tar Heels novice crew. In 2008, he was promoted to associate head coach.

“I’m extremely grateful to Dan Radakovich and Barbara Kennedy-Dixon for this opportunity,” Frazier Wong said. “Clemson has first-class facilities and a commitment to be a top-level rowing program. I’m excited for the future of Clemson rowing and look forward to getting started on building a nationally prominent squad.”

“Stephen emerged as a top candidate from a deep pool of candidates,” Kennedy-Dixon, Associate Athletic Director / Senior Women’s Administrator said. “We had great interest in this job from around the nation, including Division I head coaches and some of the top assistants in the country, and through the interview process there was no doubt Stephen will do a great job here at Clemson.”

A 1996 graduate of Rollins College, he rowed collegiately for three years. Following graduation, he coached Rollins’ novice rowing team for six seasons, leading the squad to third-place finishes at the NCAA Division II Championships in 2002 and 2003 and to a first-place finish at the Southern Intercollegiate Rowing Association Championships in 2005.