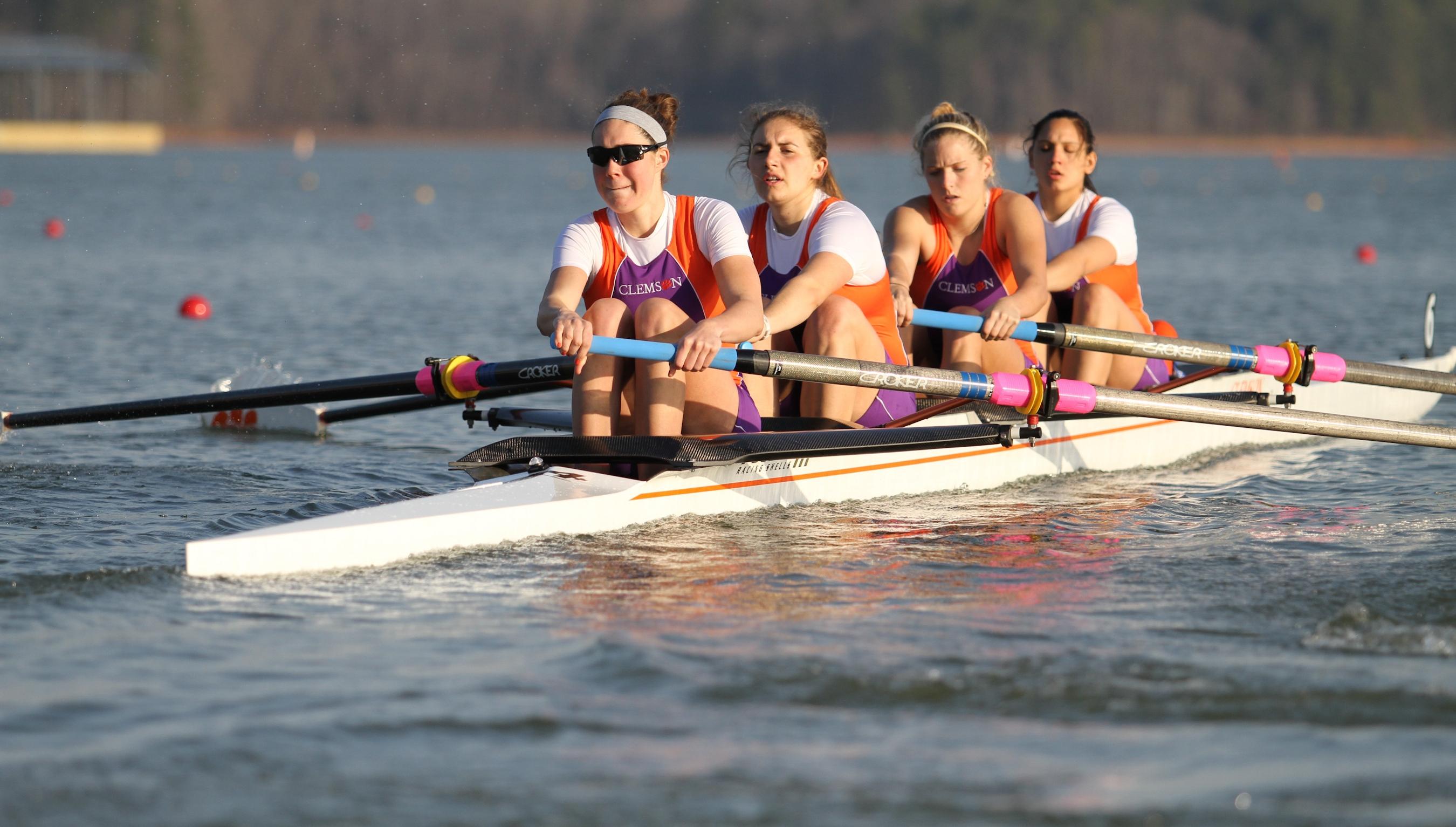 GREENSBORO, NC – Clemson’s1st Varsity 4+ crew which defeated a pair of Pac-12 crews from ninth-ranked Stanford and Oregon State and performed well against second-ranked California last weekend in Redwood Shores, CA, was named by the Atlantic Coast Conference as its ACC Crew of the Week on Wednesday.

“Our entire team is really proud of the Varsity Four,” said Clemson Head Coach Robbie Tenenbaum. “They did a fantastic job this past weekend against strong Pac-12 teams and this group just keeps getting better and better every practice.”

The win was the first by Clemson’s 1V4 over a nationally-ranked opponent since defeating Virginia last year in the ACC Championships.

The Tigers then came back later Saturday and posted a time of respectable time of 7:29.2 in dropping a race to the second-ranked California Bears (7:15.7).

Coach Tenenbaum’s team then keyed a Tiger sweep of all four races against Oregon State on Sunday as the 1st Varsity 4+ crew defeated OSU (7:44.6), posting a time of 7:40.1 in much less conducive rowing conditions.

The Tigers’ 1st Varsity 4+ earned ACC Crew of the Week honors over the 2nd Varsity 8+ crew from Boston College, which defeated crews from Rhode Island, Massachusetts and George Washington on the Narrow River in Kingston, RI, last Saturday, and the North Carolina 1st Varsity 4+ crew, which defeated Fours from both Georgetown and Georgetown Lightweight, in a Saturday race on the Potomac River in Washington, DC.

Clemson, ranked 15th nationally in the latest CRCA national poll, will next be in action on April 13 in Cambridge, MA, facing 11th-ranked Yale, Dartmouth and Boston University on the Charles River.

The 2013 ACC Rowing Championship will be held on Sunday, May 12, on Lake Hartwell in Clemson, SC.