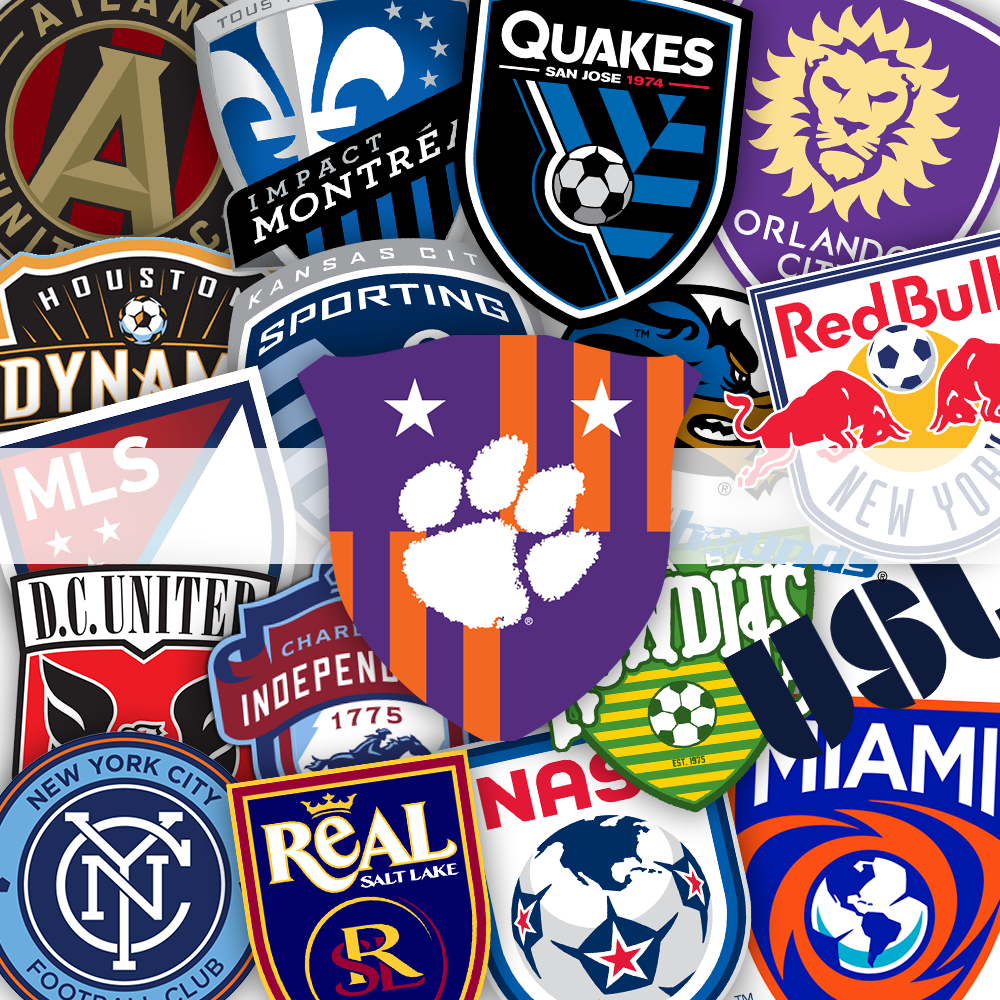 Fifteen Tigers Suit Up For Preseason

CLEMSON, S.C.- As preseason begins, Clemson has a stealthy amount of former players gearing up for another season in the pros. Wheather they are front office personnel, playing for a Major League Soccer team or in other professional ranks playing, the Tigers are well represented. With four players being selected in the 2016 MLS Super Draft, the Tigers set a new program record. Also, Andrew Tarbell became the highest selected player in program history.

Andrew Tarbell, a 2015 Clemson graduate was selected by the San Jose Earthquakes 8th overall in the 2016 MLS SuperDraft. “I think he’s a good goalkeeper,” said Kinnear. “He has a bright future and his GA status made him even more attractive to us. We felt he would be a great option for us.”

Kyle Fisher, a 2015 team member was selected by the Montreal Impact 14th overall in the MLS SuperDraft. Head coach Mauro Biello had some positive words about Fisher, “I believe Fisher was one of the most ready players out of this years draft in terms of leadership and know-how at the MLS SuperDraft.” Biello also said “He impressed us about the game, tactically. He was someone we think who could help us in our depth chart.”

Paul Clowes, a 2015 Clemson graduate was selected by DC United with the 32nd overall pick in the 2016 MLS SuperDraft. “We got a guy that we liked from the start of the combine. He fills a need right now. He’s a very good passer, a number 6,” manager Ben Olsen said of Clowes. Olson continued on by saying, “we’re looking forward to seeing him in camp. Hopefully he fits in with the group, and does a good enough job to make an impact, to be on the team.”

TJ Casner, a 2015 team member, was selected by the Houston Dynamo 47th overall in the 2016 MLS SuperDraft. Casner looks to impress during preseason to earn a first team roster spot. Casner was one of only two players drafted by the Dynamo in this year MLS SuperDraft.

Amadou Dia, a 2014 ACC Championship team member, was selected by Sporting Kansas City with the 20th overall pick in the 2015 MLS SuperDraft. During his rookie season with Sporting KC, he started 18 of 27 appearances in all competitions and tallied three assists.

Phanuel Kavita, a Salt Lake City native, signed as a homegrown player for Real Salt Lake in January of 2015. Kavita saw time for the Real Monarchs, the USL affiliation of Real Salt Lake.

Chris Glodack signed with the Rowdies on February 23, 2015 for his first professional contract. He is currently still on the roster as pre-season begins, competing for a starting job.

Manolo Sanchez, a 2014, ACC Championship team member, drafted by The New York Red Bulls with the 17th pick of the fourth round, 79th overall, in the 2015 MLS SuperDraft. As an unsigned draft pick in preseason, the midfielder impressed in camp and scored the game-winning goal in the Red Bulls’ 1-0 victory against USL side Oklahoma City Energy FC. Sanchez appeared in 3 games during the impressive 2015 campaign by the Red Bulls, seeing most of his action with the New York Red Bulls II team.

Cody Mizell joined Charlotte Independence of the USL on December 23, 2015. Spent last year playing for Knattspyrnufélagið Fram of Iceland. “In Cody, we have a goalkeeper who possesses the quality and character we need for our goalkeeping situation,” said Independence Head Coach Mike Jeffries. “He has professional experience as a No. 1 last year in Iceland, he has a great mentality and daily attitude, and he is a top talent. Cody is very quick off his line and an excellent shot stopper, as well as very good with his feet. Cody will challenge the keeper we get from Colorado day-in and day-out and will help us win games when called upon.”

Jack Metcalf, a 2013 Clemson graduate, joined the Charlotte Independence on February 19, 2015. “Jack knows how to play the game and plays with passion,” Independence General Manager Tom Engstrom said. “He will fit in well with the group that is being assembled.” “Jack is a clever, technical player who brings versatility, a high soccer IQ and a strong competitive passion to the group,” head coach Mike Jeffries added. Metcalf said the Independence was a club that stood out to him from the moment the USL announced the new franchise.

Nathan Sturgis, a versatile player acquired in the 2014 MLS Re-Entry Draft for his second stint in Houston after spending the 2012 season with the Dynamo. Sturgis played in 18 games, starting 15 in 2015 for the Houston Dynamo. He recorded a total of 1292 minutes last season.

Joe Bendik is making a strong statement to be the starting goalkeeper for Orlando City. Bendik said he is, “passionate and plays with a lot of heart.” His appearance seemed to match that statement. Coming into Orlando from Toronto, Bendik looks to make “a fresh start” here and with Orlando fans.

Hunter Gilstrap, on January 8, 2015, signed with the Carolina RailHawks for the 2015 season.Gilstrap then signed with Pittsburgh Riverhounds of the United Soccer League on January 7, 2016.

Dane Richards, the 31-year-old Jamaican international, most recently played for Indy Eleven of the NASL and prior to that he was with the MLS’ New York Red Bulls. The Red Bulls took him in the second round of the 2007 MLS Superdraft. He is currently playing for Miami FC in the NASL.