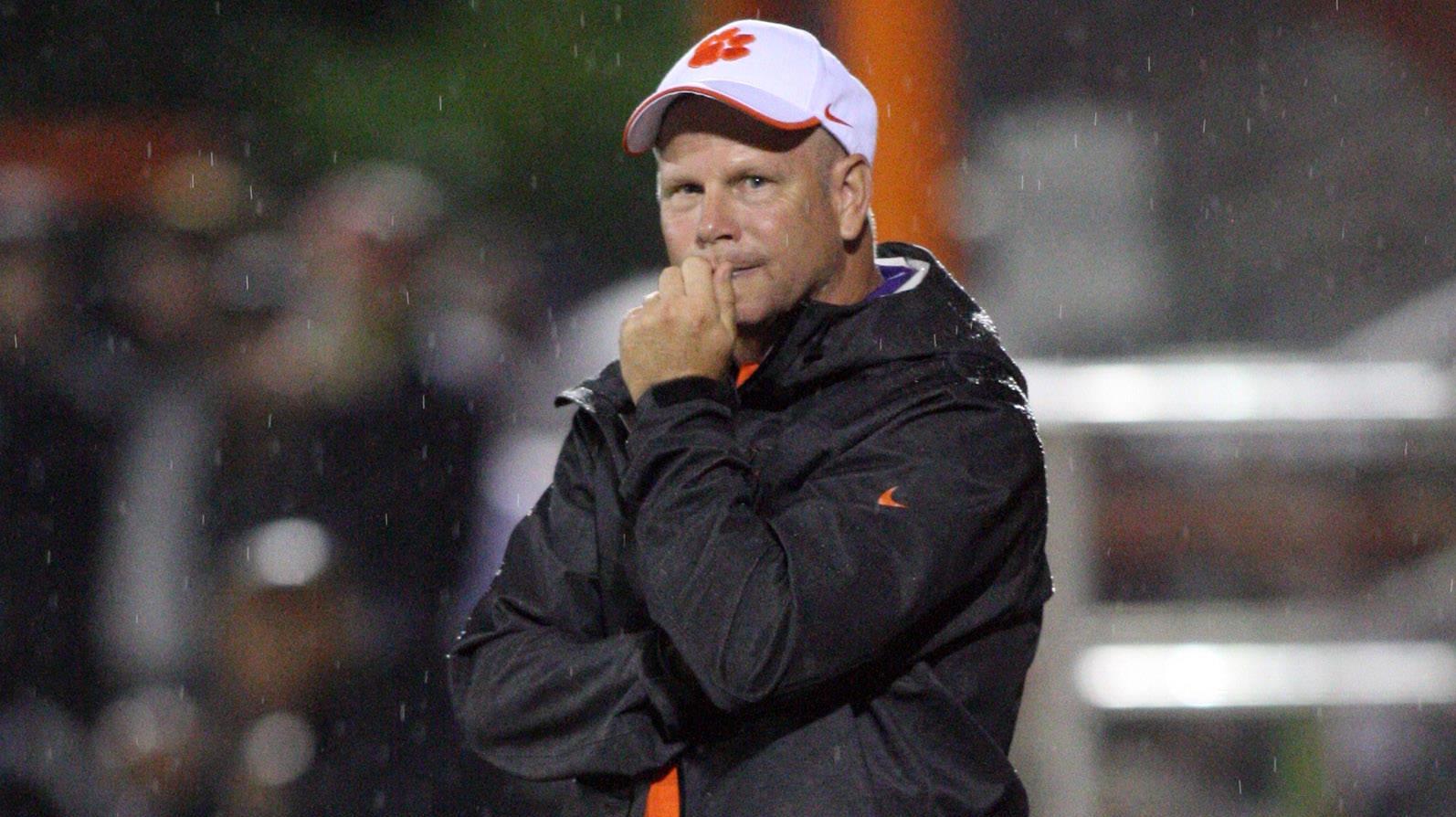 CLEMSON, SC – Eddie Radwanski wasn’t much in the mood to heap praise onto his Clemson women’s soccer team following its game against Winthrop on Monday night at Historic Riggs Field.

The fact the Tigers won the game 2-1 is a testament to just how far the program has come since Radwanski took over prior to last season. But admittedly, the head coach is already holding his team to a much higher standard these days.

Nonetheless, Clemson improved to 5-1 on the season with the victory, which came two days after it defeated rival South Carolina 1-0 in double overtime – an achievement Radwanski said was a significant milestone for his young team.

“I was hoping for a little bit better response after our win on Saturday,” Radwanski said. “That was one of the challenges – how could we come back mentally and could we come out and compete for 90 minutes. I thought we were a little lackluster.

“But that’s part of our development with our team – learning how to deal with getting a big win, one that means something, and responding from it in that next game. That’s just part of what this young team has to learn to deal with.”

And while the Tigers might not have been on top of their collective game against the in-state Eagles, there were plenty of positives to take from the victory.

Clemson dominated possession virtually from start to finish, even if it created fewer chances than it might have liked. And the Tigers never seemed in danger of losing, at least until Winthrop’s Devin Puckett netted a goal with under nine minutes to go to make the score 2-1 and make for a nervous finish.

Prior to that, Tiger midfielder Vanessa Laxgang looked to have put the match on ice with her goal in the 62nd minute. When teammate Hailey Karg picked the ball up in the middle of the pitch, Laxgang saw Karg had room to work, made an outside run into space to open a passing lane, made a deft first touch on Karg’s searching ball, sealed off her defender in the box and blasted a near-post shot into the corner.

“Vanessa scored a good goal,” Radwanski said. “Received the pass, her first touch was inside, got the defender on her back, she was composed, you could see her take that breath, open up her right foot, turn and just slot it into the goal. It was a very well-taken goal.

“We just needed a little bit more of that from other players. Maybe I’m being greedy because I’m expecting a high standard all the time. … We’ve got to all keep learning, and this team will.”

Laxgang admitted the team’s win over South Carolina had taken an emotional toll on the players – saying a few tears of joy had been shed in the wake – as well as the obvious physical toll of playing 110 minutes two days prior.

“I think coming after a win like that and an emotional game especially, it’s hard to put together a second game in three days and come out with the same intensity that you have against a big rival like the Gamecocks,” Laxgang said. “But I’m glad we grinded it out and finished it off with a win.”

Laxgang, a junior from Arlington Heights, IL, has been a primary part of the Tigers’ attack, taking all the corner kicks and spraying the ball around from her spot out on the flank all season, but finding the net is always the ultimate goal for an attacking player. The goal that turned out to be Monday’s game-winner was her first of the season.

“It felt good,” Laxgang said. “It took a weight off my back scoring my first one of the season. I just tried to stay composed.”

And while Radwanski admittedly is holding his team to a higher standard, he also conceded the win over South Carolina two days prior to its win over Winthrop was a significant step in the right direction for a young team that is growing up right before his eyes.

“If you think about it, it’s been awhile for a number of these kids that they got a big win that they could hang their hats on,” Radwanski said. “So, I get that part. But we’ll just keep learning and developing. Everything that we’re doing now is just to get us ready for the ACC. We have to be ready when we go out there.”