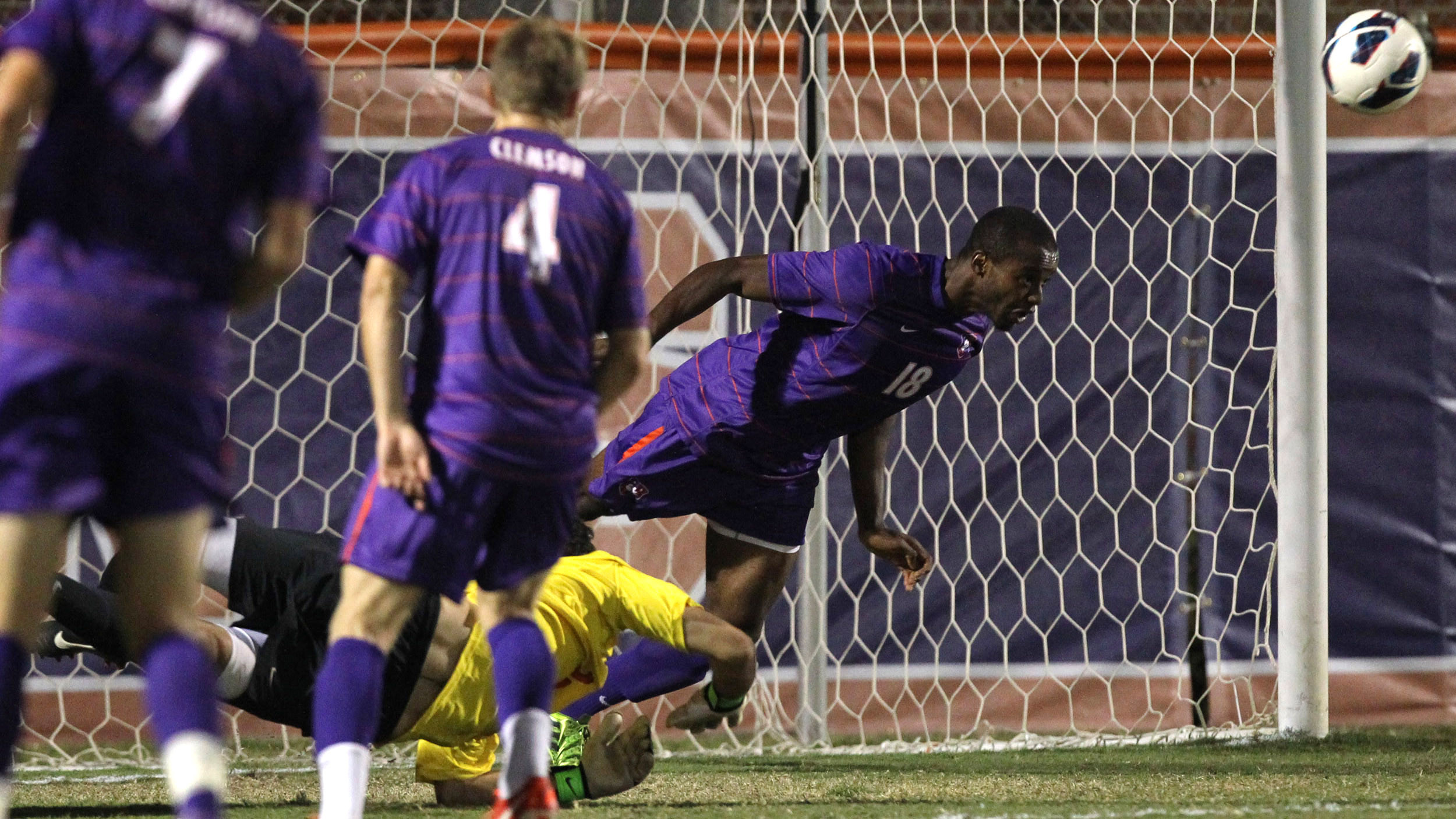 CLEMSON, SC – The Clemson men’s soccer team rose to its highest ranking since 2006 this week, and it has done it with a streak of defensive stinginess the likes of which the program hasn’t seen in much longer.

Clemson extended that statistic to one goal through six games in a 2-0 win over the Spartans – it still needs two more shutouts to match the ’83 squad – and in the process, extended its streak of not allowing a goal to 407 minutes, 11 seconds.

The Tigers (6-0) last allowed a goal at the 54:25 mark of the second game of the season against South Carolina, which they went on to win 2-1 in double overtime, and have kept a clean sheet in all four games since.

“I think the key has been that everybody is buying into playing good team defense,” Clemson head coach Mike Noonan said. “It’s not just the back four or the goalkeeping. Everybody is doing their job – the front players, the midfielders and the defenders.”

Goalkeeper Andrew Tarbell had five saves against UNCG, while center back Phanuel Kavita cleared a ball off the line in the second half with the Tigers up 1-0 at the time to preserve the lead before Manolo Sanchez put the match away with a classy strike in the 70th minute.

Kavita’s shot-stopping play epitomizes the team-defense philosophy Noonan talked about – because while he just happened to be in the right place at the right time, in many ways that defines the responsibilities of a defender.

“Yes, the shot might have gone in, but he was where he was supposed to be,” Noonan said. “His experience is paying off now, and Kyle Fisher is doing a good job. I think it’s more of the team doing a good job defensively than any particular group of players.”

Kavita has been a stalwart in the back for the Tigers for some time, as he started all 38 games across the past two seasons and has played in all six this season, with five starts.

A native of the Democratic Republic of the Congo, Kavita grew up playing soccer – called “football,” of course, in his homeland – with his brothers and sisters before eventually moving to the United States.

Like most young standout soccer players, Kavita was originally a forward, but since he entered the U.S. Olympic Development Program at age 12, has gradually moved back toward the goal until finding a home in central defense.

“I sort of started shifting back in the ODP,” he said. “They put me at right wing and all of a sudden I ended up in the back. I just slowly started progressing in the back, and I got comfortable in the back. So now this is pretty much my position.”

Kavita certainly seems to have found a home there, and Noonan said he “could talk all night about where he’s gotten better” as a player, in no small part due to his work with the team’s strength and conditioning coaches.

“And I think Phanuel is a perfect example of that happening. The credit goes to him because we put them in an environment, but they have to do the work – and Phanuel has certainly done the work.”

With that, Kavita said the Tigers’ back line of himself, Fisher, Jack Metcalf and Alex Stockinger has developed a special understanding between one another that helps them do their collective job.

“We’ve all matured, and everybody is a junior or senior now,” he said. “It’s a good feeling because before we had a lot of young players in the back, but now everybody has matured and we all know each other very well, so the chemistry makes it easy to work with each other.”

That much is evident just by looking at all the zeroes in the Tigers’ recent scores.