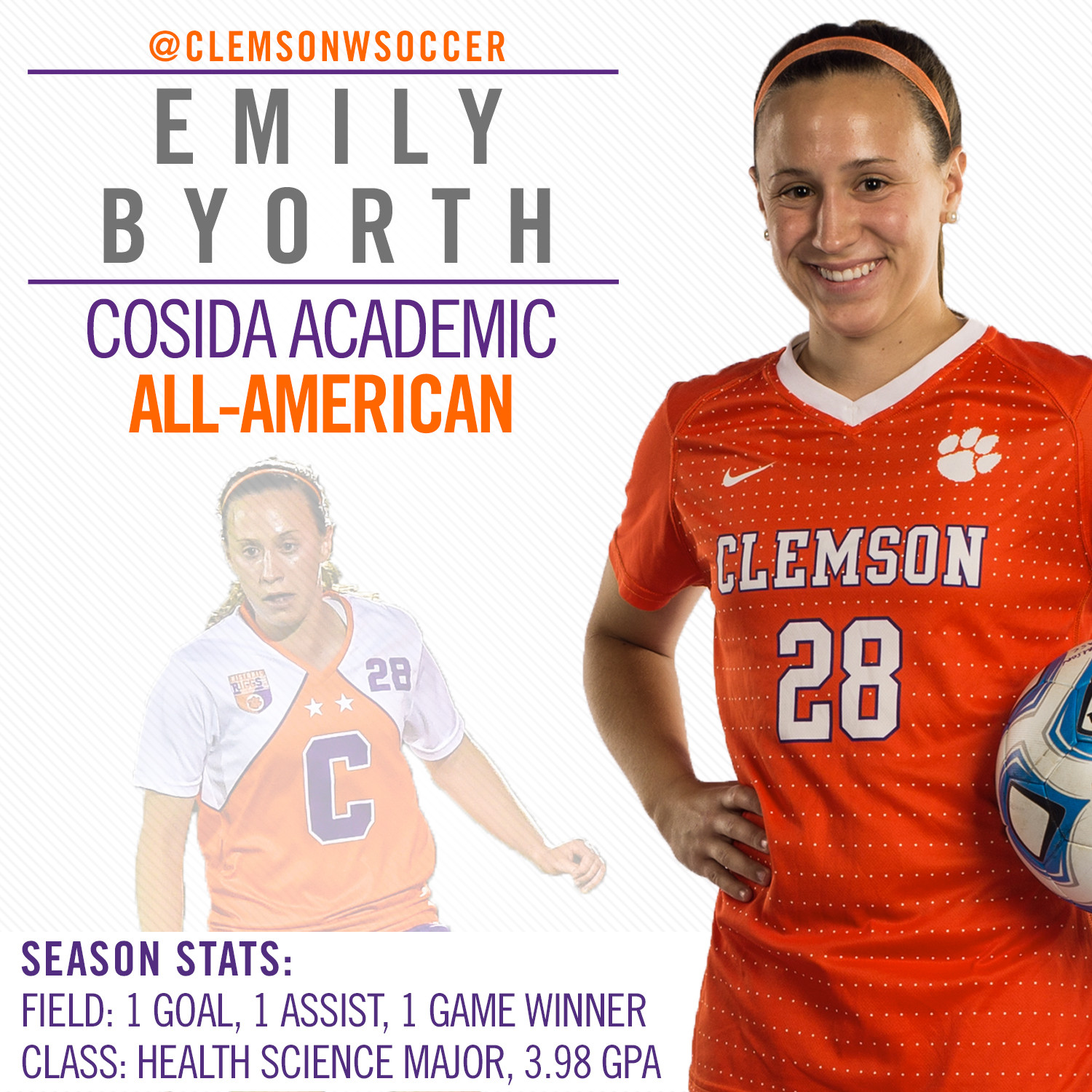 CLEMSON, S.C. – Junior defender Emily Byorth was named to the COSIDA Academic All-America Second Team, as announced by the College Sports Information Directors of America on Tuesday, Nov. 24. The Dublin, Ohio native is majoring in Health Science and has earned a 3.98 GPA in her academic studies at Clemson.

Byorth started all 20 games on the Clemson back line in 2015, recording one assist and one goal on the season. Her lone goal was the game winner scored in the 106th minute to lift the Tigers over Miami on the road in double overtime. The win was just the second for the program in Coral Gables in school history and the first since 2006.

Earlier this fall on Oct. 29, Byorth and junior forward Jenna Weston were named to the CoSIDA Academic All-District 4 team. Weston is majoring in Biological Sciences and has earned a perfect 4.0 GPA. The Mooresville, N.C. native tied for the team lead in goals in 2015 with five, three of which were game winners.