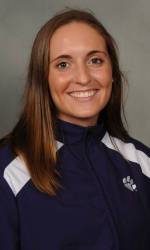 GREENSBORO, NC – The Clemson rowing team, which finished second to Virginia in the ACC Championships and 15th nationally, had a total of eight rowers selected led by Michelle Nance, of Simpsonville, S.C. who is a three-time All-ACC Academic honoree who was also the 2009 ACC Rowing Scholar-Athlete of the Year. National Champion Virginia had eight selections. Duke and Miami were next with five selections each followed by Boston College (4) and North Carolina (3).

A total of four All-Americans, 20 CRCA Scholar-Athletes and six CRCA All-Region honorees are featured on the 2010 All-ACC Academic Rowing Team. The 33 rowers were selected from a pool of 140 nominees from the ACC’s six schools who sponsor rowing–Boston College, Clemson, Duke, Miami, North Carolina and Virginia–an impressive average of almost 23 nominees per school.