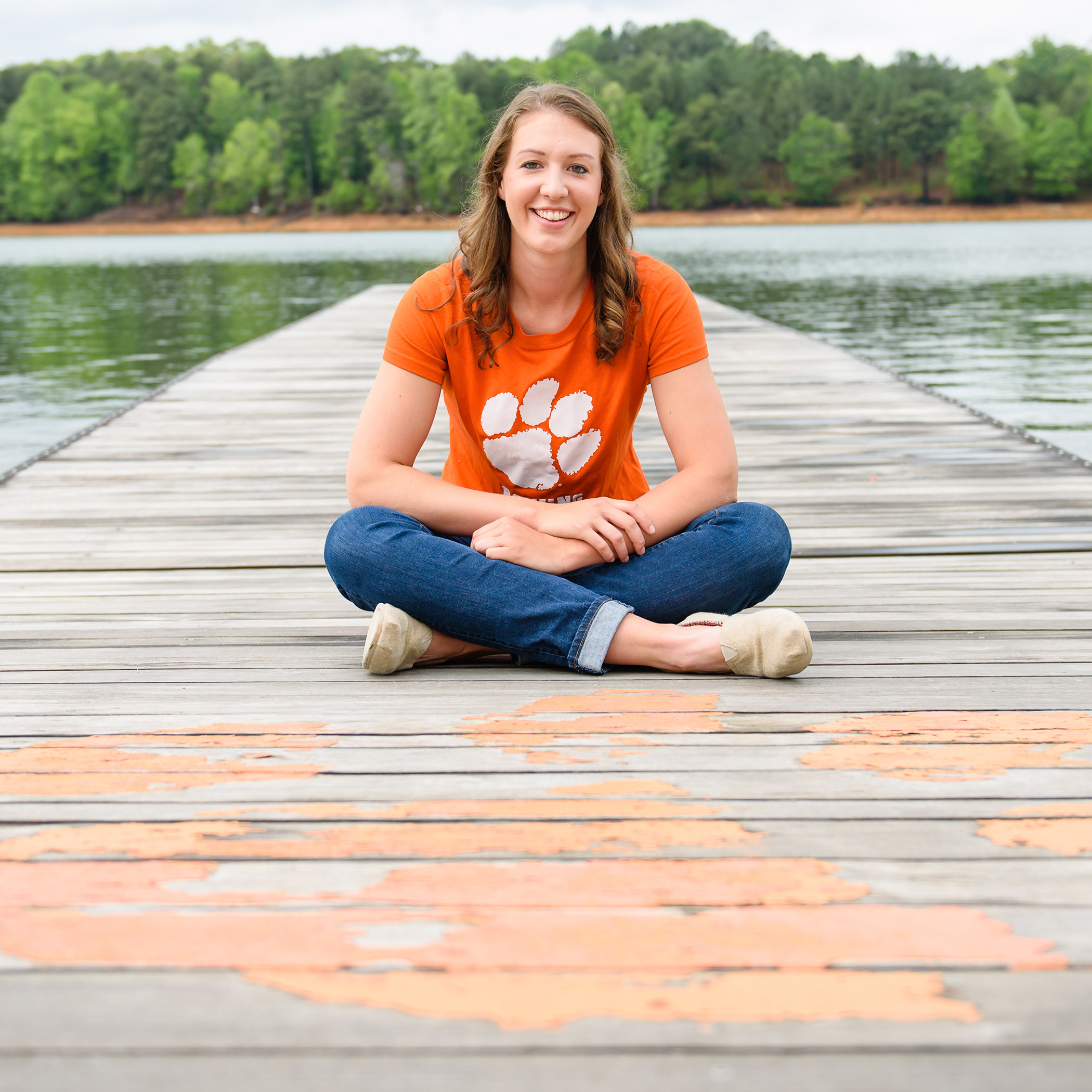 Ashley Robinson didn’t grow up dreaming of being a Division I rower. She had never heard of the sport when she stepped on campus in the fall of 2013.

But one day during her first week as a Tiger, a coach passing out flyers on campus caught the Texas native’s eye.

“My freshman year, first semester, I didn’t know what rowing was. I saw a coach advertising a tryout the first week I was on campus at Clemson.”

Once her interest was piqued, Robinson reached out to her parents. After talking to them, Robinson realized she did not have much of a choice in the matter.

“My dad had already emailed the coach from the informational flyer and said, ‘She’ll be there.’ I really didn’t want to play a college sport but I am glad he did that.”

After following through on her father’s commitment, Robinson was quick to learn her way through the water.

“I showed up to the tryout and absolutely loved it. It took a lot of work, but I’m tall and athletic, so I was able to push my way to the top quickly.”

Robinson’s ease in the boat was not only noticed by her peers, but also her coaches. When she came back to school after winter break, she had a surprise waiting for her.

“I was on the coaches’ radar a little bit in the beginning. Coming back for the spring, they moved me up to varsity.”

The move to varsity put Robinson in a position to excel. As someone who thrives under pressure, she was soon put to the test.

“I remember placing in the top five in one piece. One senior looked at me and asked how I beat her. Looking back, I just laugh. I went for it.

“My competitive attitude drove me.”

However, the newcomer was not only pushing herself to succeed in her sport of choice, she was giving her all in the classroom as well. As a genetics major, Robinson needed discipline to stay on top of her game.

“Luckily, I went to a small, private college prep school. It was extremely difficult, but I’m grateful for the education that I have…it prepared me. I was taught how to study and manage my time efficiently.”

A two-time Collegiate Rowing Coaches Association (CRCA) National Scholar-Athlete, Robinson always had a passion for education. She used this passion to merge two of her interests into a dynamic career path, even if the fields do not traditionally complement each other.

“I knew I really enjoy science, even though I had thought about a law career at one point.”

“Hopefully, I’ll go on to be a forensic attorney. That’s where my mind is set right now.”

This past summer, she worked in a forensics department in Houston, Texas to see how the two worlds could work together.

“I worked on juvenile sexual assault cases for about six weeks. My mentor worked with me to explain how difficult it is to use DNA in a court case. She talked about her preparation in that.”

This fall, Robinson will don a different shade of orange as she takes on her newest challenge. The soon-to-be graduate will step on a different campus as a forensics masters student at Syracuse.

“In September, I took the LSAT and only applied to Syracuse. They have a joint degree program, where in three years, I’ll earn a law degree and a master’s degree in forensic science.

“Being a forensics attorney was a perfect combination of everything I wanted to do.”

Robinson would not be where she is today without becoming a leader and pushing herself to give 110 percent at all times. As a young member of the varsity team, she worked incredibly hard to stand out as a stellar athlete.

“I’ve definitely excelled as a leader this season. I’m trying to help bring the mindset change we’re looking for.”

Last season, the team hit a snag, and Robinson is doing her best to make sure they do not repeat the same mistakes.

“We hit a slump last year and didn’t do as well. That upset everyone. Instead of coming back irritated, we came back with a new attitude.

“I feel a fire on the team now, and everyone is doing what they can to make us be successful.”

The team has been conquering new pieces on the water as a team instead of as individuals. This new mentality has helped the rowers become better athletes.

“That drive and tenacity to go for it, no matter if you’re doing 17 different 500-meter pieces, will make us better. We’re 100-percent committed, no matter the regatta.”

Robinson’s positive leadership style stems from her former teammates who took her, a newbie, under their wings.

“I learned from the international girls who were on the team my freshman year. They knew a lot about the sport, and I watched them grow into their positions as leaders.

And follow she did, becoming a well-respected leader on the team. However, the road has not always been easy. Robinson hit roadblocks due to her junior status on the team.

“I’ve grown into a leader on the team. I was naive to not know how much pain I would go through. You have to have intense passion as a rower.

“My teammates are the reason I push so hard, so we can succeed as a team.”

But Robinson and her teammates’ hard work has not gone unnoticed. The team is focused on one singular goal.

“We’re fighting to put this program back towards the top of the ACC.

“To reach that goal, we have a new training plan, values and goals. We’re all coming together as one, instead of different boats.”

No matter what presents itself to Robinson, she tackles each new wave of challenges with grace and ease thanks to all she has learned during college.

“I’ve survived four years. The resources that we have at Clemson have helped me out a great deal.”