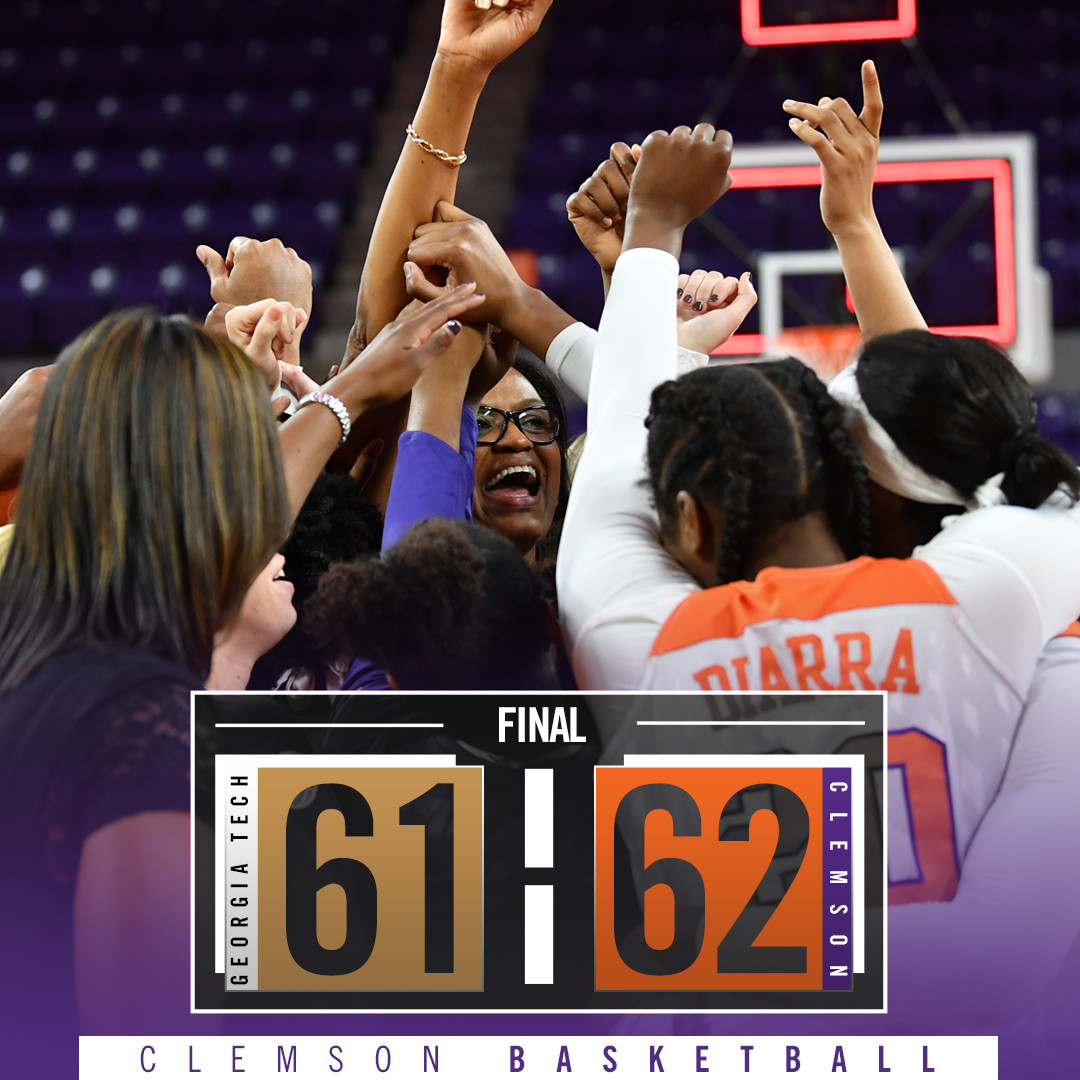 CLEMSON, S.C. – Sophomore Aliyah Collier recorded her sixth double-double of the season with a fourth-quarter performance that included eight points, five rebounds and two made free throws that put the Tigers on top with seven seconds left to play, to fuel Clemson’s 62-61 victory over Georgia Tech on Sunday afternoon at Littlejohn Coliseum. With the win, the Tigers improve to 12-10 (1-8 ACC), while the Yellow Jackets fall to 13-8 (2-6 ACC).

A 23-15 third-quarter advantage for the Tigers put them up 46-44, setting up a battle in the final 10 minutes of play. Georgia Tech opened up a seven-point lead with 5:42 remaining before Clemson began its comeback. In the final five minutes, freshman Kobi Thornton scored three points, grabbed two rebounds and found Aliyah Collier with an assist that set up a three-point play, and fellow rookie Jaia Alexander posted four points, including 2-for-2 free throws.

Over the final 3:47, Collier scored 10 points, which included two three-point plays and a 4-for-4 performance from the free throw line, including the final two free throws that gave the Tigers the 62-61 lead with seven seconds remaining in the game.

For the game, Collier finished with 21 points and 12 rebounds, her sixth double-double of the season. She shot 7-for-13 from field goal range and was a perfect 7-for-7 from the free throw line. Eight of her 12 rebounds were on the offensive glass. Alexander was also in double figures for the Tigers with 11 points, and sophomore Danielle Edwards and junior Ivy Atkism finished with eight points apiece. Atkism played a pivotal role in the Tigers’ impressive third quarter, scoring all eight of her points in the period.

The win was the first Atlantic Coast Conference win for Clemson since Jan. 2, 2015, a 63-54 overtime win over Virginia Tech at Littlejohn Coliseum.

The Tigers play five of their seven ACC regular season contests on the road in the month of February, beginning with a Thursday, Feb. 2 game at No. 14/16 Duke. The contest between Clemson and the Blue Devils tips off at 7 p.m. in Durham, N.C.