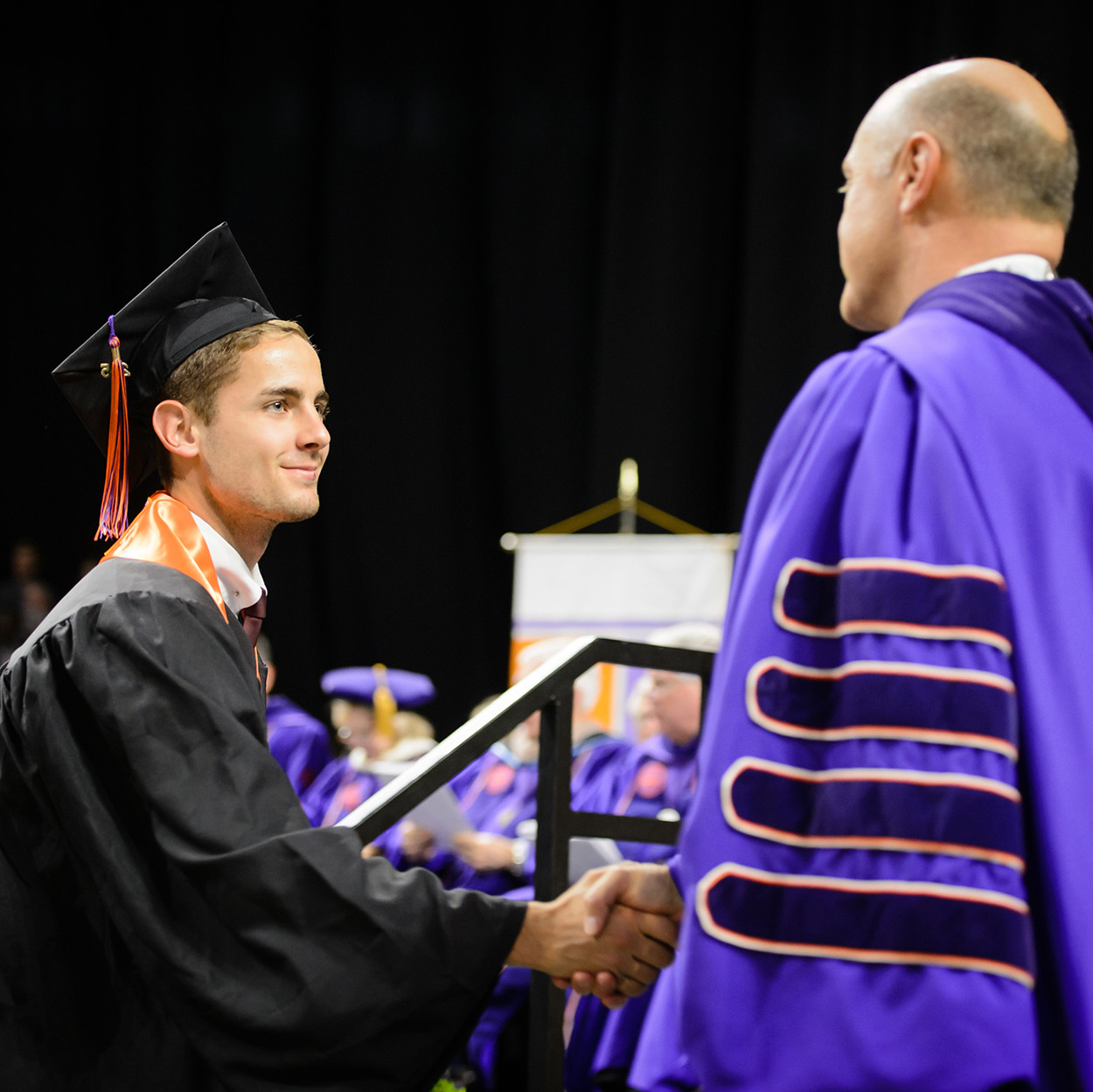 CLEMSON, S.C. – Senior Paul Clowes and redshirt junior Andrew Tarbell, both members of the 2015 national runner-up Clemson men’s soccer team, were recognized for their accomplishments on the field and in the classroom by the NSCAA last week. Both Tigers were named Scholar All-Americans by the association on Thursday, Dec. 17, and both also earned undergraduate degrees from Clemson University on the same day.

Clowes, a holding midfielder from Cheshire, U.K., was named to the NSCAA Scholar All-America First Team, after recording a 3.53 cumulative grade point average in marketing throughout his four-year Clemson career. On the field, Clowes earned NSCAA All-America Second Team honors and was the 2015 ACC Midfielder of the Year, in addition to being an All-ACC First Team selection and member of the ACC All-Tournament Team.

Tarbell was a member of the NSCAA Scholar All-America Second Team, and earned a 3.55 cumulative GPA as a civil engineering major. He was also a Second-Team All-American on the field according to the NSCAA, and was a First-Team All-ACC honoree as well. The Mandeville, La. native finished the 2015 season with a 17-3-4 record in goal. The 17 wins put him in a tie for fourth place in terms of single-season wins by a Clemson goalkeeper.

ABOUT THE AWARDTo be named to a Scholar All-America Team, a student-athlete must have at least a 3.30 cumulative grade point average (on a 4.0 scale) throughout his or her career; start more than 50 percent of all games and be a significant contributor to the team.