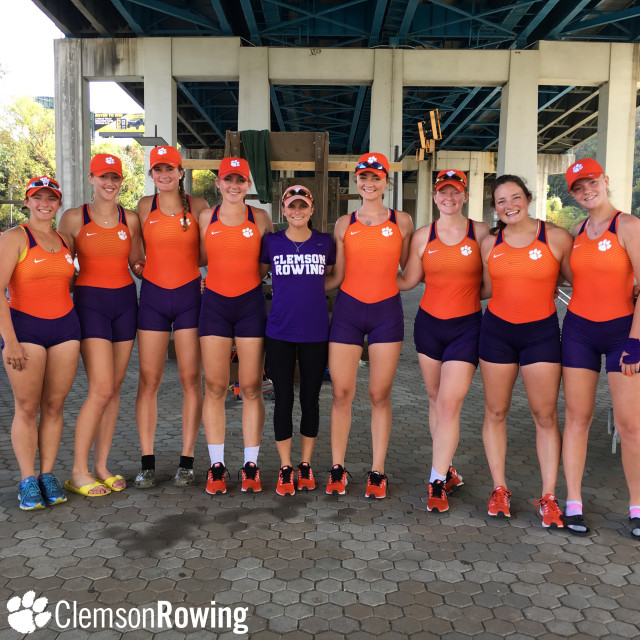 Clemson Wraps Up Hooch with Trophy

CHATTANOOGA, TENN. – The Clemson rowing team had a successful weekend at the Head of the Hooch regatta this weekend, earning the ACC Team Trophy. With one gold medal, four silver and one bronze medal in hand, the Tigers were the only team of the six ACC squads to break 200 points.

“We’re very proud of the effort from the entire squad this weekend,” head coach Stephen Frazier Wong said. “These encouraging early-season results will be something for us to build upon as we head back to Tigertown to continue the work that got us to this point. Championships aren’t given out in November, so we’ll celebrate on the bus ride home and then look to take our training to a new level day by day and stroke by stroke.”

In the Open Pairs, Amber Rewis and Isla McRae earned the silver medal with a time of 19:47.76, just edging a Clemson pair of Jenny D’Anthony and Taryn Carroll, who placed third with a time of 20:23.87. Julie Mathews and Amelia Shein’s time of 20:45.63 earned them sixth out of 15 boats, and Rebecca Pulsifer and Megan Mars crossed the finish at 11th with a time of 21:20.07.