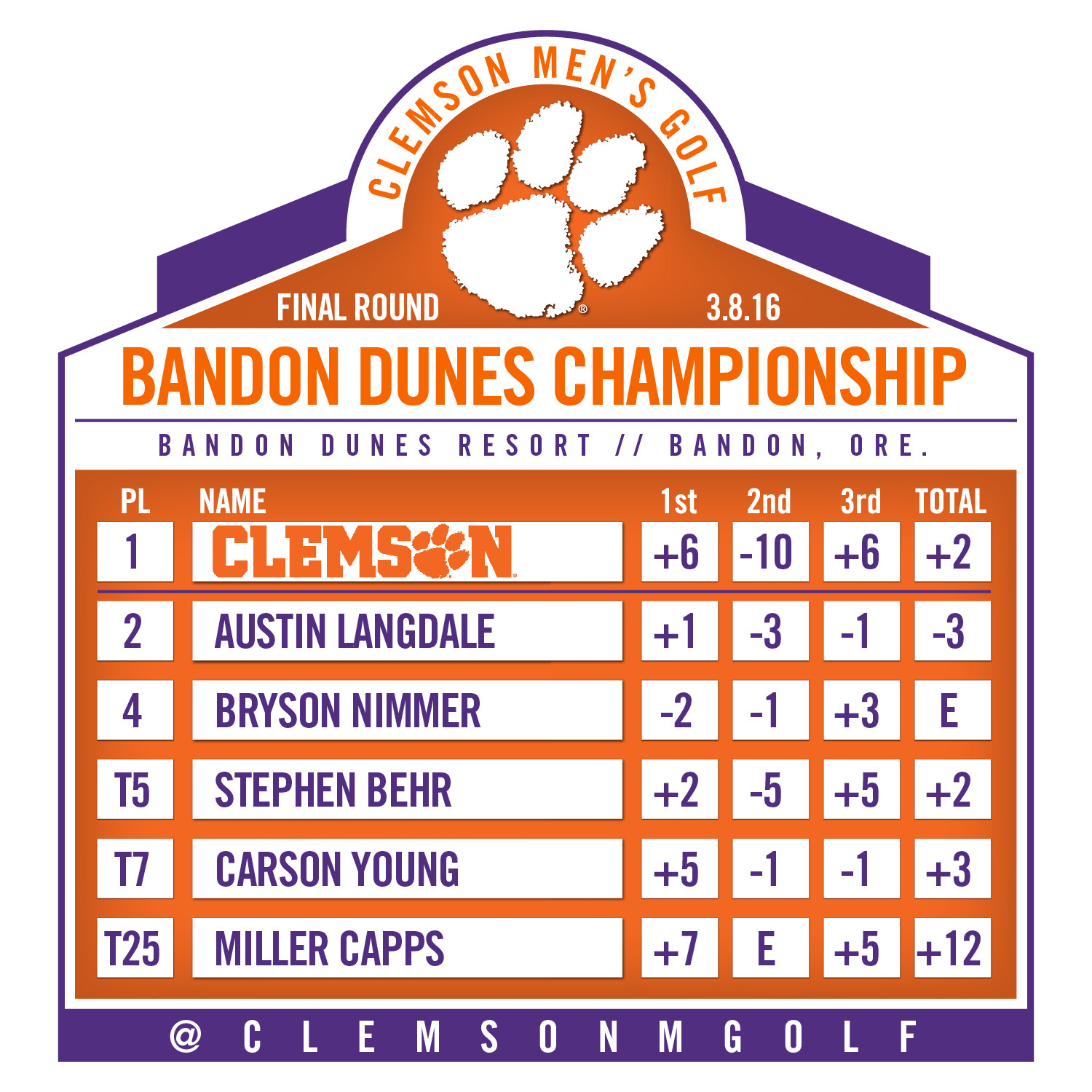 Clemson, S.C.—Larry Penley captured his 66th collegiate tournament as Clemson head coach on Tuesday when the Tigers won the Bandon Dunes Championship in Bandon, Oregon.  Clemson finished with a two-over-par score of 854 for the 54 holes.

Clemson won the tournament by 17 shots over the University of Washington. It was Clemson’s largest margin of victory in a 54-hole event  since the Tigers won the Topy Cup in Japan in September of 2002 by 31 shots.

Austin Langdale led the way for Clemson with a second-place finish with a 210 score, three under par.  He finished with rounds of 72-68-70 on the par 71 course that measured 6682 yards.

Freshman Bryson Nimmer was outstanding with a fourth-place finish in just the third tournament of his career.  The second generation Clemson golfer had rounds of 69-70-74 to finish at even par on the Bandon Trails Course.

Graduate Stephen Behr finished tied for fifth in the tournament shooting 215 total after rounds of 73-66-76.  His second round 66 set a Bandon Dunes course record for a competitive tournament.

Junior Carson Young finished tied for seventh by shooting 216, 3-over-par in the three rounds. After an opening 76, Young had consecutive rounds of one-under par 70 to close the tournament. Senior Miller Capps had a 225 total for the three rounds and tied for 28th in the final standings.

The Tigers return home for spring break before departing for the Valspar Collegiate Invitational at the Floridian Golf Club in Palm City, Fla. scheduled for March 21 and 22.

The following week the team hosts the first annual Clemson Invitational at LakeKeowee. The men will compete at The Cliffs at KeoweeFalls from April 1-3. They will hold a College-AM on Thursday March 31 and spots are still available. For more information visit ClemonTigers.com.