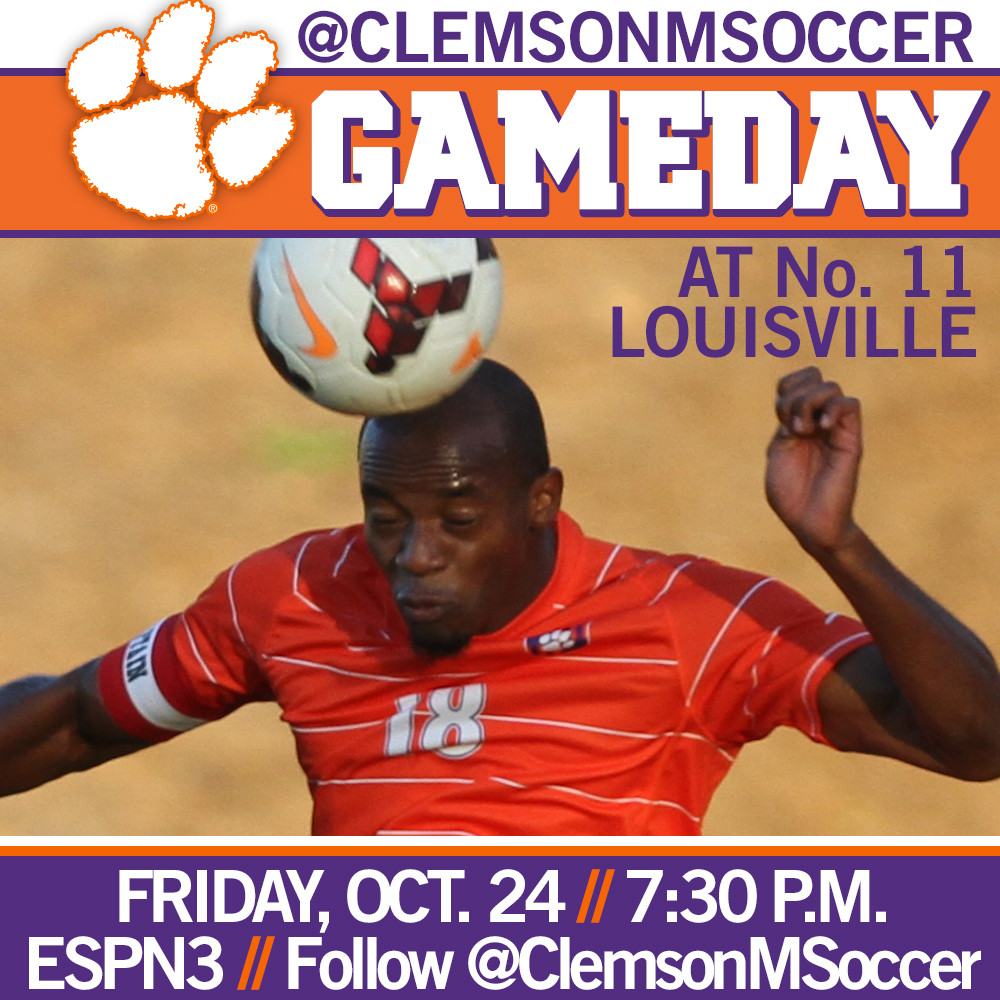 CLEMSON, S.C. – The Clemson men’s soccer team travels to No. 11 Louisville Friday night. The match kicks off at 7:30 p.m. at Louisville’s Lynn Stadium, which opened at the beginning of this season. The match will be broadcast live on ESPN3. This is the final road trip of the regular season for Clemson.

The Tigers improved to 8-6-0 overall this season with a 2-1 overtime win over No. 21 Coastal Carolina Tuesday night at Historic Riggs Field. Freshman Oliver Shannon scored the game-winner in the 96th minute. That win pushed Clemson’s winning streak to three games. The Tigers sit at 4-2-0 in the ACC and tied for first place in the Atlantic Division with Louisville and No. 5 Syracuse.

Junior T.J. Casner, sophomores Austen Burnikel and Thales Moreno and freshman Oliver Shannon all are tied for the team lead in goals with three this season. Casner’s 10 points lead the team in total scoring. Senior Manolo Sanchez’ five assists also lead the team and tie him for sixth in the ACC. Redshirt junior Chris Glodack and sophomore Andrew Tarbell have split time in goal this season, Tarbell has started nine matches to Glodack’s six. Tarbell has 20 saves in five wins. Glodack’s .818 save percentage is fourth best in the ACC.

Louisville is 8-5-1 overall and 4-2-0 in the ACC. The Cardinals are coming off a 3-0 win over Evansville on Tuesday, Oct. 21. Freshman Tim Kubel’s six goals and 15 total points this season lead the team. Senior Joachim Ball has started 13 games in goal for the Cardinals, allowing 13 goals with 40 saves.

Friday night’s match will be the first ever meeting between Clemson and Louisville. The Cardinals are one of the newest members of the ACC, joining just before the 2014-15 academic year.