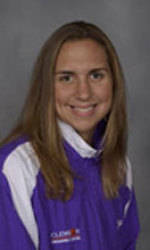 Tallahassee, FL- The Clemson Men’s and Women’s Swimming and Diving teams lost their season and ACC opener against nationally ranked Florida State from the Bobby E. Leach Center on Saturday. The women were led by sophomores Cassy LaRussa and Michelle Parkhurst who had three wins apiece, but fell to the defending ACC Champion and #17 Seminoles, 179-116. The men were defeated by a score of 198-97 to #16 Florida State. Both teams dropped to 0-1 (0-1 ACC) on the year.

Both teams will travel to Atlanta for another ACC showdown as they will face Georgia Tech, Boston College, and the women from Miami (FL).