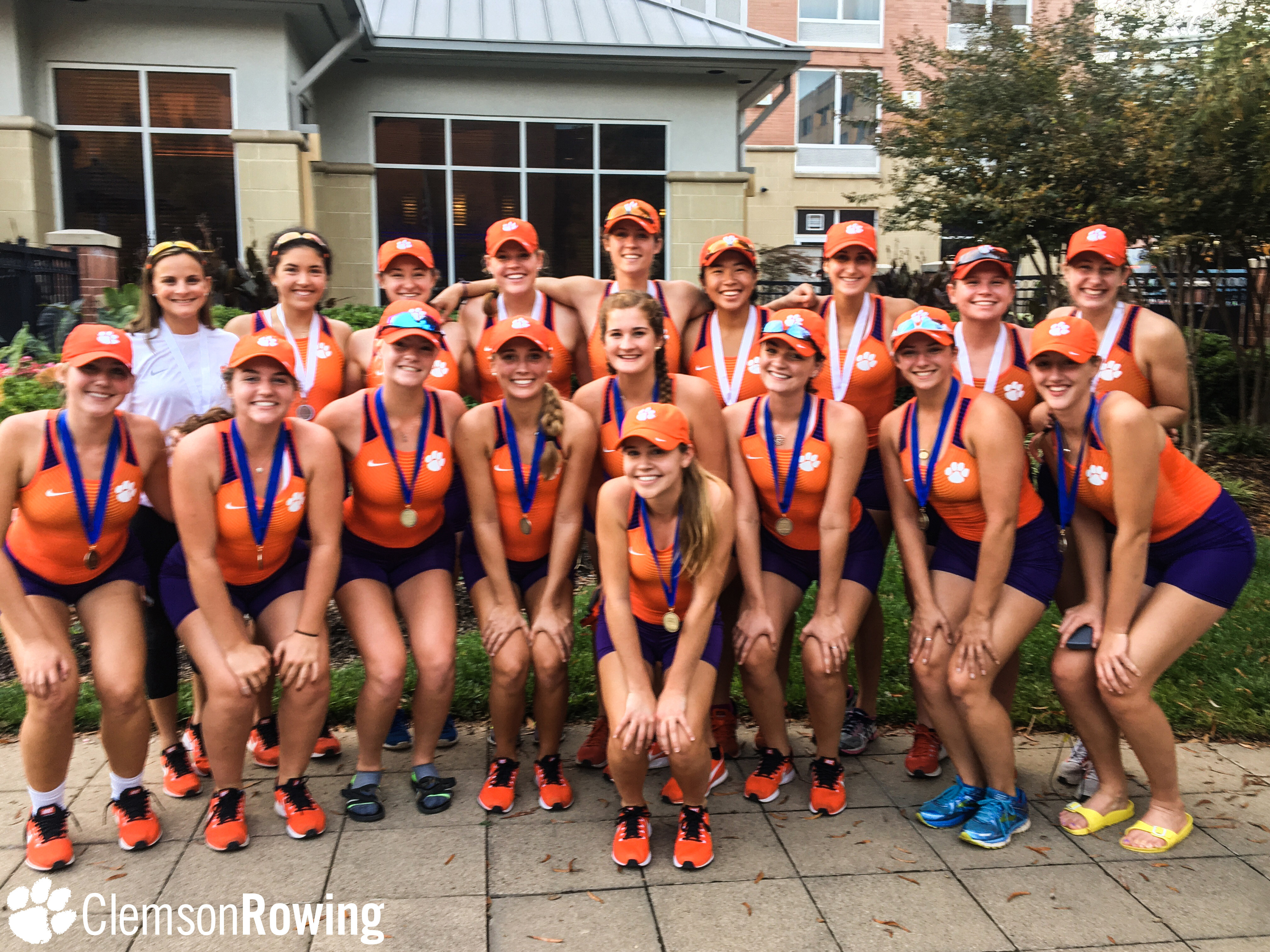 CHATTANOOGA, TENN. – A silver medal in the Championship 8+ and a first-place finish by a novice crew in the College & Club Novice 8+ highlighted the first day of Tiger competition at the Head of the Hooch on Saturday.

“We raced well and showed good depth throughout our boats,” said head coach Stephen Frazier Wong. “We’re not at full strength due to illness, but we’ve had a next-rower up mentality all season, so it wasn’t surprising that we answered the call today. I’m proud of the whole team, but it was especially fun to see our 8’s do well today in light of the adversity we have been battling. Our freshmen 8, in particular, raced well and freshman coach Mandy Merritt has done a spectacular job of preparing them to perform at a high level and have fun at the same time. We have more work to do tomorrow so we’ll hand out the medals tonight but then turn the page quickly.”

In the Championship 8+, the crew coxswained by Emily Goff placed second out of 21 boats with a time of 16:17.17, and Rebekah Stein’s crew came in eighth after crossing the finish in 16:56.51.

Clemson will compete in three more races on Sunday, beginning with the Open 2- at 12:10 p.m.