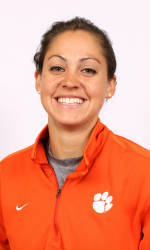 On the soccer field, Katie Vogel is a tough, focused, and passionate player who is driven to succeed. When interviewing her recently, it was obvious that the characteristics she displays on the field also embody her in her every-day life.

One thing that the senior from Marietta, GA is particularly passionate about is mission work. She has been on four mission trips – two to Matamoros, Mexico and one to Lima, Peru when she was in high school, and one to Guatemala in March of 2009.

“I have always had a passion for helping others and I wanted to find a way that I could make a difference,” said Vogel. “Mission work is so rewarding. The look on people’s faces when I do something to help them is enough to keep me going back.”

Vogel’s missions to Mexico and Peru involved manual labor. She helped build 16 houses in Matamoros and put a new roof on a church in Lima. When she was not working on a construction project, she spent time with the local children, holding sessions of Vacation Bible School and playing soccer along with other games, spreading evangelism to the entire community.

Her recent trip to Guatemala was primarily a medical mission trip, on which she traveled with her mother, who is a nurse. On that trip, after each patient was seen and prescribed medicine by one of the doctors, Vogel worked in the pharmacy to help distribute medicine. She also spent time sitting with the midwife and doctors, where she observed four different surgeries during the course of the week.

Also on the trip to Guatemala, Vogel took Clemson t-shirts that were donated by her teammates and soccer balls donated by Head Coach Hershey Strosberg. She passed the items out to the local children and played soccer with them when she was not working. Vogel has thoroughly enjoyed her mission work and admits that the happiest times of her life have been spent on these trips.

“The people I have met on these trips have taught me so much about myself and have really helped me gain perspective. As much of a difference as I am able to make in their lives, in reality, I feel like I’m the one that comes back from each trip feeling changed. These people have inspired me to be a better person.”

Some of Vogel’s other happiest moments have occurred on the soccer field. She will never forget how it felt to celebrate with her teammates by doing the “C-L-E-M-S-O-N” chant in front of the capacity crowd at Stanford’s Maloney Field in 2006 after the Tigers defeated the Cardinal in penalty kicks to advance to the NCAA Elite Eight.

Vogel was named to the All-ACC Freshman team that year and also earned second-team all-freshman honors from Soccer America during her rookie season. That year, she started all 24 matches in the midfield for the Tigers and tallied three goals along with three assists. Through six games as a senior, Vogel had six goals and eight assists in her career and was a veteran of 65 career matches (56 starts) in a Tiger uniform. It is wearing that uniform alongside her teammates that has instilled a great sense of pride when she reflects on being a Tiger.

“I love the moment right before the first whistle blows to start a match – standing on Riggs Field wearing a Clemson jersey with my teammates by my side. The bond that I share with my teammates and coaches is something special. I have learned so much from them and we truly are a family.”

Her role in that family has changed dramatically in her fourth year in the program and it is a role that Vogel relishes. She is one of five seniors on the 2009 roster and is arguably the team’s most vocal leader.

“I have always had a strong voice,” stated Vogel. “These four years have been so important to me and I don’t feel like I can just sit back. I want to teach the younger players and help them learn, not only by my example, but also from my experiences.”

Vogel will graduate in 2010 with a degree in therapeutic recreation. When her collegiate playing career is over, she would like to play in the Women’s Professional Soccer League, which is currently in its first season and is the highest level of women’s professional soccer played in North America. She also looks forward to pursuing a coaching career.

Ultimately, Vogel plans to return to school for a nursing degree to follow in her mother’s footsteps. Additional mission trips will most certainly be in her future, as she is already discussing a return to Guatemala for another medical mission trip.

Although she is in her last of four years of college, Vogel still clearly recalls the spring of her junior year in high school when she made the decision to attend Clemson. While she was on her recruiting trip, she went to a Tiger baseball game. She remembers sitting at Doug Kingsmore Stadium and already feeling as though she was a part of the school.

“Clemson is different than any other school that I visited,” she noted. “The atmosphere is so catching and the pride that people have in the school is amazing. It’s hard to find such a beautiful school that offers high academic standards, and at the same time has so much involvement, spirit, and pride in athletics.”

There is no doubt that it is dedicated, driven student-athletes like Katie Vogel that maintain that catching atmosphere and invoke that sense of pride and spirit in the school and in athletics that have helped make Clemson the place it is today.

Libby Kehn is Webmaster and an Assistant Sports Information Director in her fourth year at those positions at Clemson. She previously worked as a student and graduate assistant at Clemson for six years. 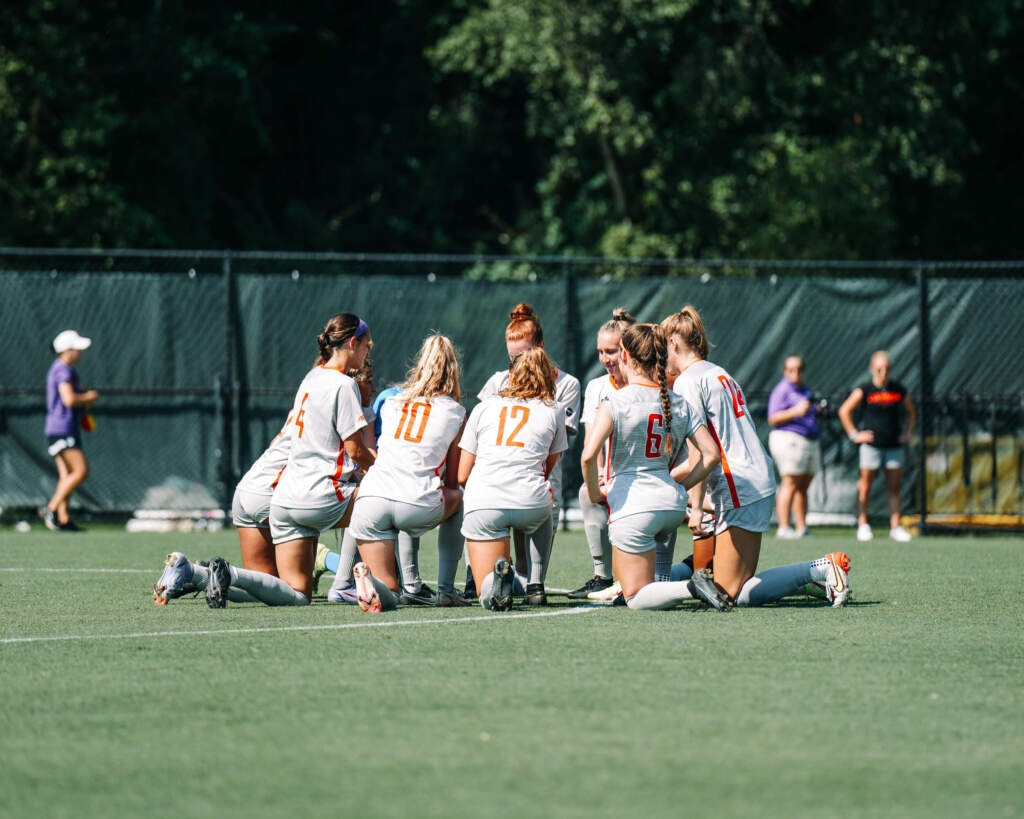