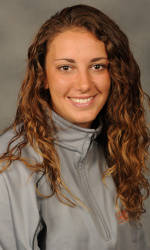 CLEMSON, SC – The Clemson rowing team finished 20th in the final Collegiate Rowing Coaches Association (CRCA)/US Rowing Coaches Poll that was announced by the organization Wednesday. This is the fourth straight season that the Tigers have finished in the top 20 in the final national poll.

Brittany Cummings, was a second-team All-American in 2009 and a first-team honoree in 2010.

“Heather has been an incredibly hard working and dedicated student-athlete here at Clemson over the past three years,” said Clemson Head Rowing Coach Robbie Tenenbaum. “We were all very happy that she was recognized as an All-America award recipient for her great work this past season. Heather joins her sister Brittany as an All-America award winner for Clemson rowing. Brittany was named to the second team in 2009 and first team in 2010.”