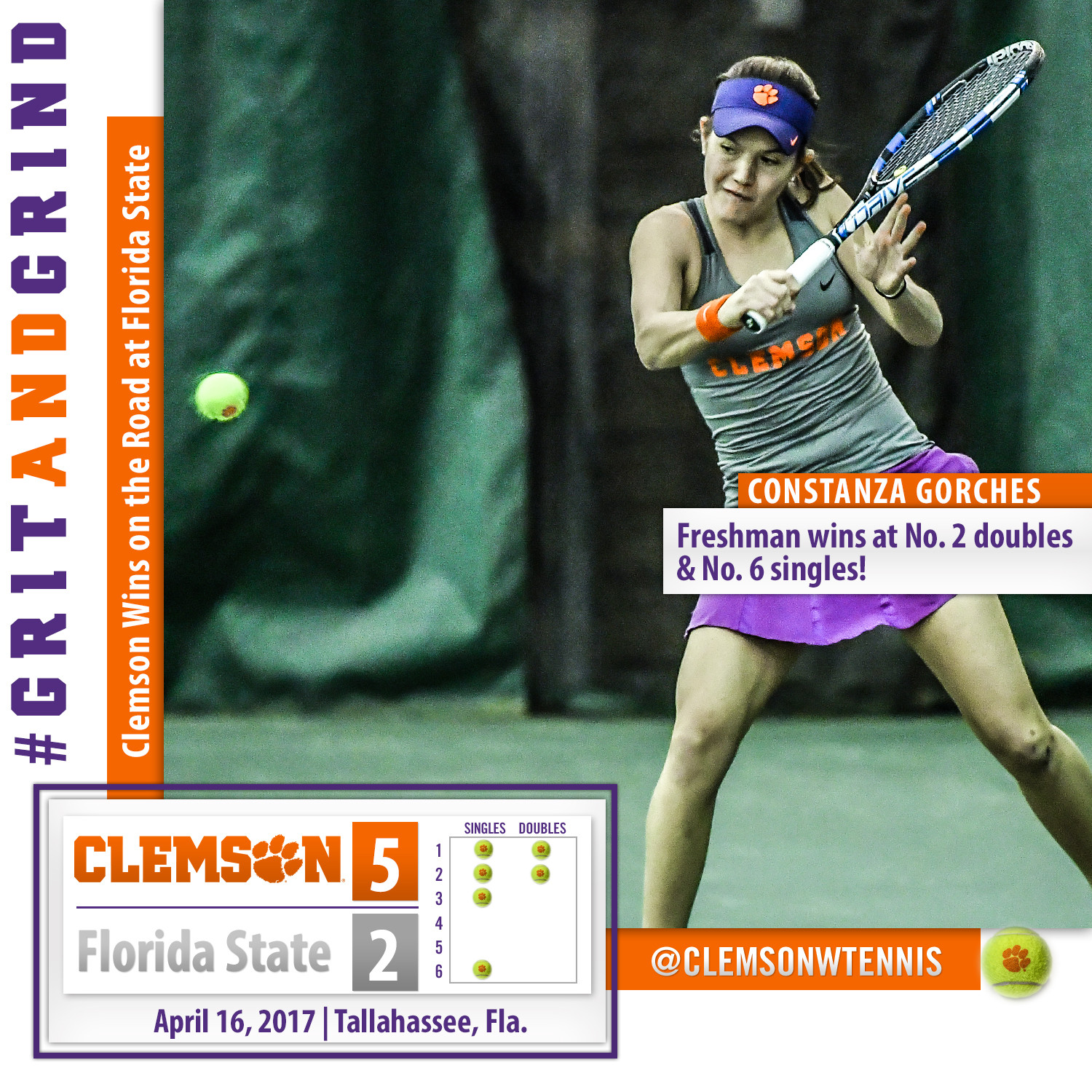 TALLAHASSEE, Fla. – Two days after a difficult road loss, the Clemson women’s tennis team rebounded with a great performance in a 5-2 win over Florida State in Tallahassee, Fla. on Sunday afternoon. With the win, the Tigers improved to 10-11 overall and 5-7 in ACC play, while the loss, which snapped a six-match winning streak for the Seminoles, dropped them to 14-9 (6-6 ACC).

For the seventh time in the last eight matches, and the ninth time in 12 ACC contests, Clemson claimed the doubles point. Sophomores Ayan Broomfield and Marie-Alexandre Leduc opened with a 6-3 win at No. 1 singles. The Canadian duo is now 12-3 in dual matches and 8-2 in conference play. The Tigers’ freshmen tandem of Constanza Gorches and Sydney Riley finished off the doubles point with a 6-4 win at No. 2.

Clemson won the first three singles matches to clinch the team win. Gorches started off singles play with a 6-1, 6-3 win at No 6, followed by a 6-1, 6-4 victory at No. 3 singles by sophomore Fernanda Navarro. Broomfield clinched the win for the Tigers, winning 6-3, 6-1 at No. 2. The Seminoles then won at No. 4 and 5 singles, before Leduc picked up the final point of the match with a come-from-behind win at the top singles spot. After dropping the first set 2-6, Leduc rebounded with 6-2, 1-0 (12-10) second- and third-sets to give the Tigers the 5-2 victory.

Clemson returns home to the Hoke Sloan Tennis Center for its final two regular season matches next weekend. The Tigers host Boston College on Friday, April 21 at 2:30 p.m. and Notre Dame on Sunday, April 23 at 12 p.m.