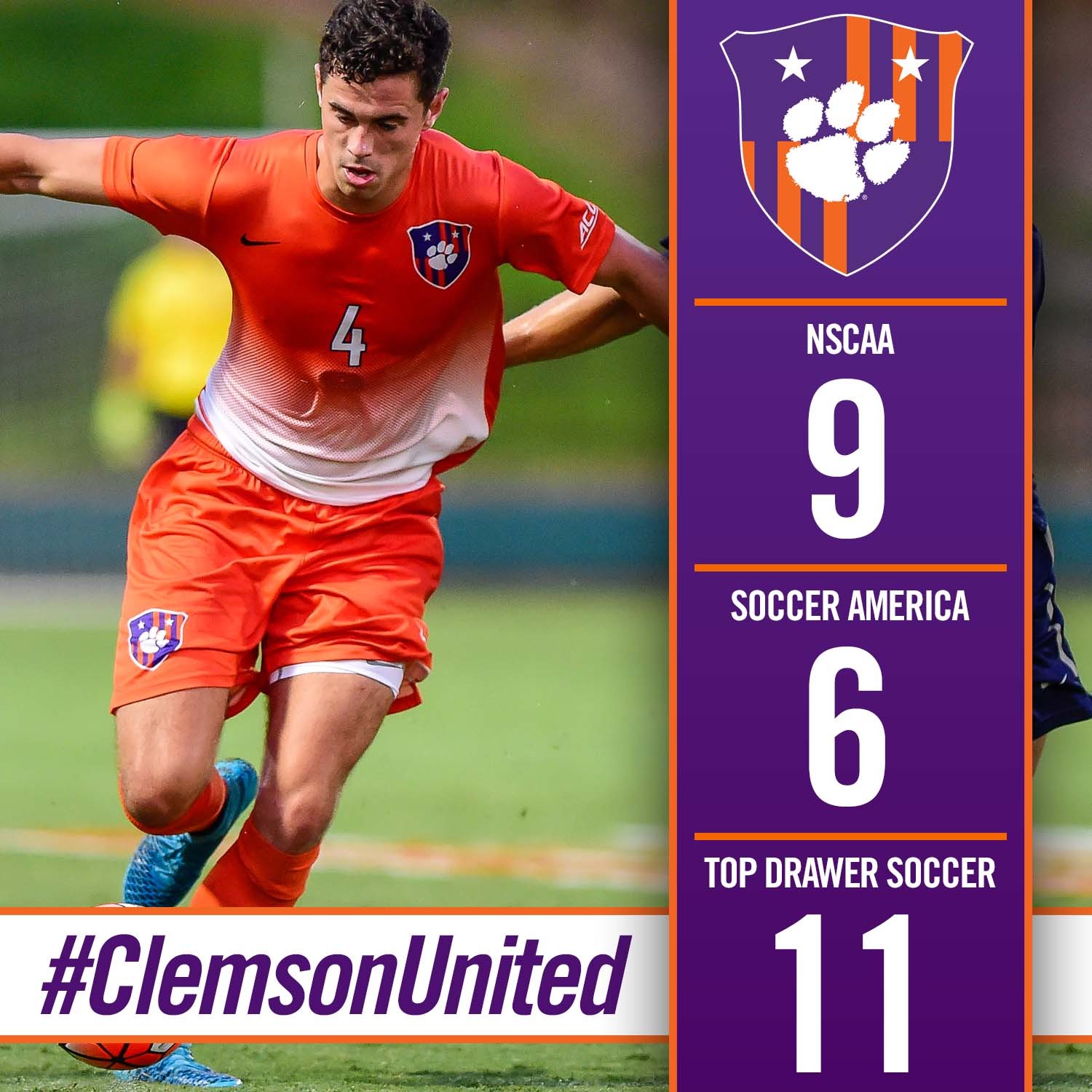 Clemson Ranked Among the Top 11 in Three Major Polls

The Clemson men’s soccer team is ranked among the top 11 nationally in three major polls this week.

Soccer America ranks Clemson sixth nationally after a 2-0-0 weekend. Only one other ACC school, defending national champion Virginia, is ranked ahead of the Tigers.