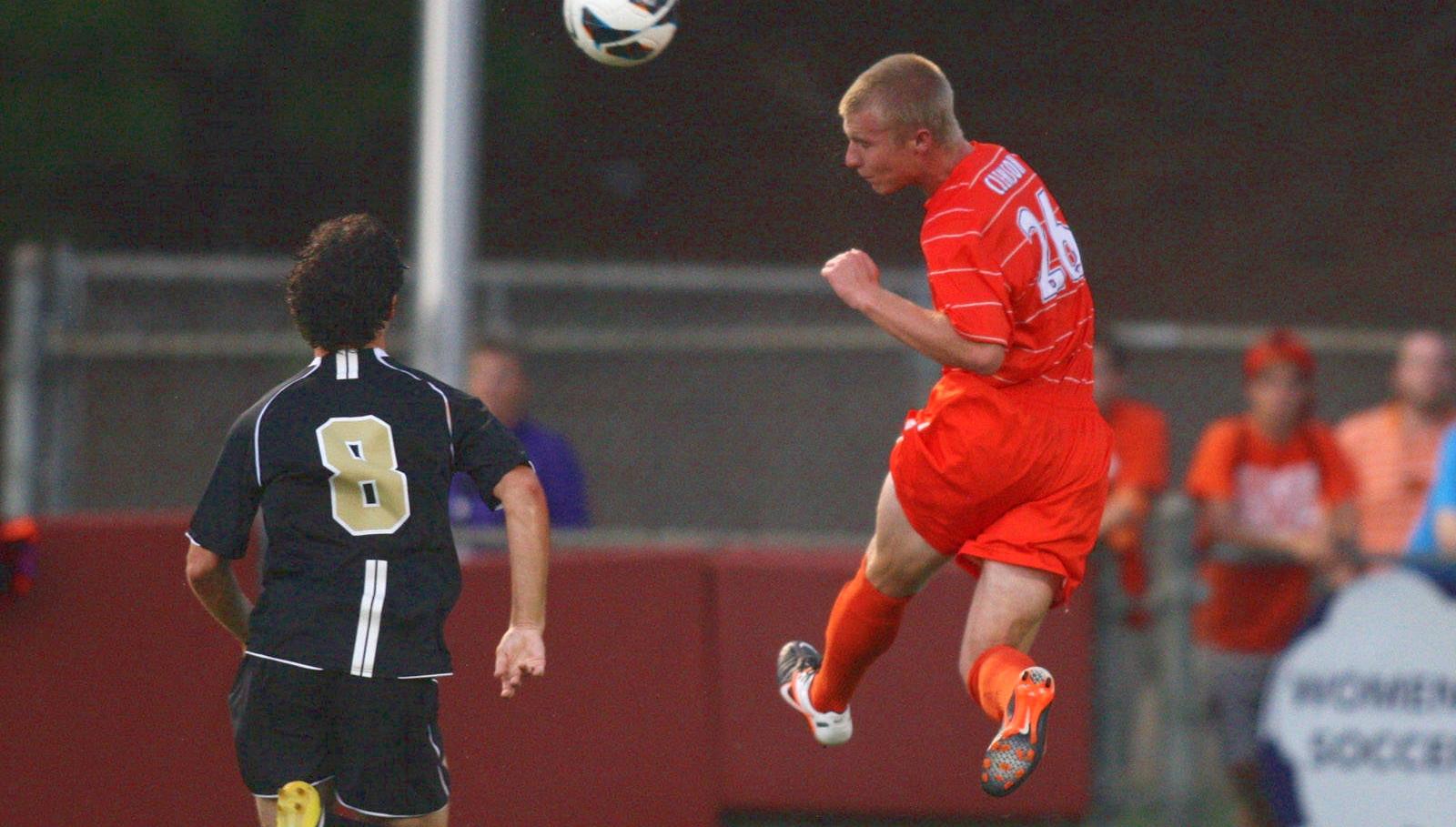 CLEMSON, SC – The Clemson men’s soccer team will open its 2013 season Friday night (August 30) at 7:30 PM at Historic Riggs Field in a match with Mercer. Clemson Head Coach Mike Noonan will begin his fourth season with nine returning starters from last year’s team. Clemson defeated Wofford 3-0 and #13-ranked Coastal Carolina 4-0 in exhibition action in the preseason. Ara Amirkhanian is the leading returning scorer for the Tigers. Last season, he had five goals and two assists for 12 points. Manolo Sanchez had two goals and six assists for 10 points. Mercer finished the 2012 season with an 11-7-2 record overall. Senior Ehjayson Henry led the Bears in scoring last season with five goals and four assists for 14 points. Mercer finished second in the Atlantic Sun with a 6-2 record. The Bears return six starters and 11 letterwinners from last year’s team. A large crowd is expected for this match as the annual First Friday Parade will end at Historic Riggs Field before kickoff. Fans attending the game are encouraged to come to the Clemson area by using Perimeter Road, and use the Avenue of Champions or Williamson Road to reach the parking areas for the soccer match. Lots near the football stadium will be used for the overflow crowd.Friday’s festivities kick off with the annual First Friday Parade at 6 PM. This year’s theme is “Spirit of the Southland.” The parade will begin in front of the President’s House at the intersection of Cherry Road and S.C. 93 and proceed up Highway 93 toward downtown. It will end at Historic Riggs Field where a pep rally, including Tiger Band, the cheerleaders, and Rally Cats, will commence before the game. The parade float winners, as well as Miss First Friday will be announced at halftime. This year’s Grand Marshal is Head Baseball Coach Jack Leggett.At 7:30 PM the Tigers will kick off the game against the Bears in front of what Clemson officials hope will be a record crowd. In 2011, 7,423 fans were in attendance at the season opener, which was the largest crowd on record for a regular season game at Historic Riggs Field.