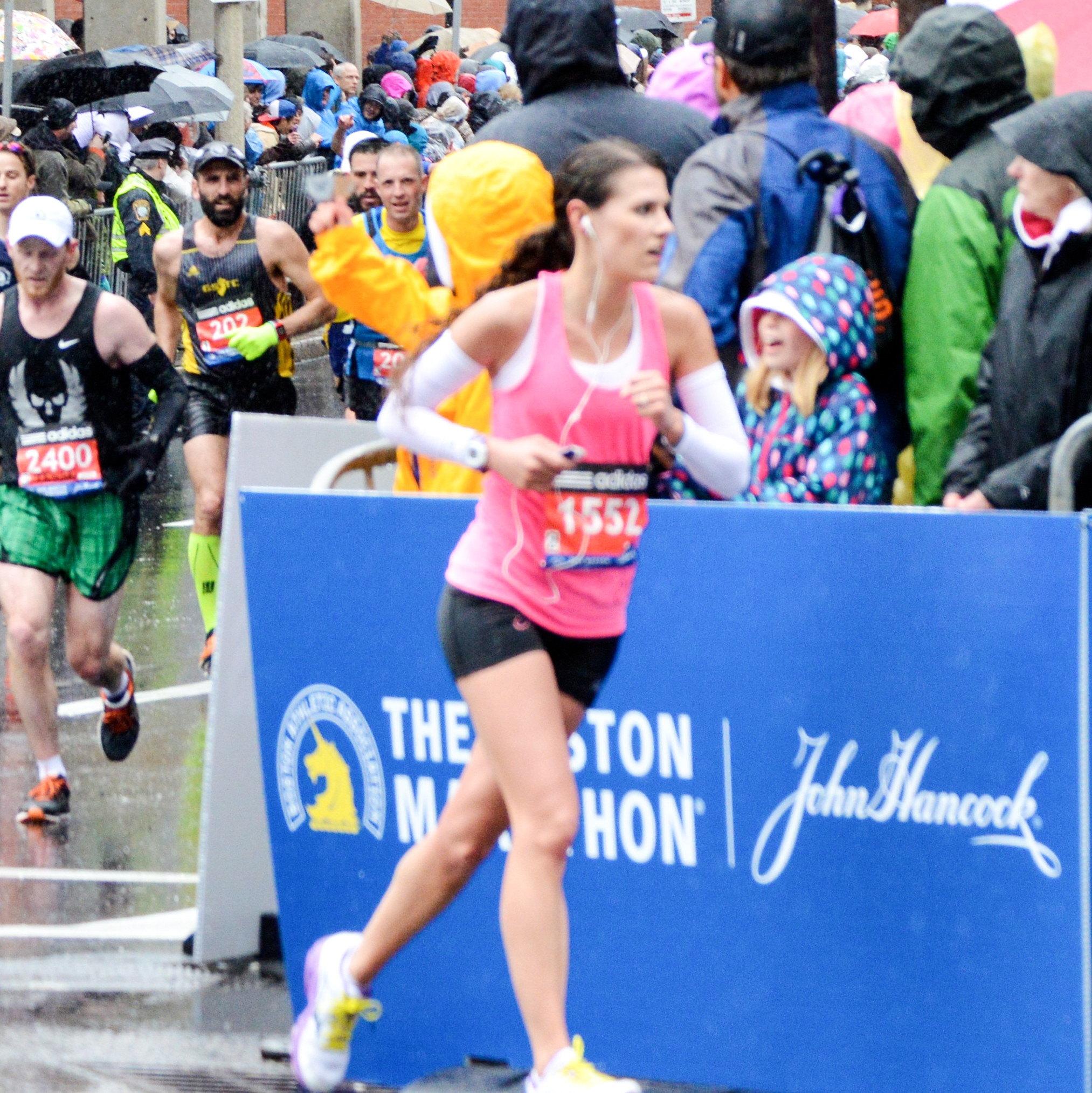 When Alyssa (Kulik) Bloomquist earned her Clemson degree in 2012, she had a bucket list in mind of things she wanted to accomplish following her brilliant career as a member of the Tigers’ track & field program.

The Boston Marathon — the world’s oldest annual marathon and New England’s most viewed sporting event — was at the top of the list.

On Monday, the 25-year-old saw the dream come to fruition … and made the most of it.

Bloomquist finished 73rd overall — No. 1 among South Carolinians — in a field of nearly 13,000 female runners Monday over the grueling 26.2-mile competition.

“I was pretty surprised with that, honestly,” she said. “But I’m pretty proud of that.”

As she should be.

Bloomquist, a two-time All-American and ACC scholar-athlete for the Tigers from 2009-12, completed the course in two hours, 54 minutes and 20 seconds. That averages out to 6:39 per mile.

At Clemson, she had range from the mile out to 5000 meters, a far cry from over 26 miles of running.

“I run a lot more on my ‘long’ runs now, as opposed to college,” she said. “At Clemson, long meant 13 miles max. Now, I’ve run up to 24 miles. It’s harder without a team to train with. You have to motivate yourself pretty hard to go out for three hours by yourself.”

Bloomquist said the marathon was held under tough conditions, with rain off and on and a headwind facing the runners throughout most of the course. Oh, did she mention it was 45 degrees in Boston on Monday?

“It was pretty extreme compared to my training in South Carolina!” she said.

Bloomquist made the trip with her husband, Geoff. She said she received inspirational texts and Facebook messages throughout the trip, which gave her confidence.

After graduating with a master’s degree from the University of South Carolina in speech pathology, Bloomquist hopes to relocate to Greenville — the area she called home for much of her pre-Clemson career.

She and her husband were season ticket-holders for Tiger football in 2014, and plan to do so again in the fall.

Even with her monumental achievement Monday, it was pretty surprising to hear where completing the Boston Marathon ranked in her mind.

“Since I’ve graduated, this was the coolest thing I’ve done,” she said. “But the stuff I did at Clemson will always be on top. I’ll never forget my Clemson experience, it was so rewarding.”