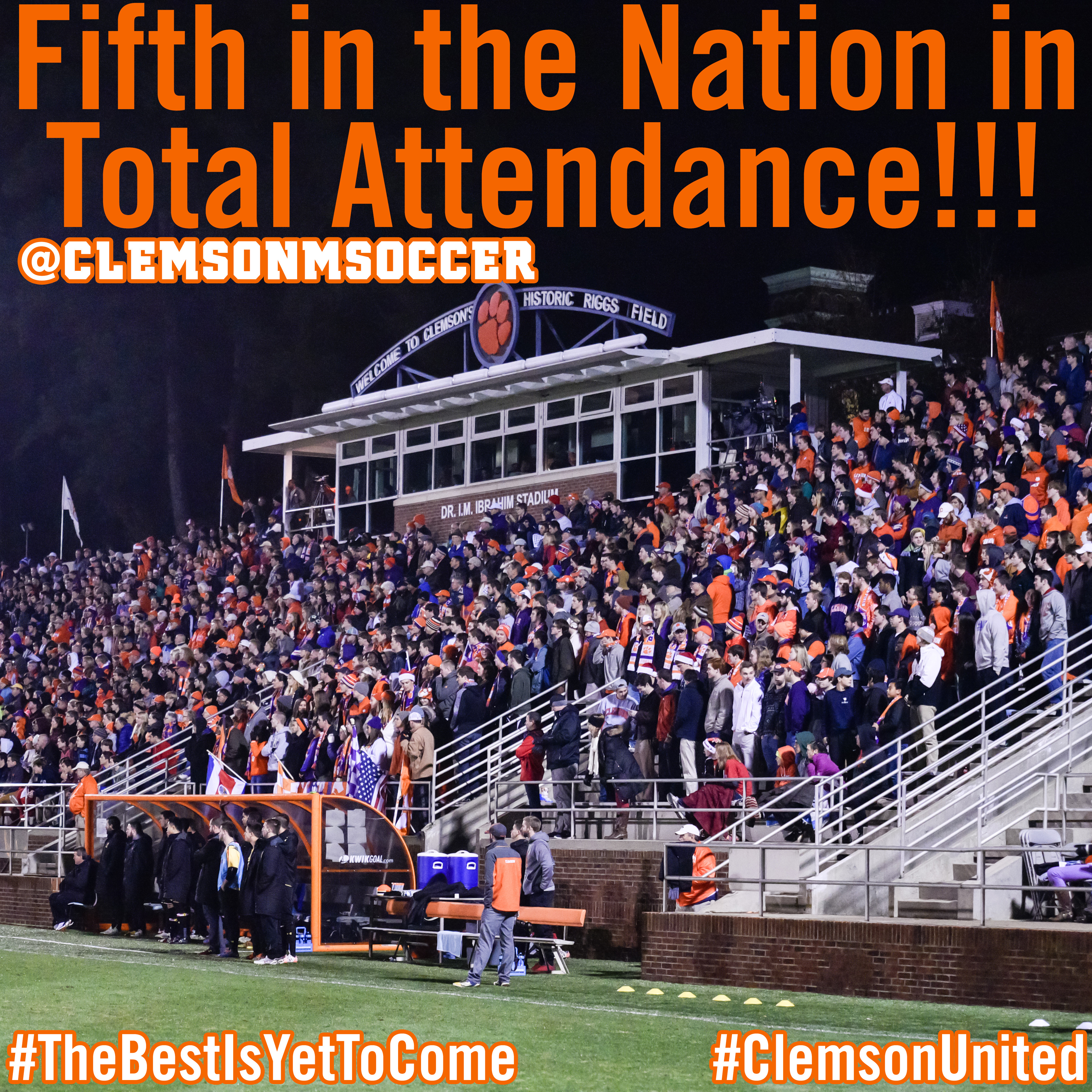 CLEMSON, S.C. – The national runner-up Clemson men’s soccer team and its home venue of Historic Riggs Field ranked fifth in the nation in total attendance, according to statistics released by the NCAA last month. A total of 39,730 fans attended the Tigers’ 15 home matches in 2015. On Oct. 2, 2015, Clemson Athletics celebrated the 100th anniversary of Riggs Field, as the first athletic contest, a Clemson football game, was played at the venue on Oct. 2, 1915.

Atlantic Coast Conference foe Wake Forest finished first in total attendance (46,248) in 2015, followed by Creighton, UC Santa Barbara and UConn. In total, there were seven teams from the ACC ranked in the top 25 nationally in attendance, as Louisville (No. 8), Virginia (No. 14), Syracuse (No. 15), North Carolina (No. 17) and Notre Dame (No. 22) were also listed.

The Clemson men’s soccer team finished the 2015 season as the runner-up to National Champion Stanford, falling in the College Cup title match on Dec. 13. The Tigers concluded the season with a 17-3-4 overall record and a final national ranking of No. 2 by the National Soccer Coaches Association of America. In addition, four Clemson players, T.J. Casner, Paul Clowes, Kyle Fisher and Andrew Tarbell, earned All-America honors and Head Coach Mike Noonan was named the National Coach of the Year by the NSCAA.