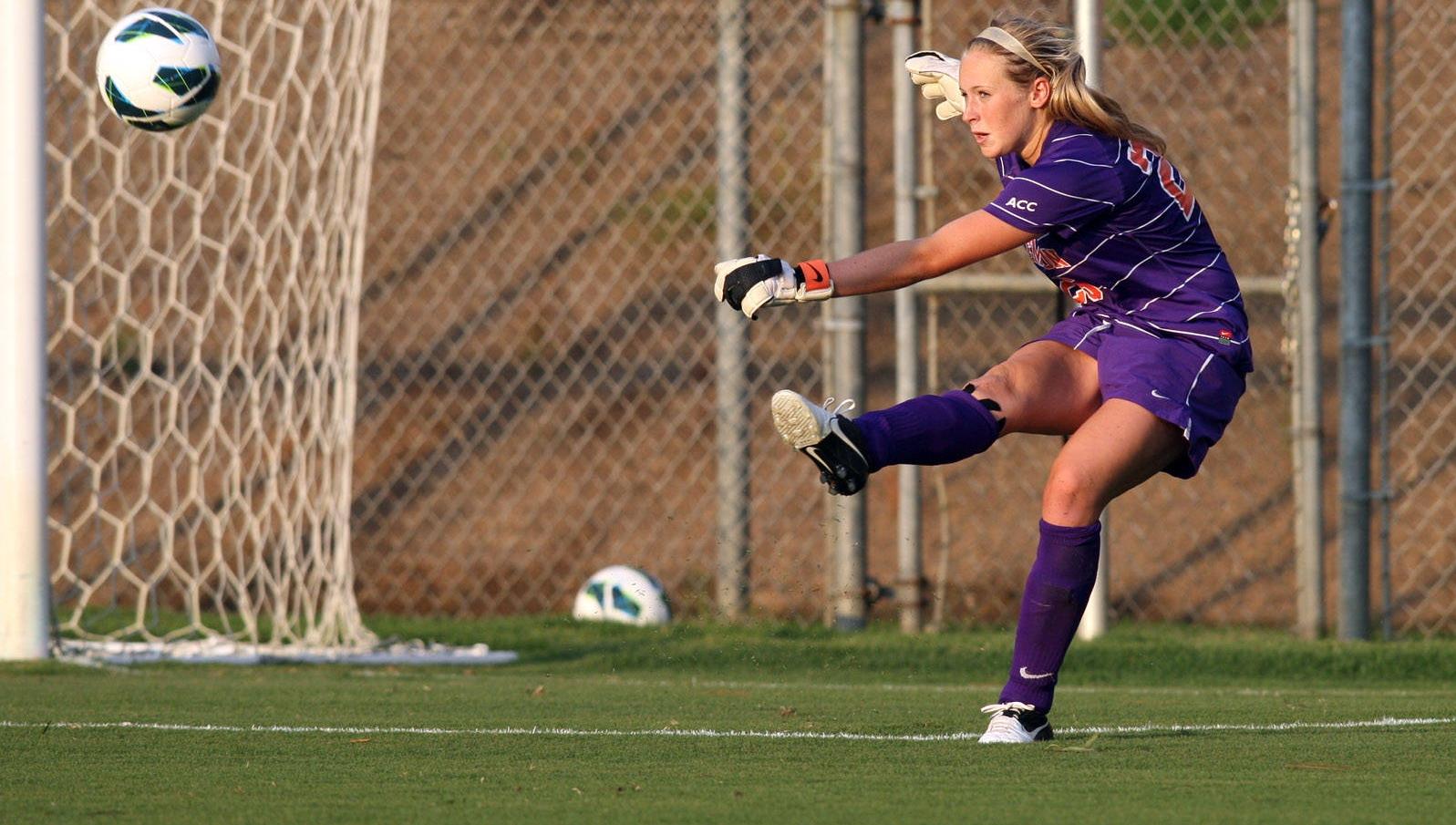 DURHAM, NC – The Clemson women’s soccer team fell to fourth-ranked Duke by a score of 3-0 on Thursday night at Koskinen Stadium in Durham, NC.  The loss dropped the Tigers to 5-5-2 overall (0-4-0 ACC), while the Blue Devils improved to 8-2-1 overall (2-1-1 ACC), with the win.  Three of Clemson’s last four games have been played against Atlantic Coast Conference teams ranked in the top five in the nation, including Duke, who was the national runner-up in 2011.

Clemson freshman goalkeeper Hunter Rittgers tallied 11 saves in the game against the Blue Devils.  It was a career best in terms of saves in a single game for Rittgers, who set her previous career high of eight saves against #5 Virginia on Sunday at Historic Riggs Field.  The 11 saves also place Rittgers in a tie for seventh in Clemson record books for single match saves.

The Blue Devils’ Laura Weinberg scored twice in the first half, in the 17th and 24th minute.  Katie Trees scored at the 78:34 mark to give Duke the 3-0 lead, and the final margin of victory.  For the game, the Tigers took four shots to the Blue Devils’ 31, and Duke attempted 13 corner kicks.  There were 10 fouls whistled on Clemson and five on the Blue Devils in the contest.

“Duke showed why they were a national finalist last year in the first half,” said Head Coach Eddie Radwanski.  “They were excellent and made it difficult for us.  In the second half, we made a better showing of ourselves and decided to compete in the game.  The fighting spirit that we showed in the second half is what we expect from Clemson.”

The Tigers will remain in the state of North Carolina until Sunday, when they will face 13th-ranked Wake Forest.  The game between Clemson and the Demon Deacons will kick off at 1:00 PM at Spry Stadium.