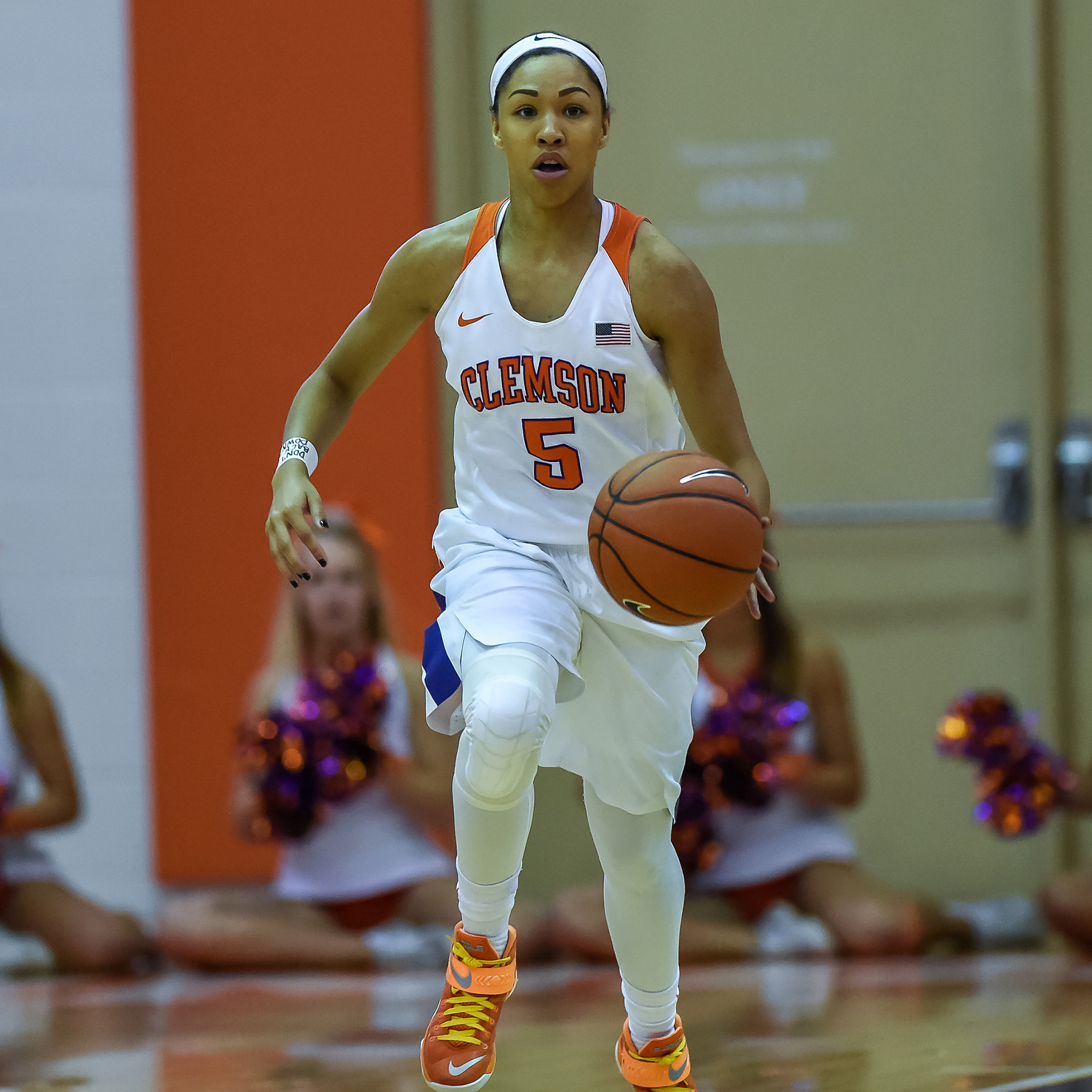 TALLAHASSEE, Fla. – Clemson (4-19, 0-10 ACC) fell to #10/9 Florida State (19-4, 9-1 ACC) by a final score of 75-56 Sunday afternoon in the Donald L. Tucker Center. The Tigers played Florida State evenly in the first half but could not overcome a third quarter in which Clemson fell into a shooting slump and Florida State pulled away. Danielle Edwards led the Tigers with 14 points and Nelly Perry and Aliyah Collier each added nine points for Clemson.

Clemson jumped out to a quick start and led 7-6 at the first media timeout behind five early points from Alexis Carter. With 2:09 remaining in the quarter, Clemson and Florida State were tied at 12 however, the Seminoles went on a 7-2 run in the final two minutes to take a 19-14 lead after the first ten minutes of play.

The Seminoles extended their lead to 21-14 with nine minutes left in the second quarter. Clemson would not go away, fighting back by going on an 8-0 run and holding Florida State scoreless for nearly four minutes. The Tigers tied the score at 24 on a Danielle Edwards layup with 4:43 remaining in the half. Florida State countered with a 9-0 run until Sirah Diarra halted the Seminole spurt with a layup at the 1:25 mark. Neither team could find the bottom of the net in the final minute of the quarter. Clemson trailed Florida State 33-26 at the half despite forcing 12 first half Seminole turnovers.

Leticia Romero, who sat out most of the first half due to foul trouble, sparked Florida State early in the third quarter, scoring five quick points. With Romero as the catalyst, the Seminoles went on an 11-0 run, taking a 48-30 lead into the under five media timeout. Clemson did not seem to have an answer for Florida State defensively in the third quarter, as the Seminoles held a 59-39 lead heading into the final quarter of play.

Clemson stepped up their defensive pressure in the fourth quarter, holding Florida State to one point in the first 4:02 of the quarter. The Tigers would go on to win the fourth quarter 17-16 but the late effort was not enough to affect the final outcome.

Clemson is back in action on Thursday, Feb. 11 as they take on Wake Forest at 7 p.m. in Jervey Gym. The game is designated as the Tigers’ Play4Kay game. Fans are encouraged to wear pink and there will be opportunities to donate to the Kay Yow Foundation throughout the game.