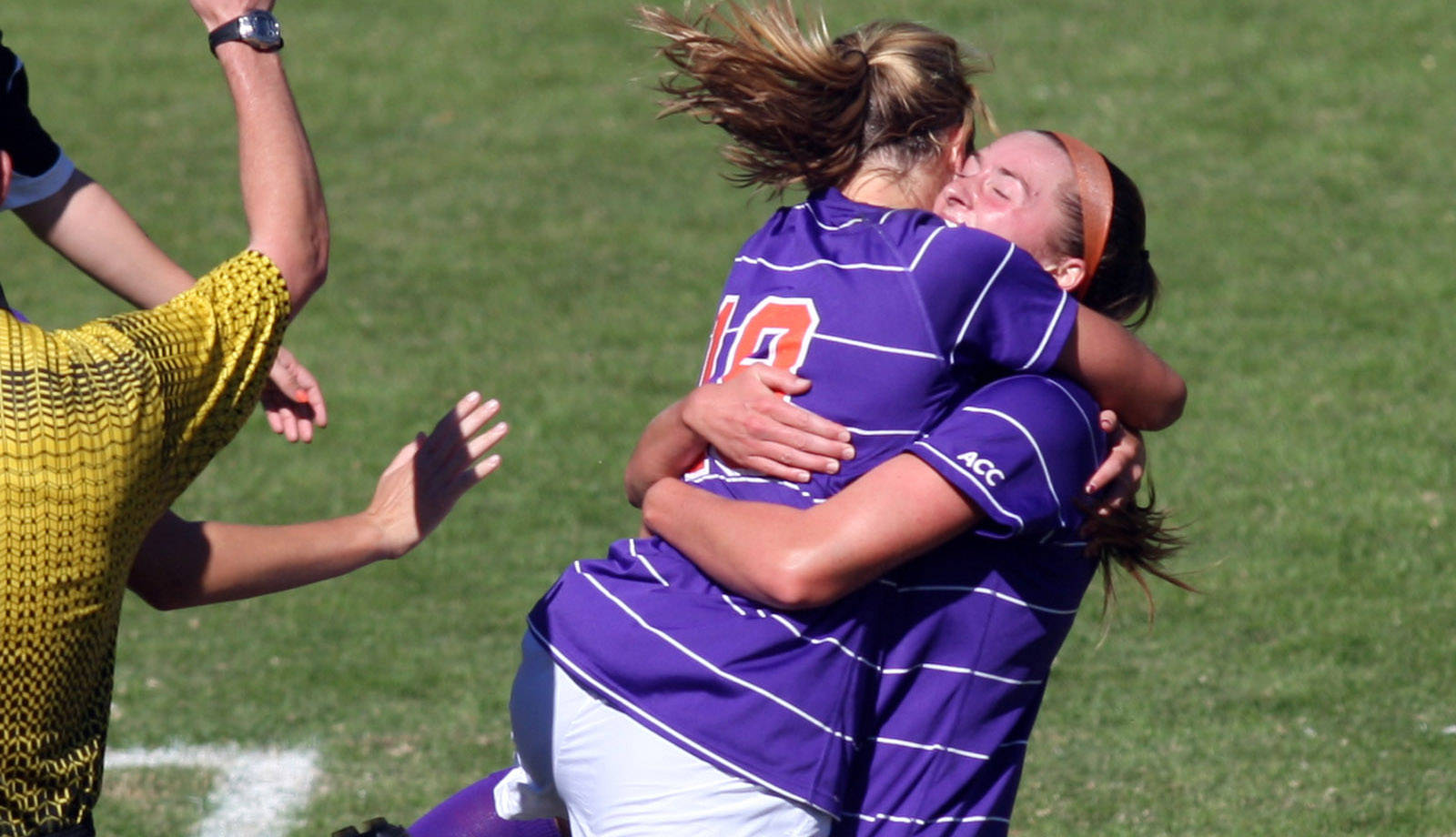 Prior to the game, the Tigers honored seniors Maddy Elder and Heather Marik, who were playing their final game in a Clemson jersey.  Recording the team’s first ACC win of the year was a good send off for the two seniors, who are both four-year starters and team captains, and who both played all 90 minutes in Sunday’s victory.

“It feels great to walk away with a win today,” said Elder.  “That is the direction that this program is heading.  It definitely feels like a weight lifted off our shoulders and hopefully the team can keep this going into next year.”

“This was a good way to go out,” added Marik.  “It has been a long road, but to get that goal and to get the win today – it just feels like it has paid off.  This win should give the team good momentum heading into next season.”

The Tigers outshot the Wolfpack 17-12 in the game, and had several good scoring chances.  The game-winning goal was scored at the 72:26 mark by freshman midfielder Jenna Polonsky.  Seconds before, Elder took a hard shot from the left side which glanced off the post and landed inside the box.  Polonsky used her left foot to tap the ball into the back of the net for her third goal of the season.

Junior goalkeeper Morgan Hert recorded five saves for the Tigers and improved her record to 1-1 in goal on the year.  In the final minutes of regulation, Hert came up with a diving save on an NC State shot that would have tied the game.

“I feel good for the players,” said Head Coach Eddie Radwanski.  “They have not given up all season.  They came out with the right mentality and conviction to play.  Even after we scored, we kept at it until the very end of the game.  We were the better team today and I’m proud.  The crowd was also great today.  They were very supportive and it was obvious that the team was feeding off their energy.

“I’m very happy for the seniors.  They are two great kids who have given everything to this team.  Maddy was the player of the game today.  It was clear that she really wanted it.  She won every ball and she never got down.  Heather Marik has played like a warrior over the past month and has really stepped up her game.  I’m happy, especially for them, that we were able to end on a good note.

“Looking at the big picture, we beat South Carolina earlier this year, and we won an ACC game to finish the season.  This is a good step forward for the program.”