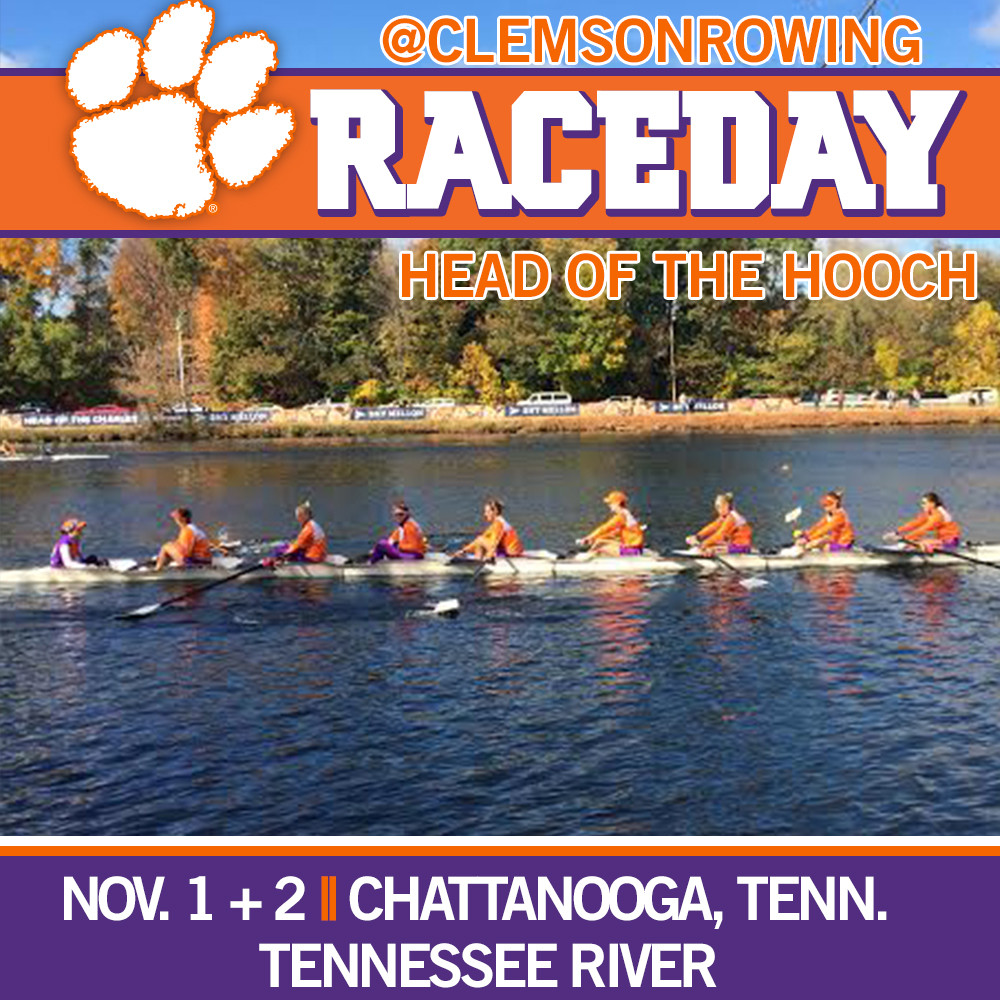 Clemson Continues Fall Slate with Head of the Hooch

CLEMSON, S.C. – The Clemson rowing team continues its fall schedule this weekend with the annual Head of the Hooch in Chattanooga, Tenn. The Tigers will compete in seven races over the two-day event on November 1 and 2, with 13 total Clemson boats in action.

The Hooch is the second regatta for Clemson this fall. The Tigers competed at the Head of the Charles on October 18 and 19, with the Varsity 4+ finishing in seventh place in the Club Fours and the Varsity 8+ was 21st in the Championship Eights.

On Sunday, the Tigers will compete in four events: Championship 1x, Lightweight 1x, Open 2- and Open 8+. In 2010, Clemson won the Open 8+ in addition to three other top-15 finishes.